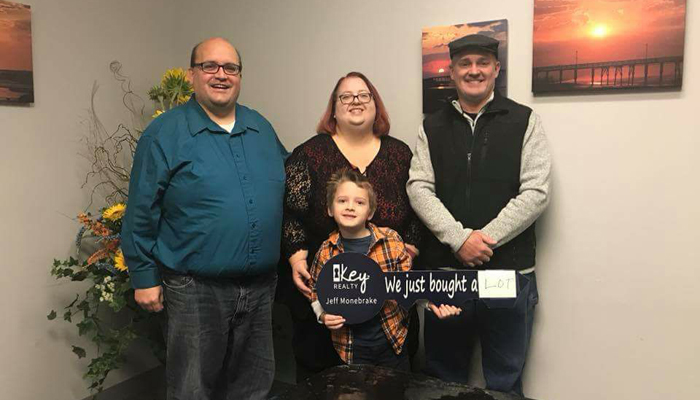 So we bought the lot!  It’s been a bit of a roller coaster, but in the end we got it done.  We had some confusion when we went to wire the money and with it being the week of Thanksgiving there were bank holidays and abnormal business hours that came into play, but in the end we got it done albeit over the phone.  On Black Friday we made the biggest cash purchase of our lives when we bought the 4 acres of land!  Yay!

But there are some down sides.  As I previously mentioned, the neighbor’s barn was encroaching on our land and we were going to have to try to swap some land with them to solve the problem.  Well we didn’t get that settled before we bought the land and we just had to go forward and pray it all worked out.  In the end it was determined that we really couldn’t swap land because of road frontage restrictions for our county and how far back their house sits.  This left options that we could either go to court and try to force them to move the barn and tie the whole thing up for who knows how long, turn them into code enforcement and have the county deal with it but we were told by our land planner that could take a couple of years, make them purchase our land or give them the land they needed to be compliant.

In the end we decided we would give them the land in order to be compliant provided they paid the fees associated with the transaction.  We had already outlaid $1,000 to prove they were on our land and it would cost at least another $500 to have the surveyor come back out to set new pins, pay a lawyer to draw up a quit claim deed, pay county fees, etc.  After some back and forth with the neighbor, they finally agreed to this transaction and we had a couple of meetings to meet them and go over the details.

At this point we have received reimbursement for our original survey from the neighbor, but our land planner had billed them twice to get the rest of the money from them.  We will find out soon if he ever paid it and we promised the land planner he wouldn’t be left holding the bag if they didn’t pay.  I want to have a good relationship with all of our new neighbors, but I have to say things will definitely be strained with this neighbor if in the end we have to pay the balance (around $650) on a problem we never created.

Everyone we have talked to about this situation have said they thought we were being very generous in the way we were handling the situation, but there seems to be a certain amount of defiance and entitlement on the husband’s part that makes me not completely trust that this problem (encroachment) may not be an issue again in the future so we plan to put a split rail fence down the whole side of the property.    That is definitely not something we originally planned to do nor do I really want, but this is definitely a situation where we feel the old adage that “good fences make good neighbors” holds true.