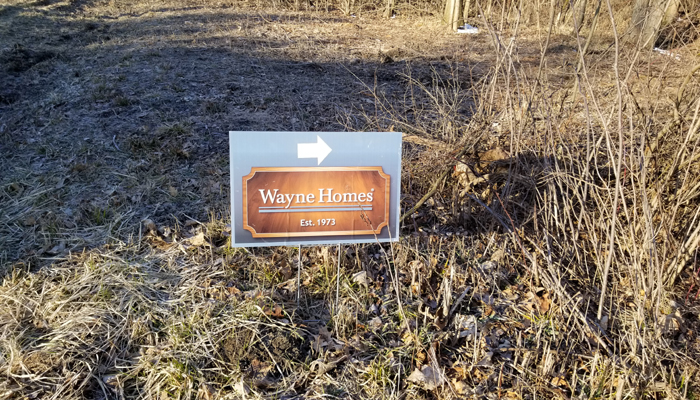 Today the landscaping company we have been working with sent a worker out with a walk behind brush hog and a chain saw to help us finally clear the rest of the meadow where the house will be built.  The rain has been so bad with the standing water on the property that no other equipment could really be brought in without sinking.

The worker was still not able to get everything done because of the water in certain areas, but we finally got the vast majority mowed down so that we are no longer tripping when we walk and we can more clearly see the space that the house will be and the size of our front yard.

Every little thing is progress…

We also met with a representative from the electric coop about getting our electric installed.  We were originally told on the phone that they paid for the trenching of the lines, but that turned out to be false.  So where we were hoping to save some money there because of overruns that we know are coming because of how much we will have to build up the house, that will not be the case.

Another hit to our personal budget was the fact that they want to trench the lines down the side of our property which means we have to have the big landscaping crew come back out and take down about a 15 foot x 150 foot of trees and overgrown honeysuckle bushes so that they can get their equipment in there to trench.  This is on top of another time later that they will have to come out to cut down about the same amount of trees in the woods behind the house for the septic system.

I can’t wait until we get to the dig date and we’re not bleeding out so much personal cash.  Had we realized how much extra all of this would cost we would have increased the cost of the loan to cover it, but that ship has sailed.