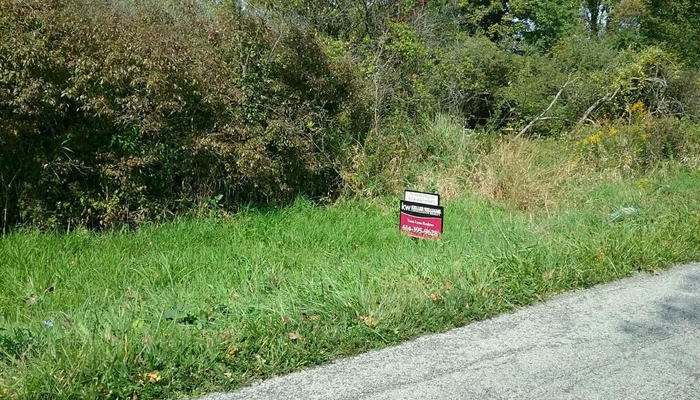 Location, location, location! That’s the mantra of real estate. I was looking back on my house update and started really thinking about the importance of location when we were building our house.

When we started the process of looking for land we knew we wanted to move back out into the country. Richard and I had both grew up in the country and wanted that life for our son. We wanted out of 1000 houses in a one square mile of space. Where people are constantly cutting through your yard and leaving trash along the way. We wanted away from kids playing ding dong ditch Because they are poorly supervised. Where your car is broken into and items are stolen off your porch because teens who are not parented well are left to run the streets at night.

I won’t even go into what we think about HOAs. Or how we were tricked into buying a house that was in an HOA. We were literally lied to by the builder’s representative. And we were naive enough to think if we were buying a brand new home we didn’t need a realtor as certainly the builder would not lie to our face, right? Ugh. You live and you learn.

Knowing What You Want

So for our location, first off we wanted to live in the country. I’ll go a step farther and say that we wanted to have some acreage. Ideally we wanted to have 3-5 acres but looked at plots as small as 2 acres. We wanted some woods with mature trees. Our loftiest dreams would have been 4 or 5 acres with woods and a pond, but we knew that was going to be hard to come by and expensive if we found it. But hey, it’s good to have a dream goal in mind.

So that was a pretty general location, right? No specific geographical area required. We just what we wanted the land to look like and that we didn’t want to be in a city. Not only did we not want it on city streets, but we really didn’t want it in city limits. This was more of a financial strategy. You see for years we had been paying double city taxes…taxes for where we lived and taxes for where Richard worked. I personally believe this is taxation without representation and should be illegal. It’s one step further as double taxation, because although Richard is taxed where he works we have no voting rights in that city. We also can’t petition to get the money back, yet because we lived in another city we had to pay taxes to that city as well.

How this is legal, I really will never understand. By buying land outside city limits would prevent us from having to pay city taxes where we live and therefore stop the double taxation. Granted we will still have to pay taxes wherever Richard works, which in my mind is still taxation without representation, but hey at least we wouldn’t be double taxed anymore.

Our original target area didn’t work out for us. We were looking to be south of Columbus to be closer to where some of my family members lived. But after months and months of watching Zillow and driving around our target area, nothing but tiny strips of land or land that was in HOA planned development turned up. Some of the land even outside of a planned development was still in an HOA area. It was quite eye opening to see how many areas in the country now are controlled by HOA. Honestly I would rent before I would belong to an HOA so that was an immediate deal breaker.

We continued to try to look for land and even got close to putting offers in on two different pieces of land before we found the one we purchased. The hunt for land was disheartening. Most of the available land were farmers fields. This is not what we were looking for at all. If the land did have thees, they wanted a boatload of money. The central Ohio real estate market has been a bit crazy for 4 or 5 years now with prices going up and up.

The first piece of land we were interested in was actually a little bigger than our original target at 6.5 acres.  It wasn’t the ideal spot because the commute for Richard wouldn’t be a very straight shot, therefore taking more time.  You can’t see it on the picture below, but it was also in front of a railroad track. We looked up the schedule and it wasn’t so busy that we thought this would be a big deal for us.

Additionally it had very little trees which was a disappointment. But honestly we were getting tired of looking and really not finding anything in our price range that wasn’t in an HOA or could work for the width of our house plan.  This piece of land had been on the market for over a year. So while it was a little high on our budget we thought maybe we could get a good deal on it because it had sat unpurchased for so long. We wanted a little bit of clarification on a couple of things and contacted the realtor on the sign.  It literally had sat there so long it took a while for them to route it to the right person.  During the course of our inquiry they increased the price by $10,000!  While we were willing to buy the not so perfect land if that’s what it came to at the price it was before or perhaps negotiate it down to a little less…there was no way we were going to give money to anyone who played games with us like that.

They didn’t have other offers. No, they didn’t have a clamoring of people wanting to purchase the land. They just wanted to gouge us because they finally had someone interested and we contacted them directly without the use of a realtor.  Yeah…..no.

We found a realtor and got close to putting in an offer on a plot or two of land. That was our dilemma. Do we get one lot that had no trees and was narrow or get that lot and the lot next to it which had a small stream and some mature trees around the stream, but spend more money than we wanted to because we had to buy 2 lots. We thought we might have been able to get a discount if we bought 2 lots, but it still would have cost us more than what we wanted to spend.

There were other drawbacks as well that we didn’t like. An overpass was located at the back of the lots, would that cause lots of noise? There was a shared access driveway, would we want to have to work with two other land owners to maintain the driveway? And while there were mature trees around the stream, there wasn’t any on the main part of the land that the house would sit on so it would still be years and years to get mature trees on the lawn. Around this time I decided to look a little farther out. Really it wasn’t that far at all, but when I did I found two more lots. They were only about a couple of miles from the lots we were considering. One of the new lots appeared to be wooded acreage so we went out to look at them pretty quick and were happy with what we saw.

It was an almost fully wooded 4 acre lot. The lot was close enough to the major highway that the time it would take to get into Columbus would basically be the same as the other lots. There were challenges don’t get me wrong. One neighbor had built his barn slightly on the corner of the land and that had to be worked out. Also, the area where our house and front yard would sit had some standing water and cat tails in it.

We knew these things would offer some challenges, but the lot was the closest thing to our ideal land we were going to get in our price range. In the end this location was further out than we had hoped, but it checked 90% of the boxes for our desires for our perfect land. So this is what I think about the mantra location, location, location. When it comes to purchasing land, yes geographical location is important if you are trying to stay close to family or a job. However, you may just miss your perfect land if you are too rigid in that way of thinking. When it came to location to a job, we originally wanted within 15-20 minutes. Where we ended up choosing was 25 minutes at the time. Big deal. Jobs change all the time so I don’t think you can guarantee that anyway.

When it came to location in terms of family and friends, we knew this meant we’d be changing churches and a few other things. This can seem scary…but when it came to family it’s not like we moved to another state. Being about 30 minutes farther away was not a deal breaker if you find your desired plot of land. You will find a way to make it work, and there’s no guarantee other people won’t move as well over time. Nothing in life is guaranteed.

So while the geographical location is important, I think the type of land, much like the state of a house, was more important for us in the end. The reason we ultimately went back to the idea of building a new home was because when we were looking for existing homes, we just never found the ideal house. For us being comfortable in the house was more important than the location. We were tired of remodeling. We just wanted to be able to enjoy a new (or new to us) home and everything we found just wouldn’t work or would end up in a bidding war and push us way over our budget.

Maybe we are not the norm when it comes to real estate, but I can tell you this, my home and its setting is peaceful and relaxing. It can be beautiful and inspiring. It is restful yet full of life. ❤ It’s worth the extra 10 minutes.