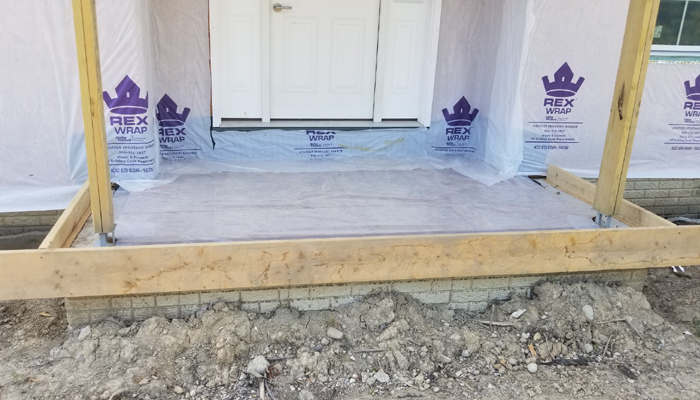 We heard from our Field Manager on Tuesday morning giving us the heads up that we passed the slab prep inspection and that the concrete would be poured on Thursday.  He also updated us on a couple additional items and what to expect in the next week or two.  We decided to go out to the land that evening to check out how the ground was drying out because we wanted to do some work on moving the logs yesterday.

We got there and saw all the prep work that was done and noticed that the dumpster had been moved over out of the way.  The ground was pretty dry so we planned to go back out on the 4th.  Yep, we were going to do a bunch of work on July 4th because honestly we have to maximize a lot of our time off, especially when the ground is dry.  Things didn’t quite work out the way we planned, but that’s another story. 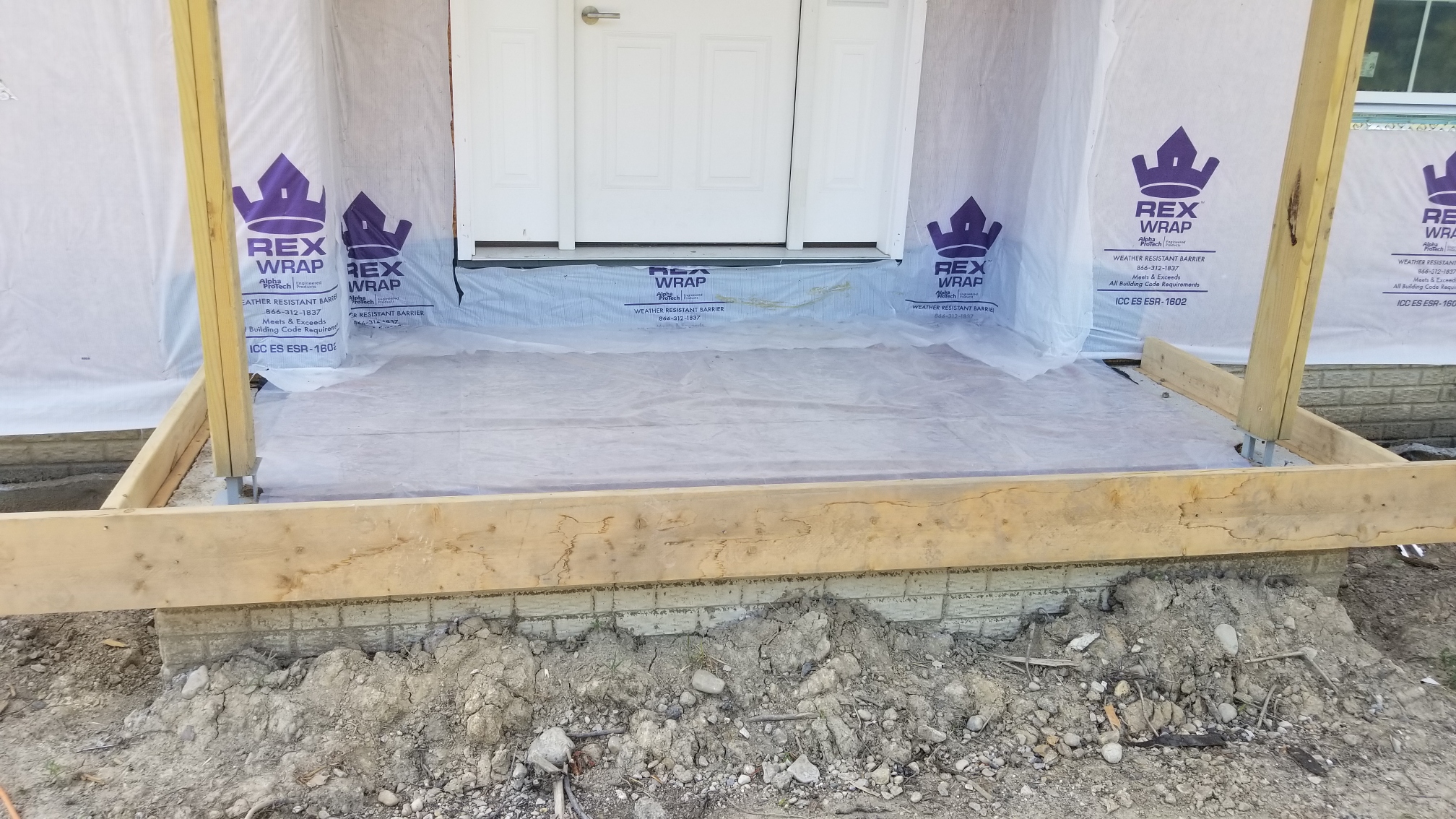 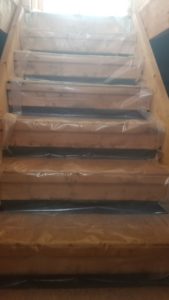 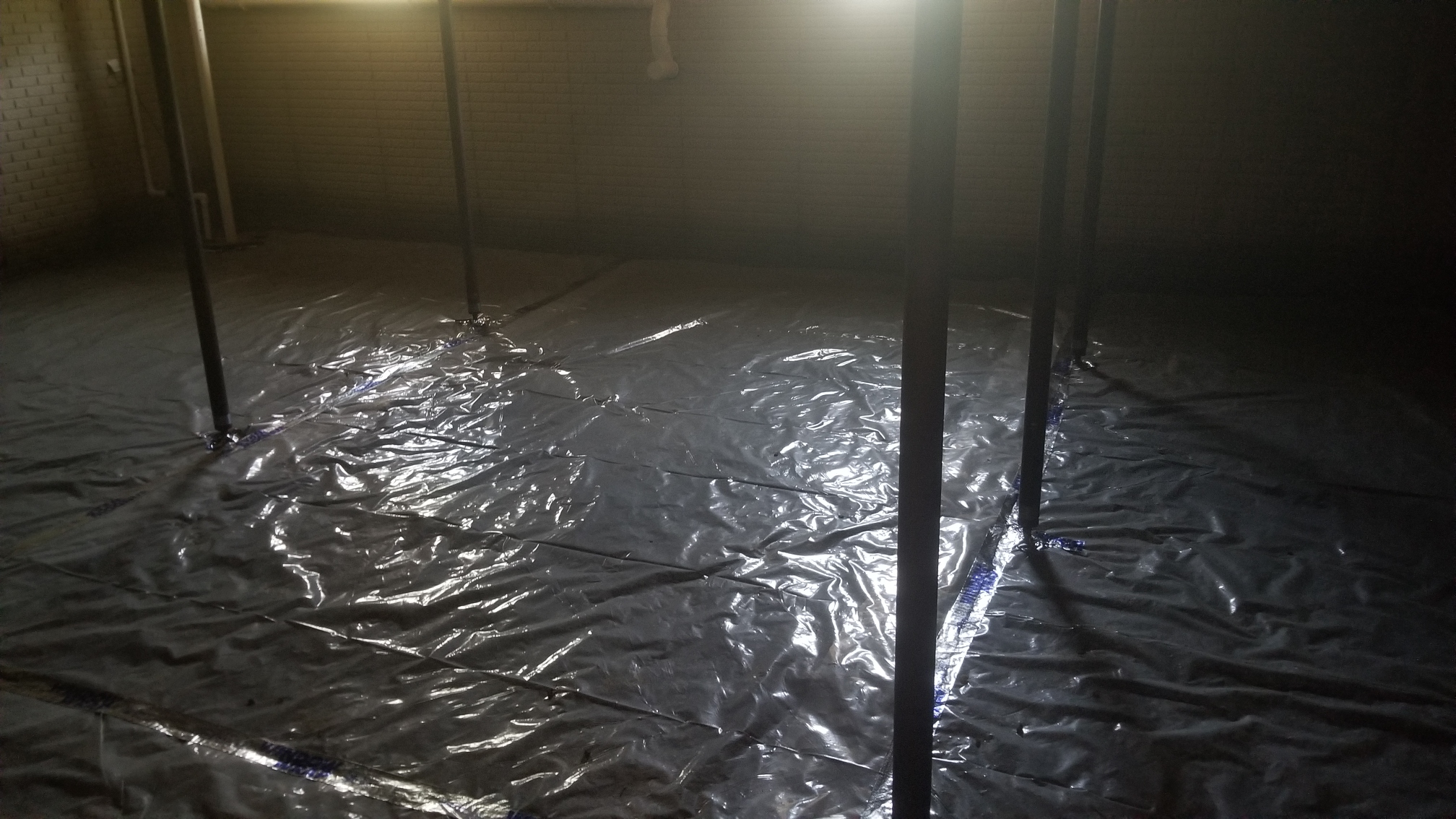 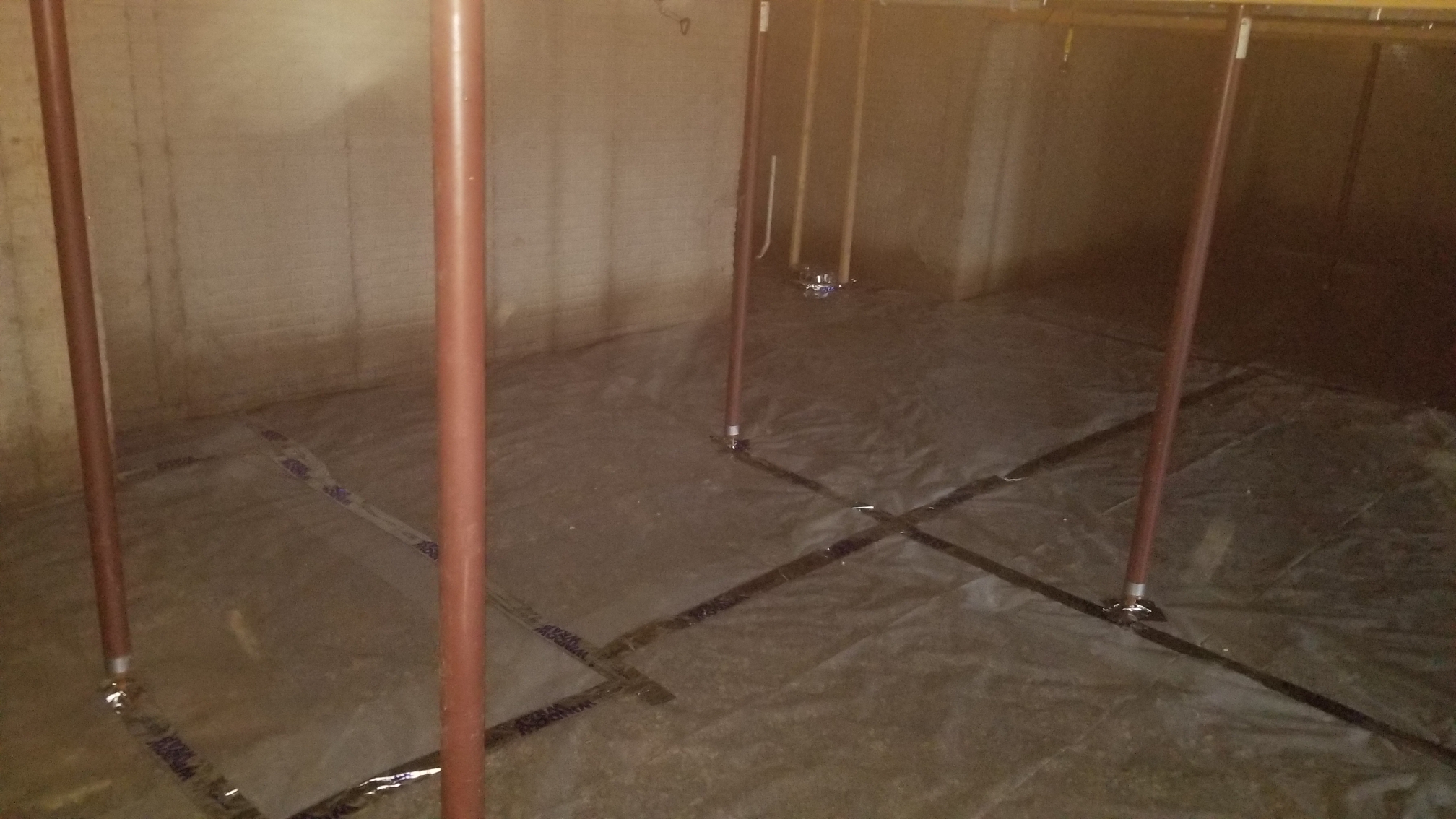 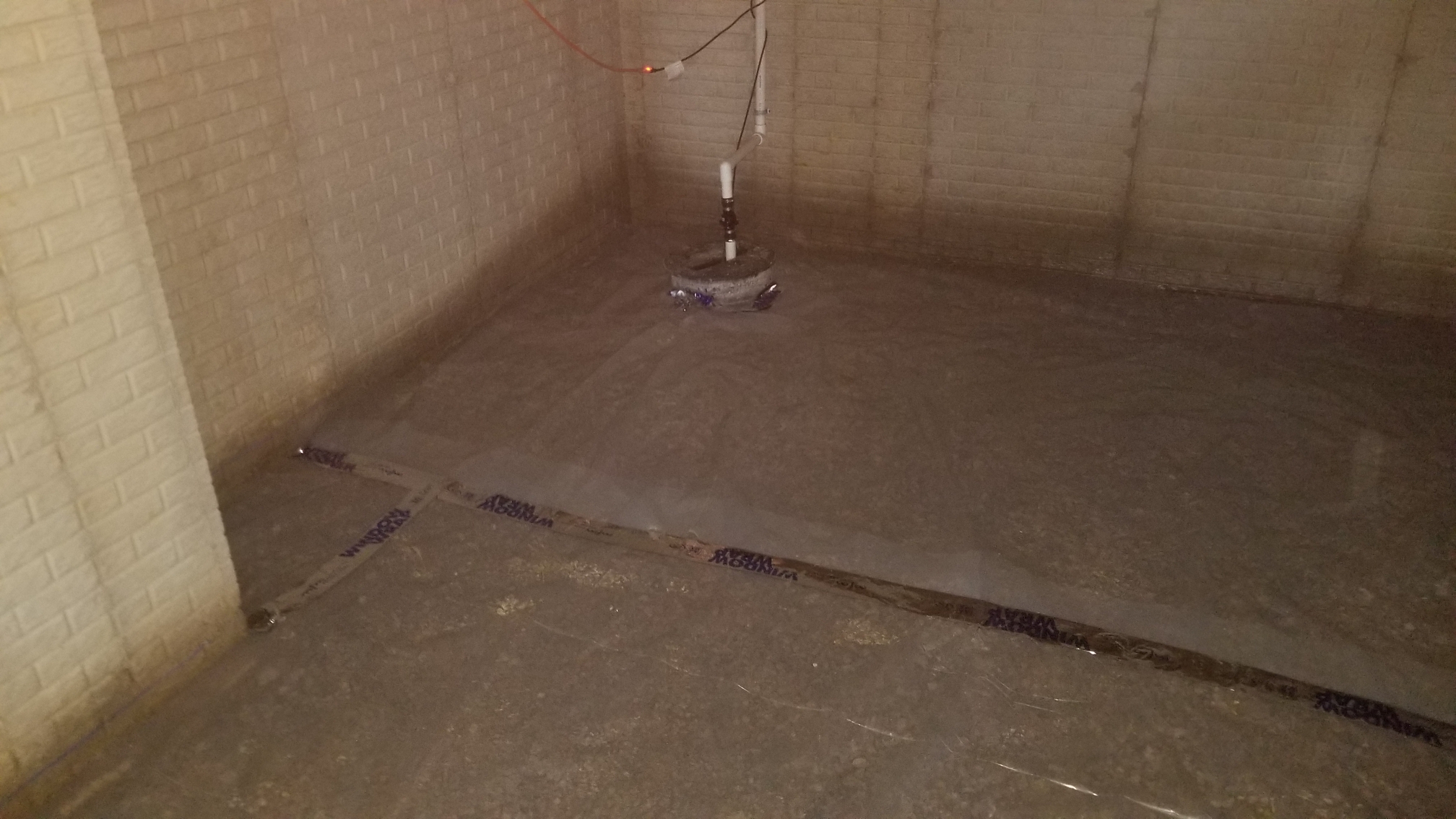 As you can see, all the slab prep has been done. Richard saw that there was ketchup packets under the plastic in the garage that will forever be under our concrete.  He thought that was pretty funny.

They have strung some basic lights up in the basement for working down there so there are a lot of extension cords running through the house and down through register openings to facilitate that.  Our FM told us it is time for us to get a dehumidifier as well now that the slab will be poured.  We did some research and found the one we wanted but unfortunately can’t purchase it locally, so it’s supposed to be delivered to our apartment next Wednesday.

The concrete being done today was a real dilemma for me.  Richard and I were torn about whether we wanted to write in the concrete and put handprints or some other design in it.  I didn’t want to do it in the basement as that would be pretty impossible for us to do and will eventually be covered when we finish the basement into living space.

So that left the front porch slab or the garage.  The garage would be easiest, but no one else would see it but us.  I would have preferred the front porch slab but we would have had to put it somewhere around the edge and that wasn’t what I really wanted to do.  In the end we decided to leave doing that sort of thing until we put in the sidewalk from the front porch to the driveway even though that probably won’t happen until next year.

As to our work day on July 4th, even going out pretty early, we got pretty hot fairly quickly moving logs in the heat we have been having.  We decided to skip that after about a half an hour and instead go do our final walk through to figure out some things before we have our discussion with the electrician tomorrow.  Even being out of the sun, by the time we left around 11, we were all super hot and sweaty.

We think we got a couple of the sticking points we had worked out, but will need to ask some things of the electrician and verify some measurements one last time.  Things like how to put our TV above the 2 story stone fireplace and where to put our rack for all of our ethernet connections, server and digital products have been a challenge.

We’ve also been dealing with some critters out at the house.  We saw our first snake yesterday.  It was about an 18 inch garter snake that was about the size of a thick pen in width, but it did run right in front of me to go hide by the foundation and it freaked Creative Kid out a bit.  We also found a beautiful monarch butterfly dead in the house near the back door.  I think he got in but probably hit the window trying to get out.  And we have a pair of mud daubers trying to make the house their home.  We saw them Tuesday night and found the start of a nest.  We knocked that down before we left, but found another one yesterday when we went back so Richard sprayed it with the some flying insect spray we bought to keep in the port a potty after there were wasps trying to make a nest there.  He was able to spray one of the mud daubers and kill it so hopefully the other one will move on out.  It’s hard to spray them when the whole house is so open for them to fly around/away.

Richard has tomorrow off work for us to meet with the electrician and possibly get some more work done on the logs.  If it is still too hot tomorrow we will be working this weekend on it because the temperatures are only supposed to be in the 70’s and the ground should still be dry, so this is our last good chance to do this ourselves before we decide to pay for some help to move them because they need to be moved off the septic area in the next couple of weeks.  They have to be moved by hand because we are not allowed to put machinery on the area where the septic will be.