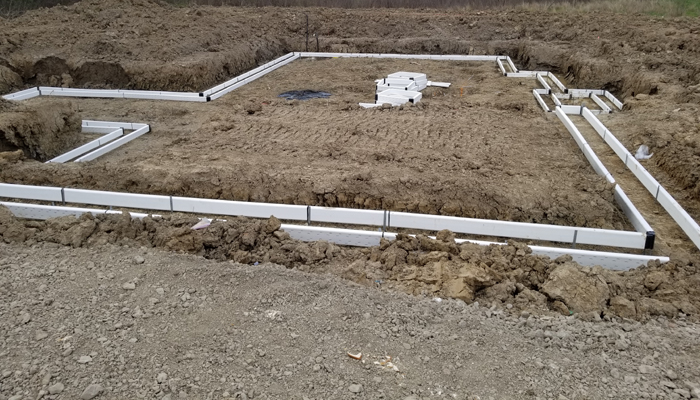 Well today they started on the footers.  We weren’t there to see the work being done, but went to the land in the evening to see what progress was made.  They were there all day and got most of the forms set, but we saw there was some more water near the front of the house than there was after the initial dig and that it looks like a piece of the ground collapsed near one of the forms and bent it.  I presume this happened after they left and it will have to be fixed tomorrow before they get to the point of pouring the concrete. 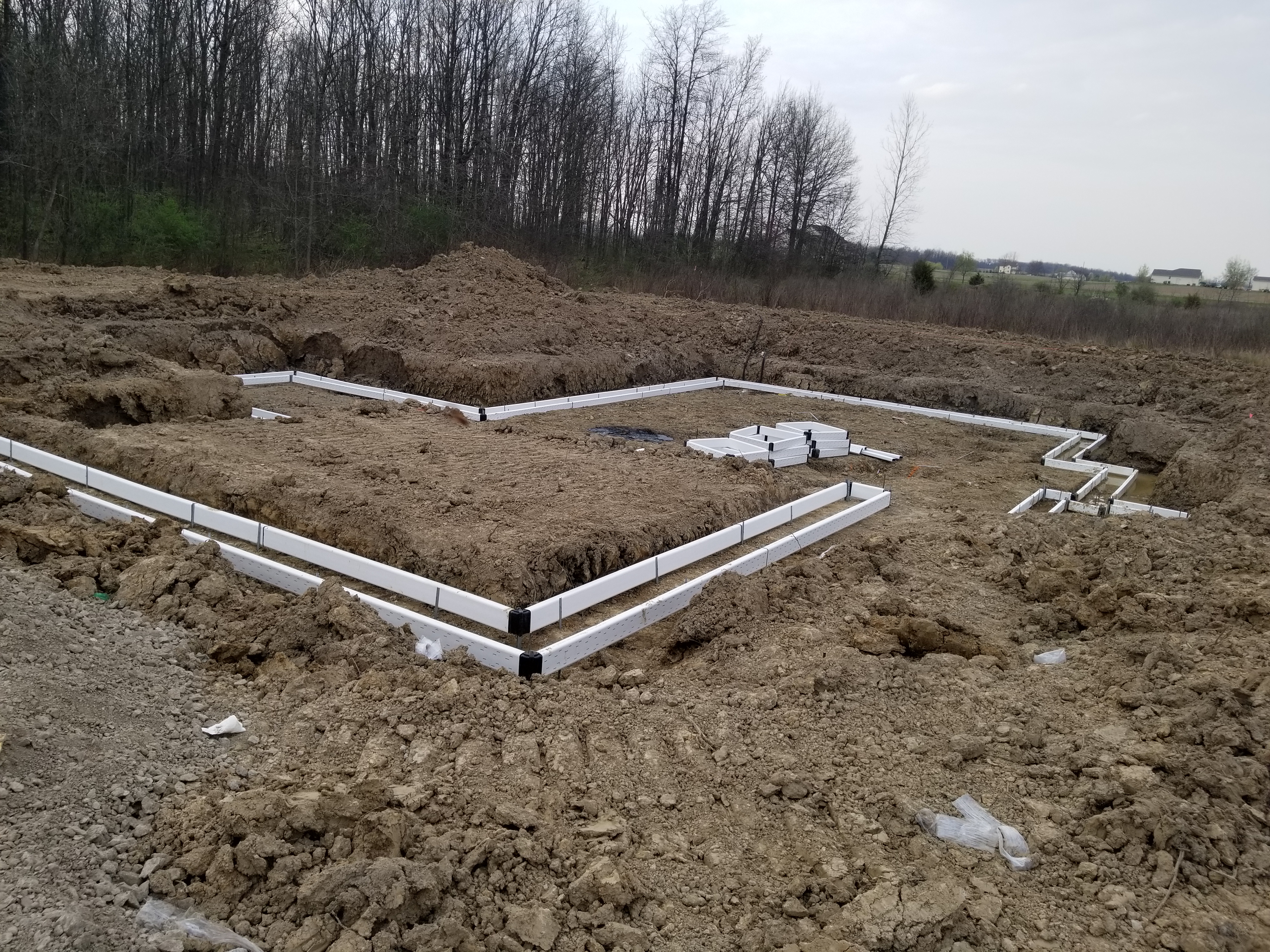 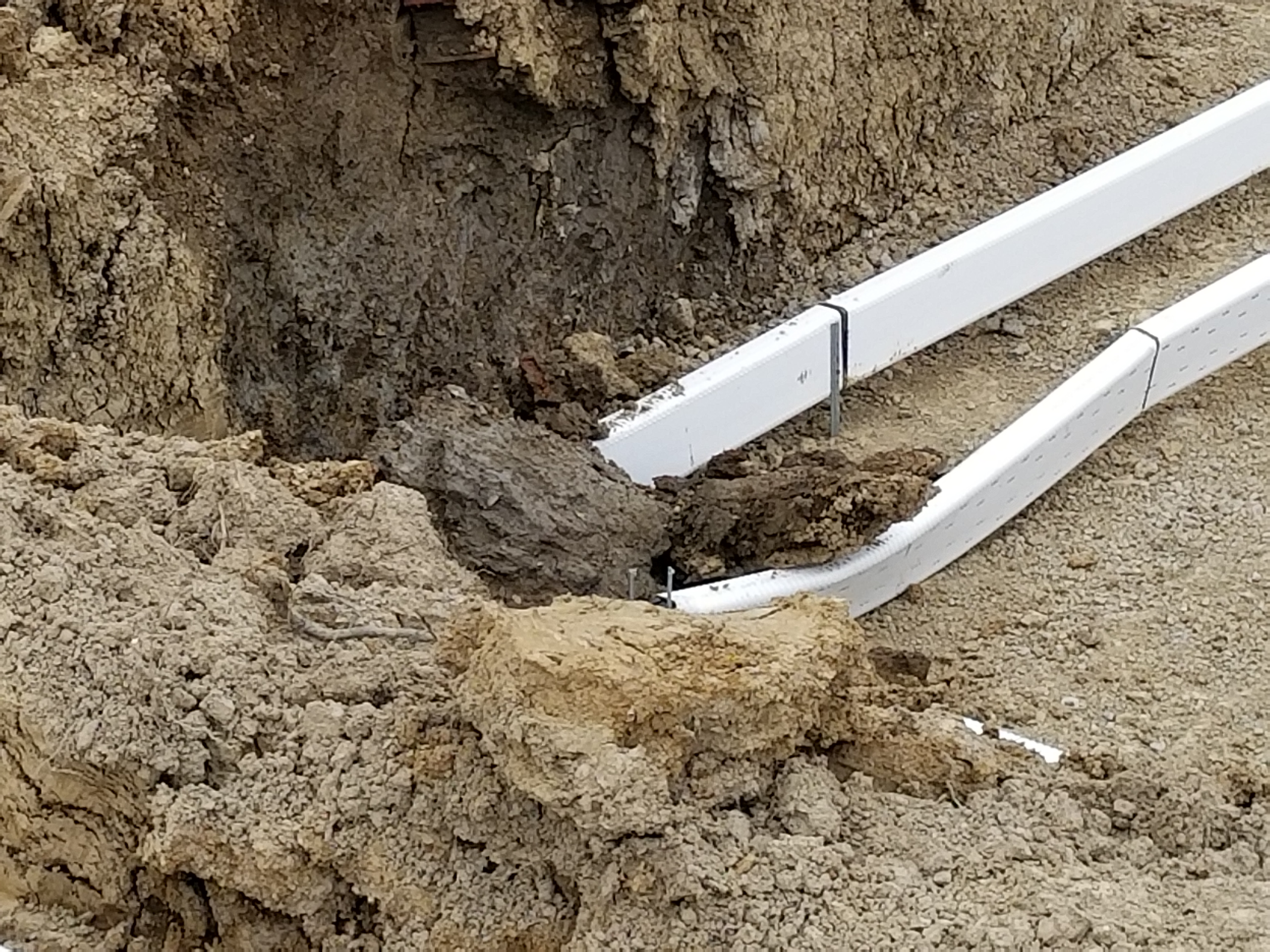 We were surprised that they didn’t get it all done but then again we had no idea how much work goes into this process and we know our house is a pretty big footprint.  We took off the files from the trail cam (something we do every time we go to the land) and it was definitely a full day for them.  The only thing I have to say about what happened today was that they left a lot of trash in our “yard” including things that won’t easily break down like plastic bags with half eaten sandwiches in them, other plastic baggies, plastic trash from the forms (I assume) and an empty cigarette pack.  There is not a dumpster on site yet, but still there is no need to leave trash everywhere.  Hopefully they pick up at least some of this once they are done.

Oh and it appears they burnt something in the middle.  I have no idea what, some of the trash maybe?  I wish we could be there every day because I find the whole process fascinating and always hate feeling like I missed out on part of the process. 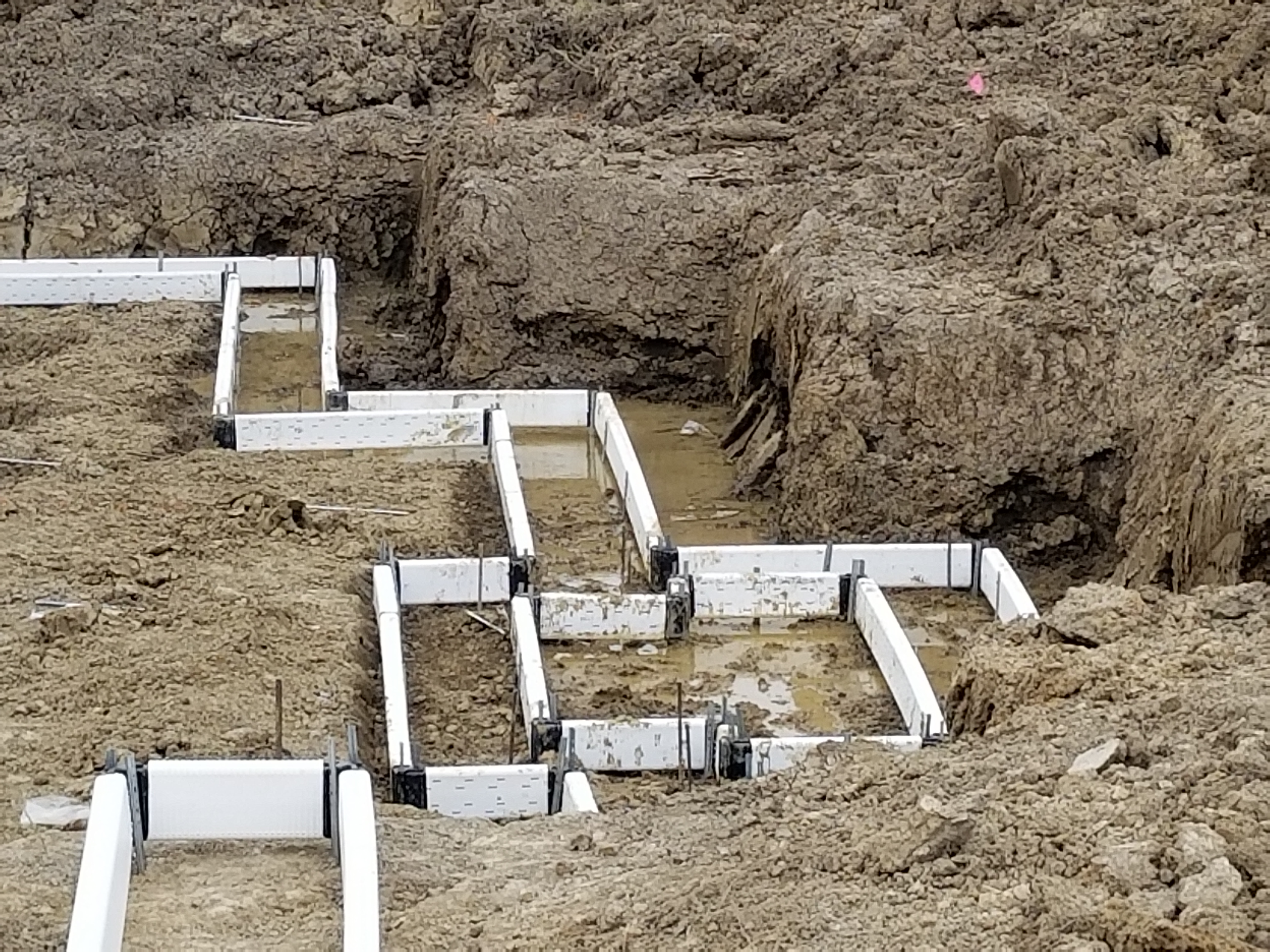 I’m a little concerned about the water in the front of the basement, but evidently they are not super concerned or they would have moved the sump pump that was in one of the holes (we will have 2 sump pumps when all is said and done because of the length of the perimeter of the house) to the area where the water is standing.  As of right now the sump pump is not in use at all and the forms go over part of the hole that was dug for the sump pump well that it was in.

I don’t think we will go out to the land tomorrow unless our Field Manager lets us know we should go check out the progress.  We will probably check it out on Friday though.  This is the one bad part about us not finding a good short term rental in Marysville.  We are living about a half an hour away and while we would love to go out there every night and check out the progress, our schedules do not allow that and have any family time. 🙁