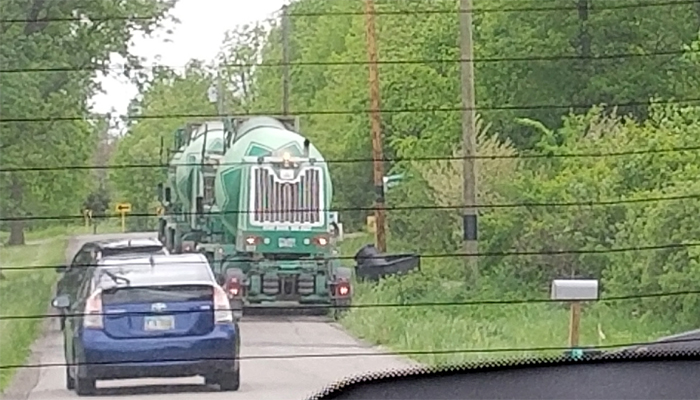 We went to the land today to meet someone local to get an estimate for tree clearing.  We like the people we have been using, but this next part is such a big job we wanted to do our due diligence and get a couple of estimates.  We will be going back to the original company we are using as the quote we got was outrageous to say the least and we were uncomfortable with some of the comments he made and don’t think he could do the things we needed.

When we got there the inspector was there to take a look and sign off on things and we were able to see the forms completely set up.  They were hosing them down with something while we were there (a release agent perhaps for after the concrete is set?), but were done for the most part. 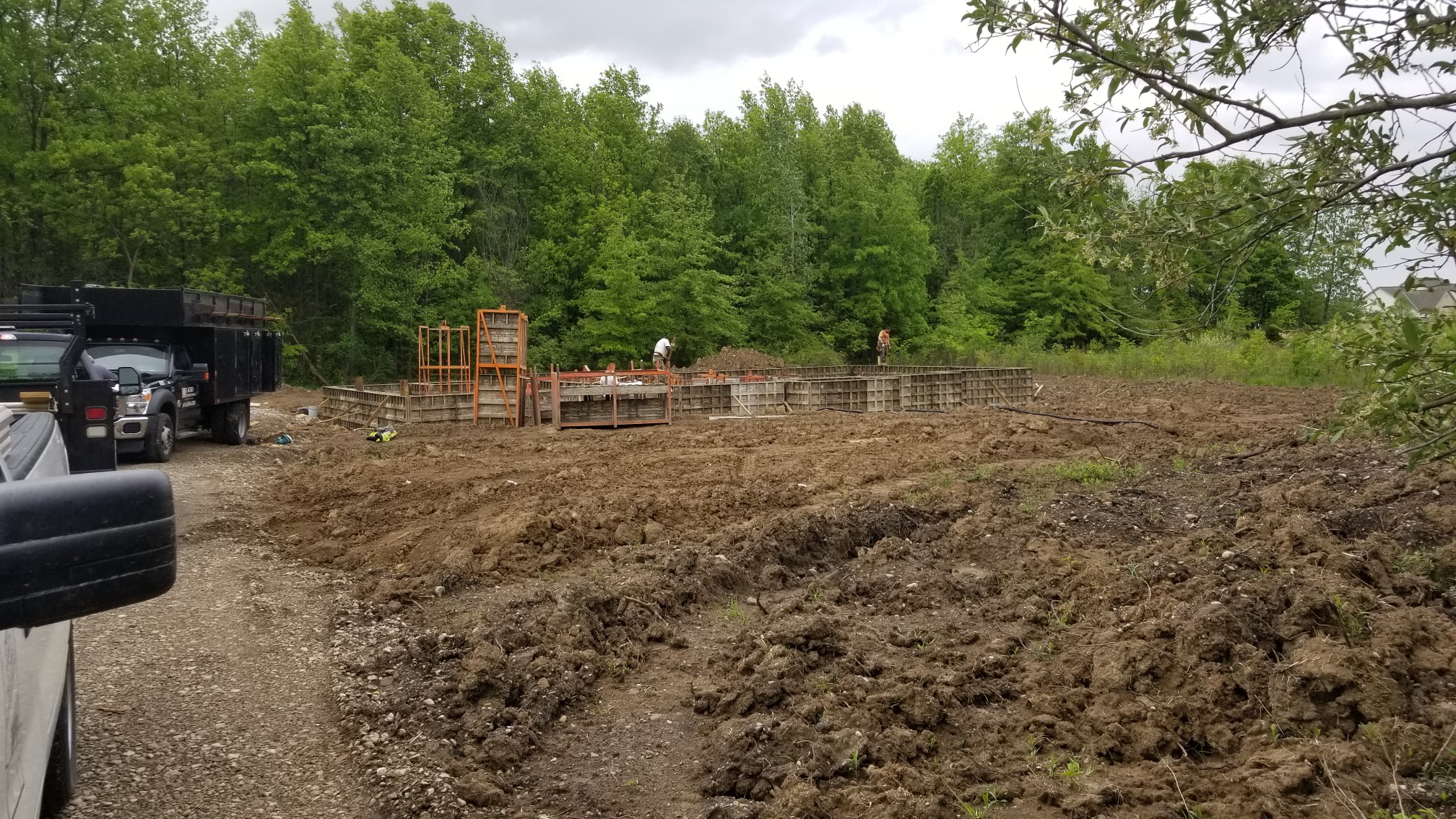 Here’s an up close pic of the basement wall forms under the sunroom.  As you can see there will be a lot of backfill to do once the concrete pour is complete and the forms are removed. 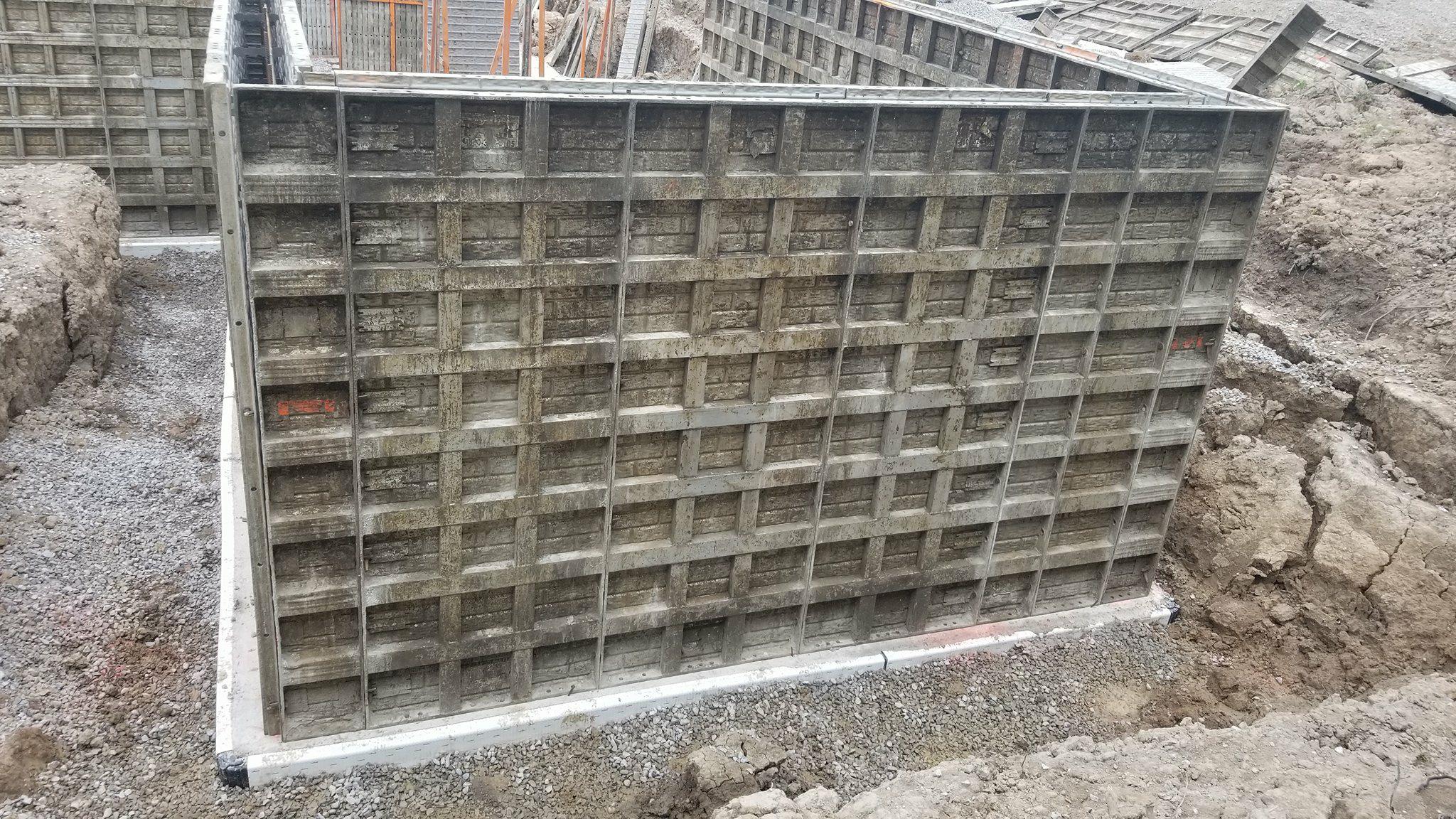 Another up close picture, this time of the back wall. 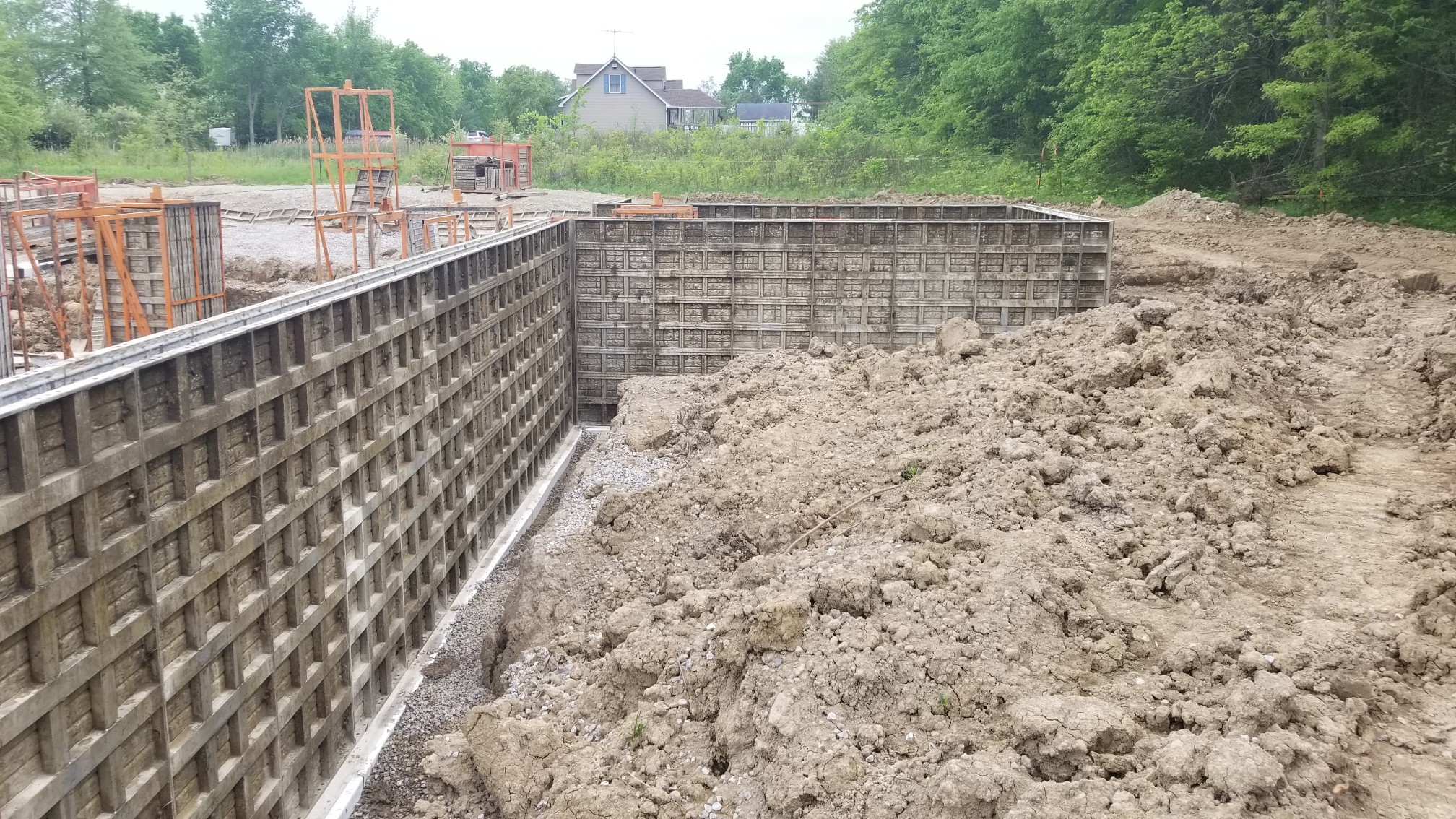 We had hoped to see a bit of the concrete being poured for the basement walls while were out there, but Creative Kid got a stomach ache and we couldn’t stick around.  About the time they were leaving we saw the first concrete truck show up.  We actually passed it on the road and decided to turn back around and stay for a few minutes and maybe see them start.

We came back by and the guys were all out discussing where to move all the trucks as the forms people already had 3 or 4 vehicles back the driveway.  The concrete truck was backed in and we didn’t know how long they would take so we went down the road the other way and said no, we won’t stay, who knows how long it will take them to get going. 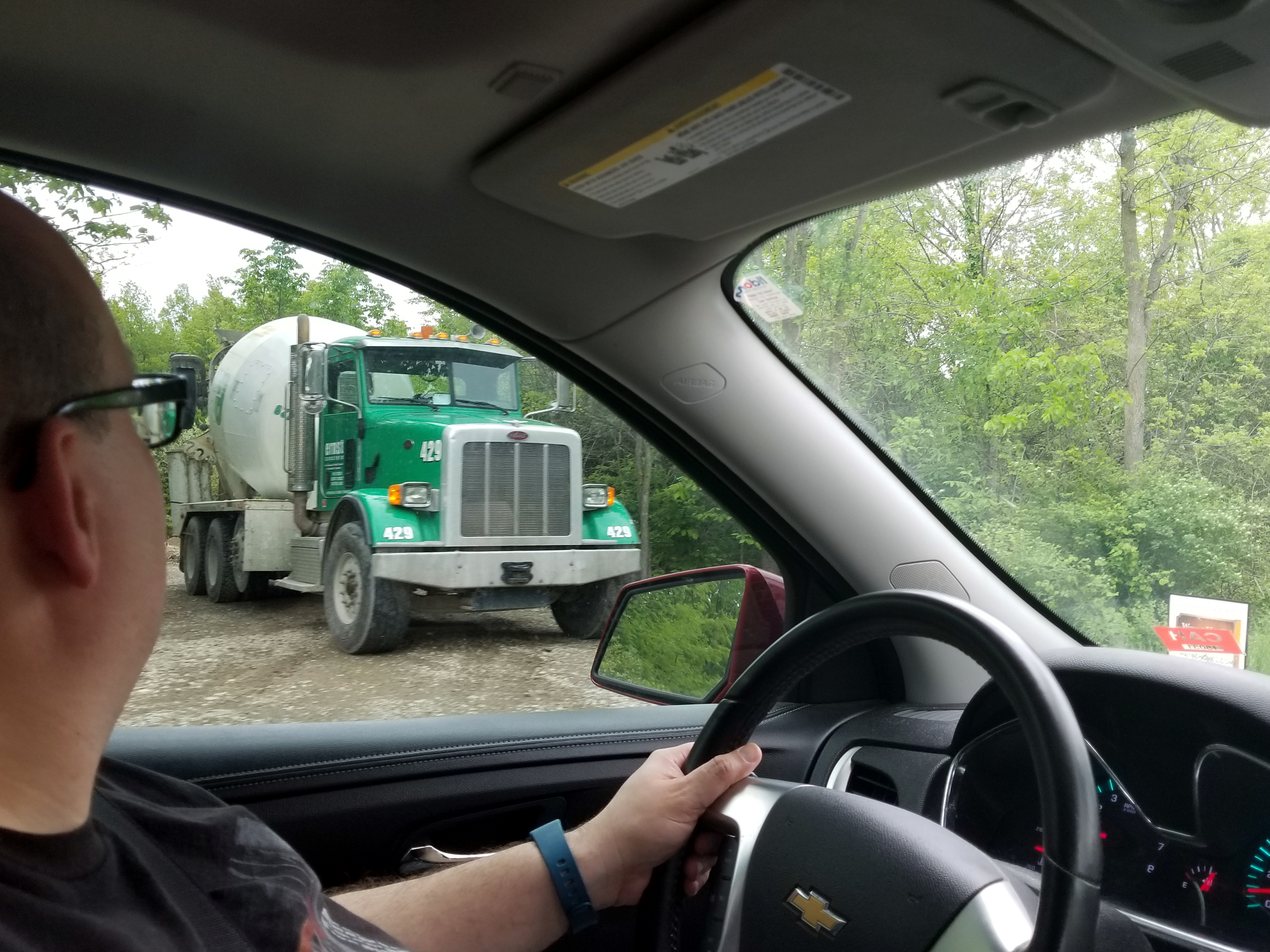 So we turned around again and went back by the land and by that time there was what looked like another truck there.  I got my camera out to take some pics of the trucks and as we got closer we realized it wasn’t just one more truck, it was two more trucks.  The two additional trucks were parked on the side of the road at this point so we carefully squeaked by them and headed out. 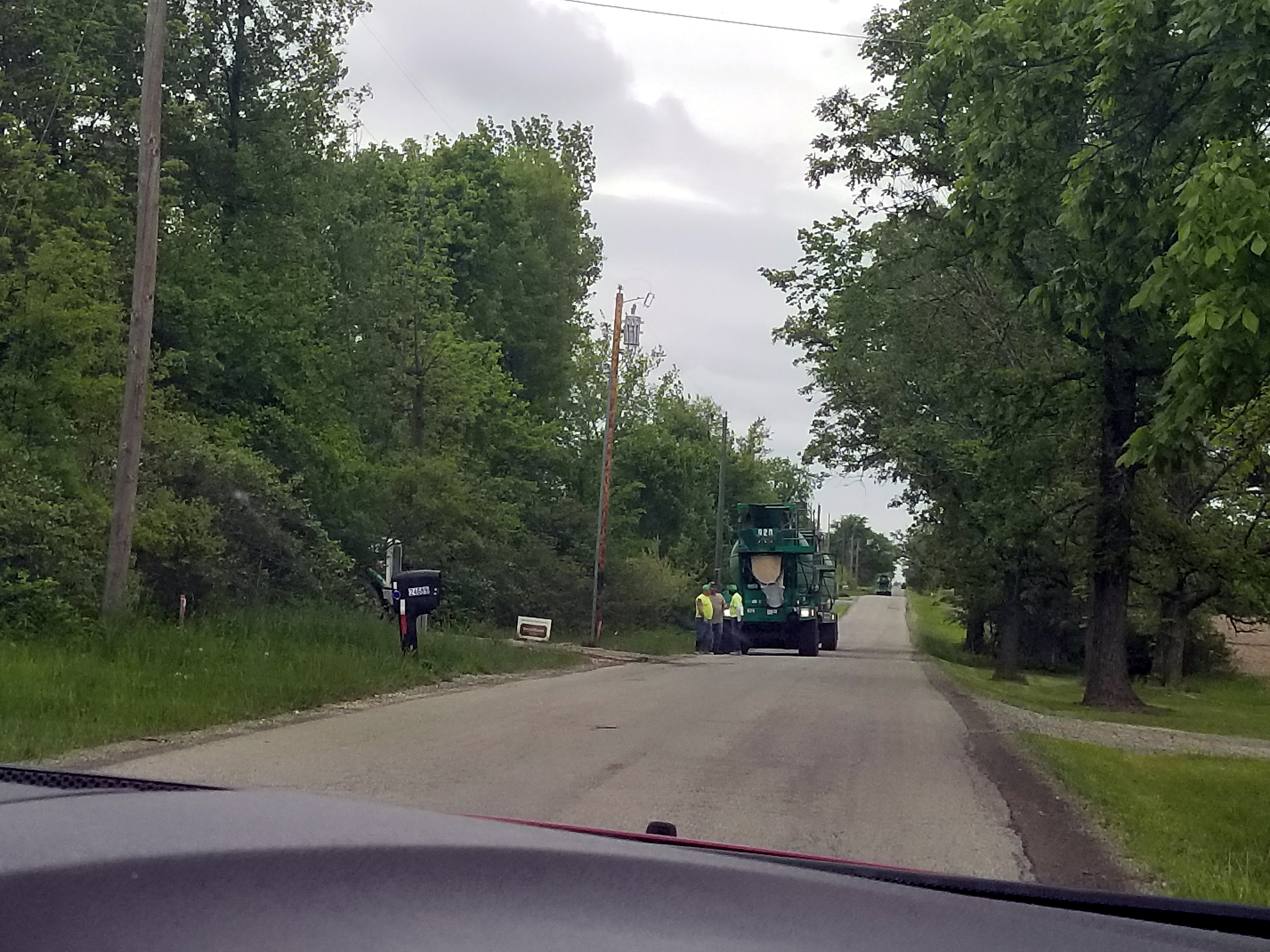 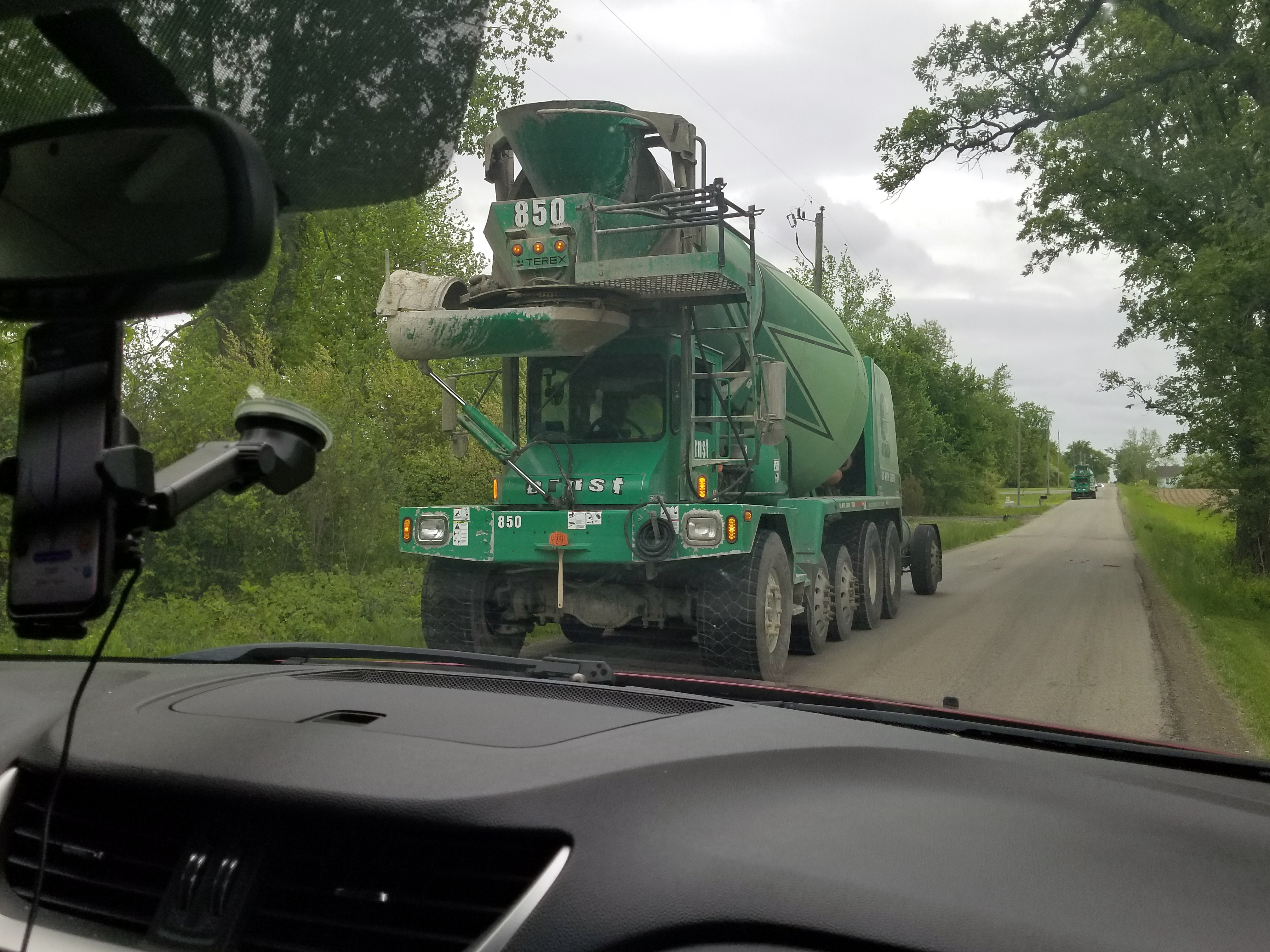 As we were passing the 2 trucks parked on the road we saw truck #4! 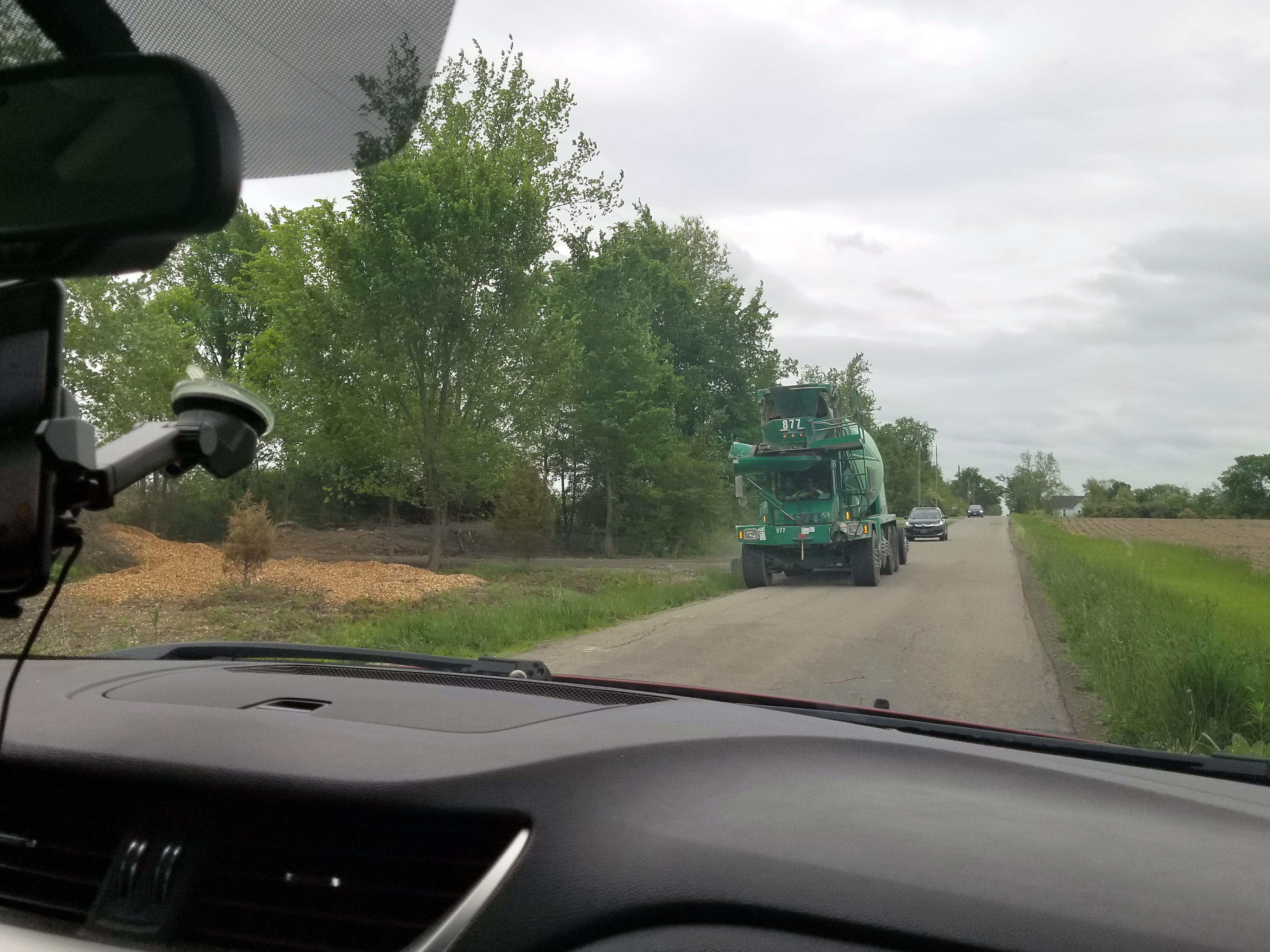 So I take this picture out the rear of the car of all the trucks stacked up along the side of the road.  If you look closely you can still see the tip of the nose of the one pulled into the driveway. 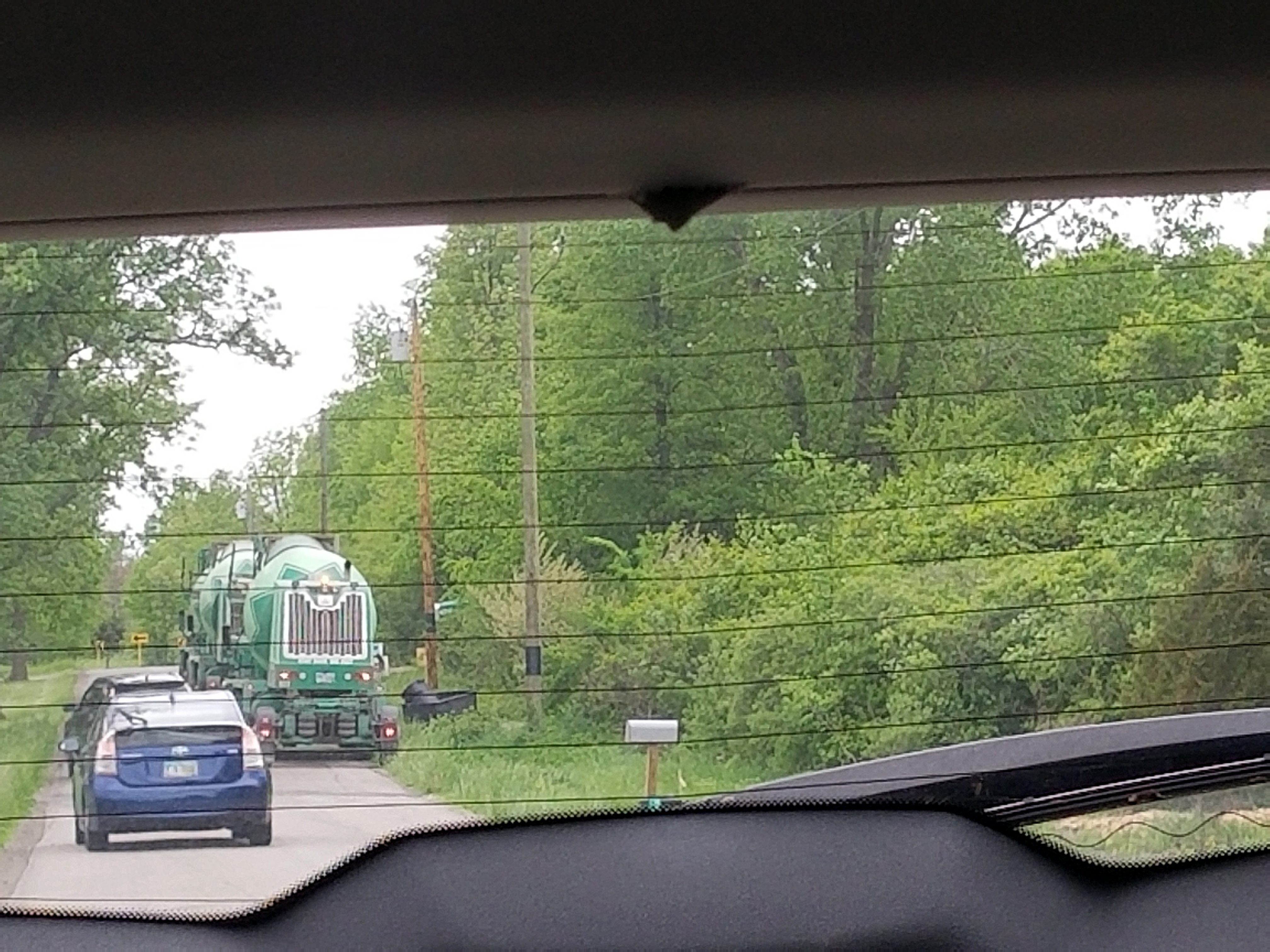 Then about 10 seconds down the road we passed truck #5 before getting on the highway to head back to our apartment. 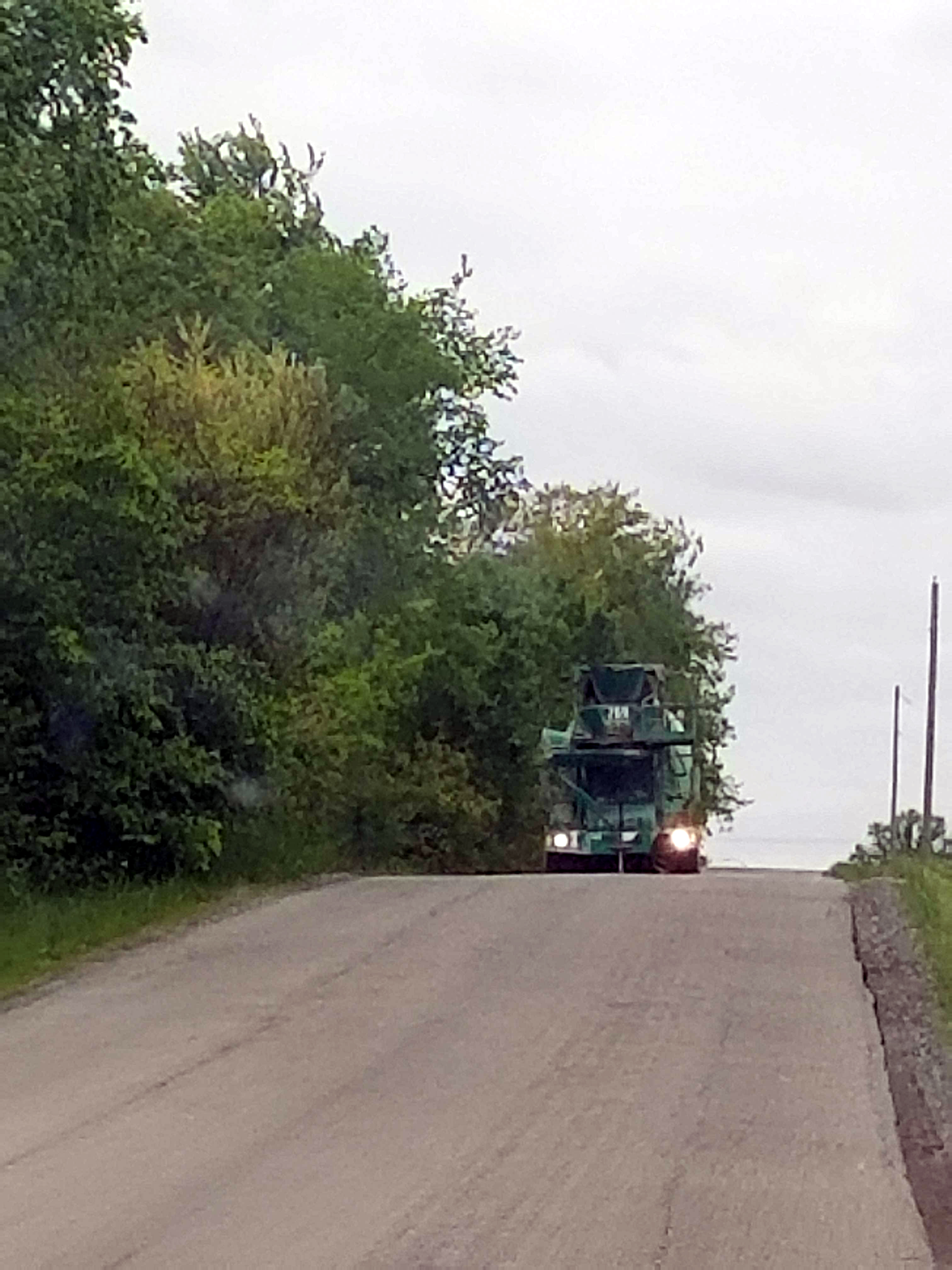 I didn’t get a picture, but shortly after we entered the highway we saw a pump truck go by the other way and we’re pretty sure we knew where they were going! ? We don’t even know that’s all the concrete trucks because depending on where they were coming from, we could have missed more of them after we got on the highway.

We plan to go back sometime over the weekend to get the videos off the camera.  I’m a little sad that we missed it (although I have no idea where we would have parked), but when you’re a parent your little(s) have to take priority.  As it was, we are going to have extensive clean up to do in the car because we didn’t get home in time and a minute away from the house, CK’s upset stomach let it’s presence be known…and then two more times once we got in the house.  Least to say, all of our plans for the weekend are on hold or cancelled until we know if he just had a sour stomach from foods he ate or if he has a stomach bug.  🙁