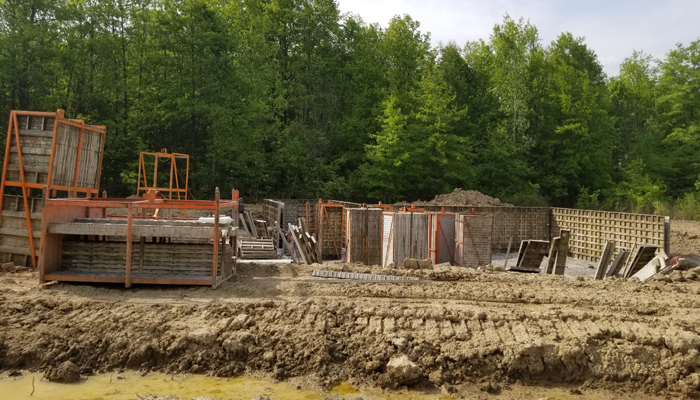 Today was the day we were told the people who do the poured walls for the basement would start.  We knew the forms had arrived around midday, but there was no one around when they were delivered and we assumed they were backed up from the earlier rains this week and that they wouldn’t be set until tomorrow. 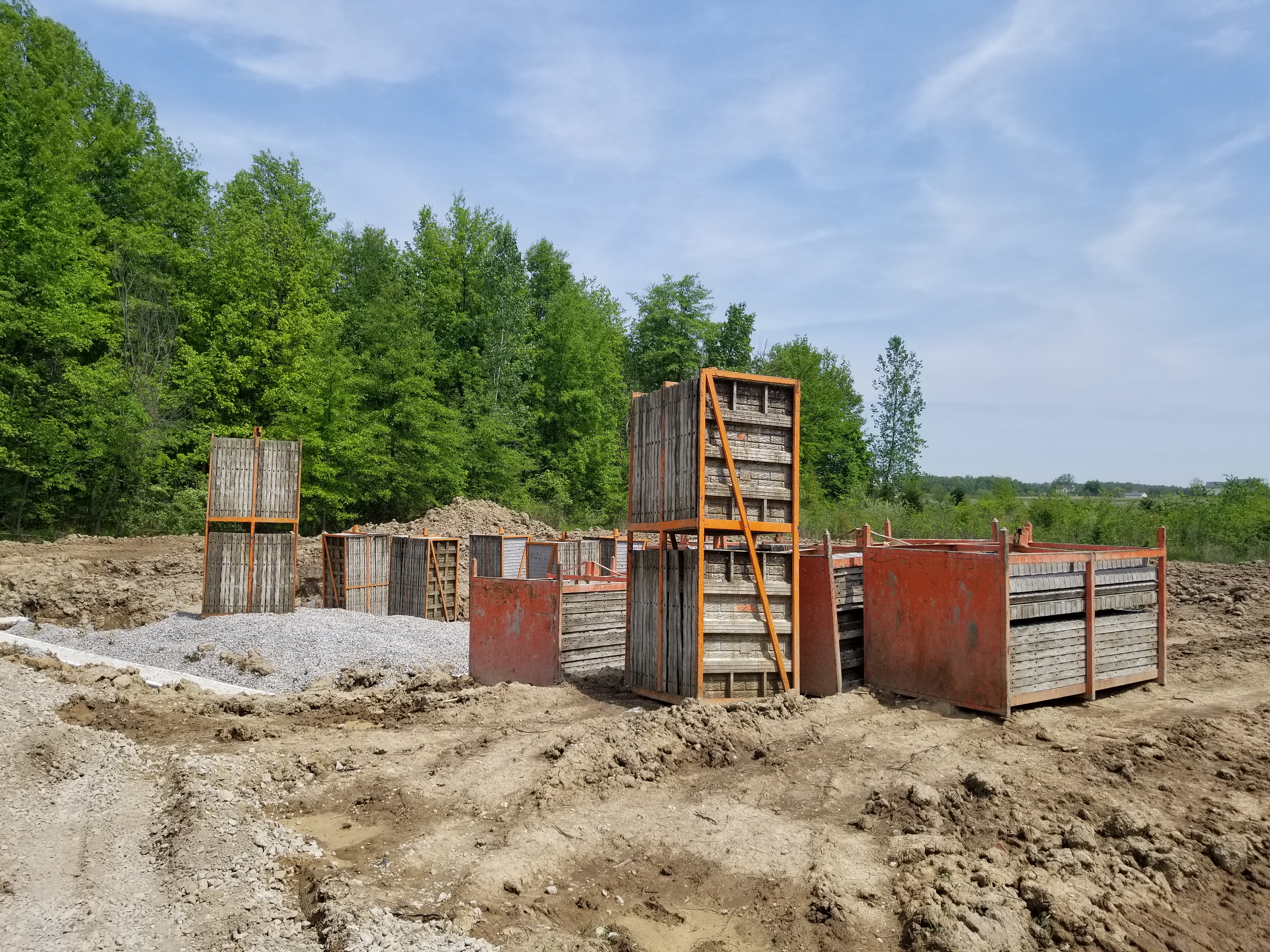 We planned to go to the land in the evening and get the files off the camera since we hadn’t been there in about 4 days and when we arrived we were pleasantly surprised to see the crew had arrived and were working quickly to place the forms. 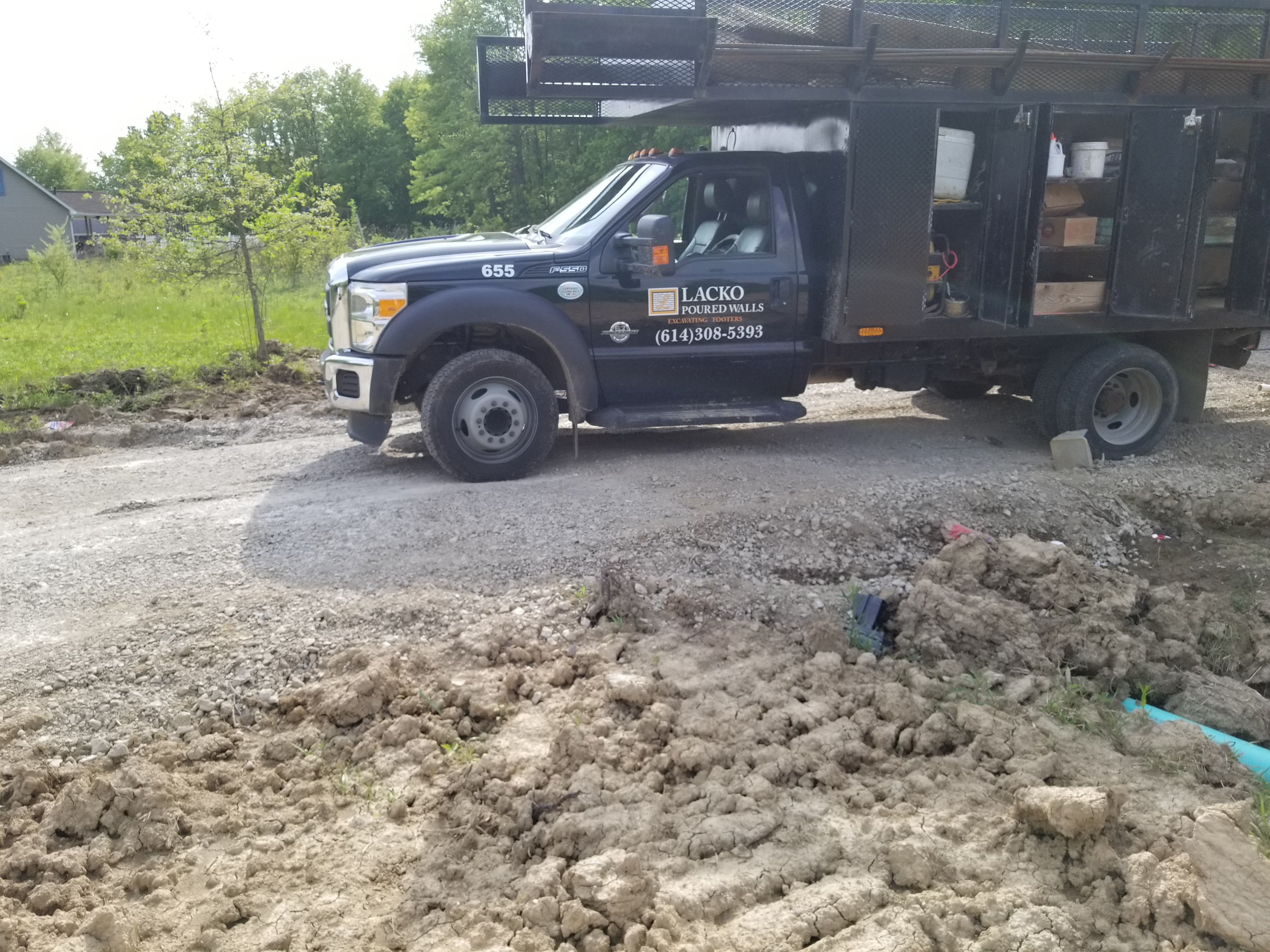 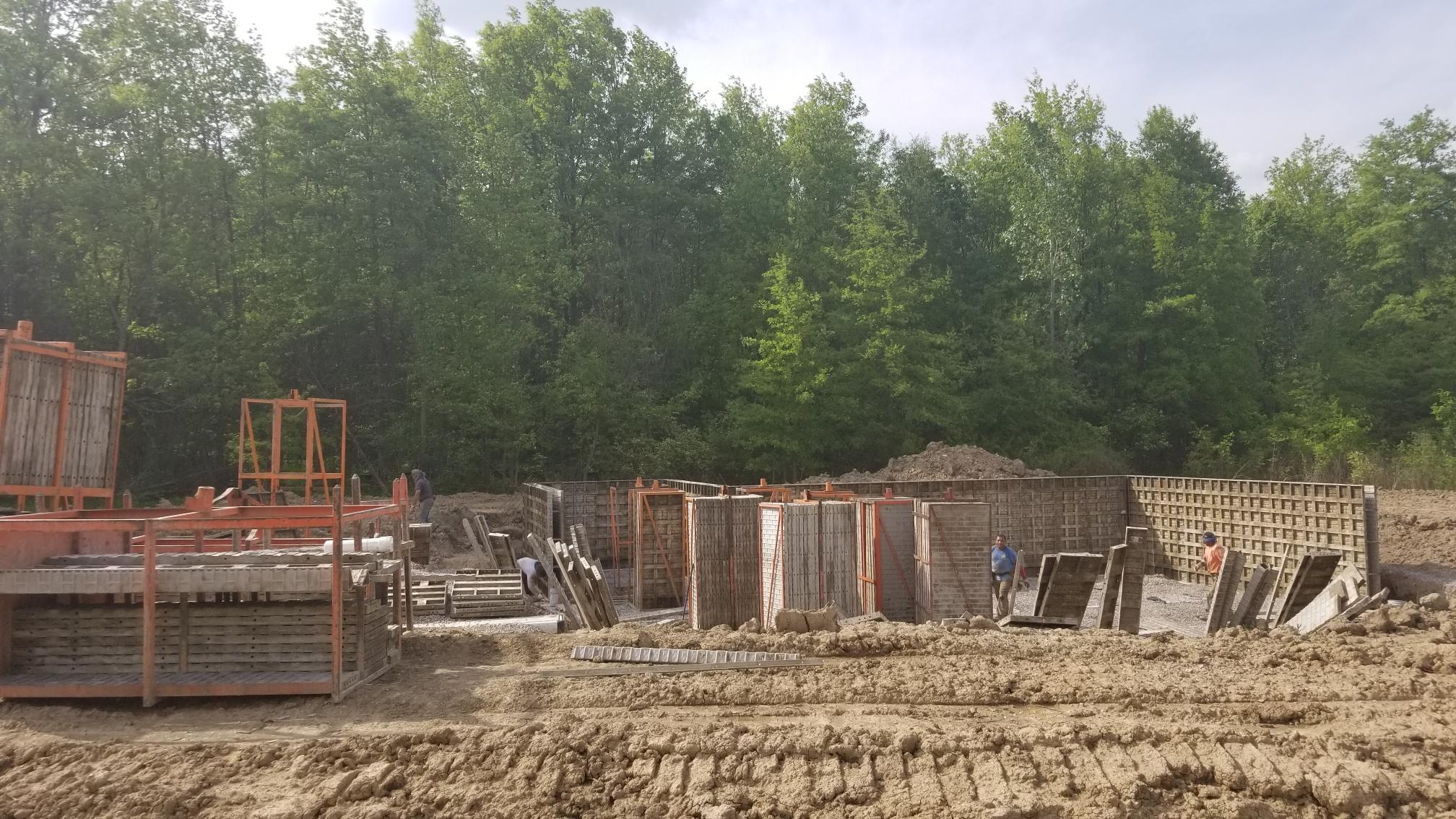 We stayed and watched for about 15 minutes.  They worked rather quickly and the forms were going up faster than I realized they would.  It was like a giant Lego system and it seemed each plate locked into the next plate fairly easily…it was just about making sure the right size plates were put together for each wall size.

We skipped getting video off of the camera for now because we didn’t want to miss part of it while we removed the sd card, but will make sure we get them tomorrow night as the one worker we talked to briefly said the walls would be poured tomorrow afternoon!  Woohoo!  I don’t know how long this part will take, but we may get to see part of that as well depending on if they are still working on it by the time we get there a few hours later.

We were also delighted to see that the walls will have a stamped pattern in them to look like bricks instead of plain flat concrete.  Here’s a picture I took where you can see the pattern.  This little decorative touch is nice especially considering a decent amount of our foundation will be exposed. 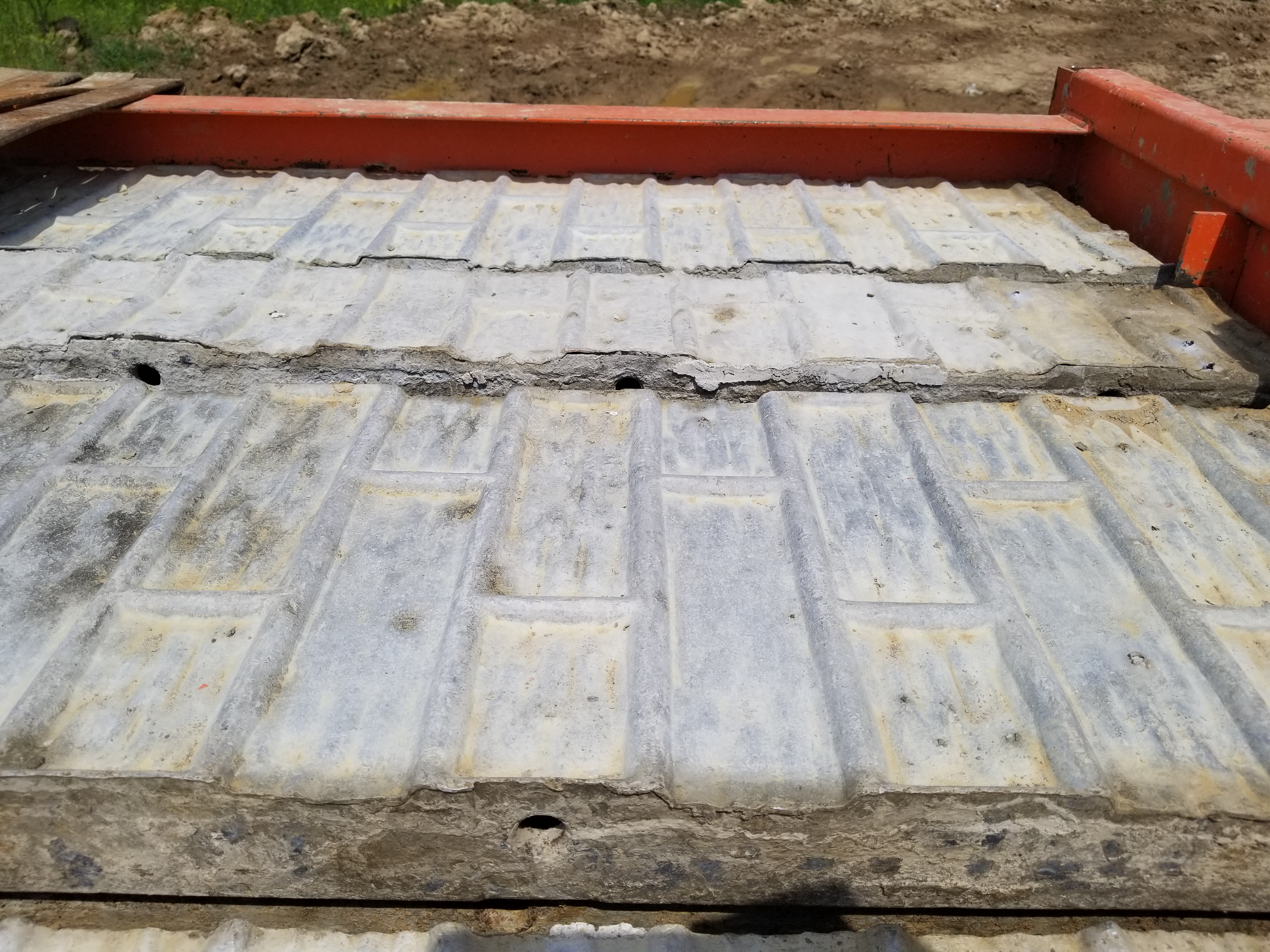 We’re happy to see progress being made and look forward to seeing actual walls for the first time instead of just a hole in the ground.  The worker said they poured another house earlier today before coming to our property and that one was behind by 3 weeks.  Ours is not that far behind, more like 2 weeks for us but probably closer to 3 if we would have kept our original dig date.  Nonetheless, at this point we’re just happy to have positive momentum again. 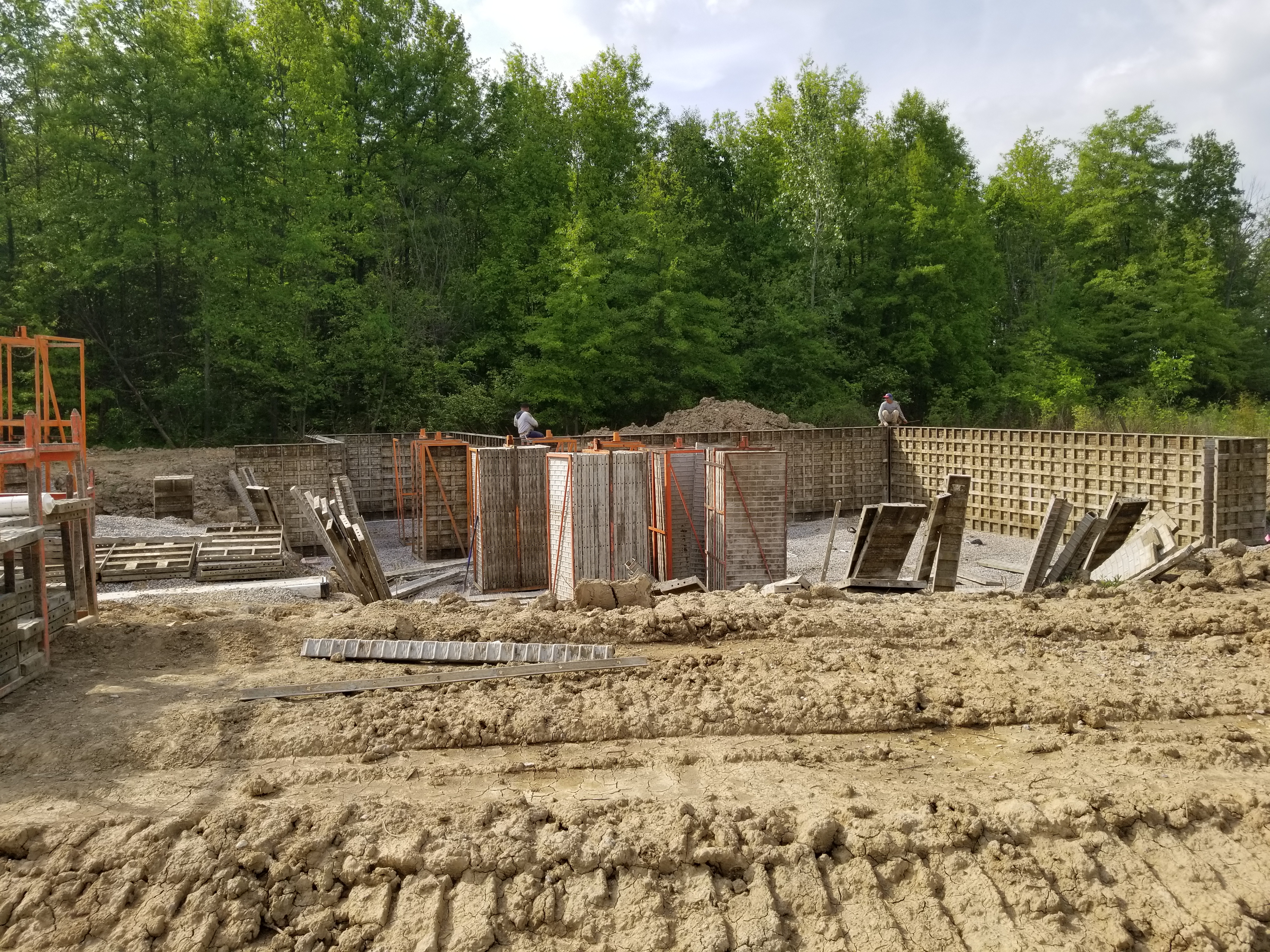 Seeing the forms also gave us some idea of just how high the house is going to stick out of the ground since they raised it to keep it ‘high and dry’ away from any potential water issues because of the drainage issues in the area. I’m hopeful though with grading, more soil if needed, and creative landscaping that we can get a more normal look to the front of the house once complete.

On a different note, now that all the trees are in bloom, we need to go out there and do some land work as many of the paths we were working on in the front wooded area is starting to get new growth already and we have a lot more clearing to do.  I’m hoping on one of our next workdays we can burn up a lot of the brush we have already cut as the piles of prickly sticks are getting in the way of being able to see the progress we have made.  All of that may have to wait until next weekend though as we’ve got some rain in the forecast this weekend.