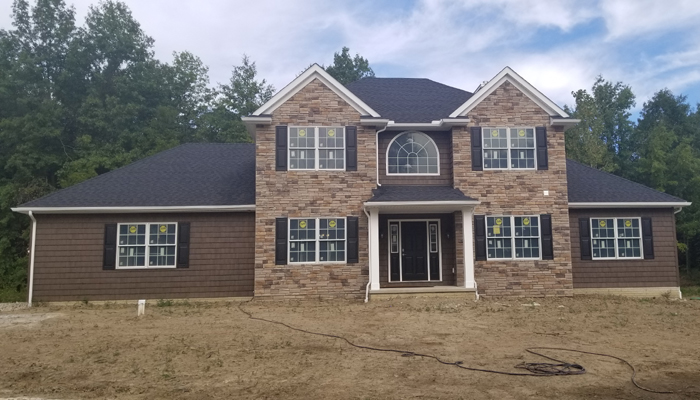 It’s the last weekend before we close on the house and move and we were busy packing, buying mirrors and in general trying to wrap up a bunch of little things we need to get done before move in.  Number one on that list was making sure the chlorine that was out of the well when we last tested on Friday was indeed out.  I had thought it was out once before and after I left it for a while, we retested and found chlorine was still present.

When we showed up today this was the result on the test of the well out of the hose:

Yay!  Happy Dance!  However then we had to move onto getting the chlorine out of the inside pipes which looked like this:

Boo!  So I spent a couple of hours running water in the 4 main faucets downstairs at once, then also running water in the tub, shower, pot filler and utility tubs once the water came out free of chlorine.  Then I went upstairs and ran water in the bathroom up there until they tested chlorine free.  I stopped running water for about an hour and a half and tested the kitchen sink again and it was still chlorine free!  The health department comes out on Tuesday afternoon to test our water.  I have one chlorine test strip left which I plan to run once I get there to verify that the chlorine is indeed gone, but I’m hopefully that the chlorine is all out.

I went outside to take this final picture of the front of the house now that the front porch is all painted out:

And when I went to come back inside, this is what I found near the front door! ?

If I haven’t said so before, I HATE spiders!  Like white hot hate!  And this one is BIG.  I quickly snapped pics and asked one of the biggest homeschool mom groups I am in to help identify and let me know how freaked out I should be.  Turns out she’s a golden orb weaver who is harmless and will eat other harmful bugs and spiders…but she still freaks me out!   They also create intricate webs and are also known as the writing spider. I have refrained from killing her (so hard for me to do) and may try to relocate her, but man did I get a jump scare.  After seeing that one I did more looking around the eaves and found several others that are garden orb weavers.  I don’t know if they will get to live, sorry…you are not as interesting!  I see a Charlotte’s Web unit study shortly after we move in our future.  I was going to wait a little longer for Charlotte…which is one of my favorite books/movies as a child, but this just accelerated my plans.

Garden Orb Weaver.  I was told they make their web at night and take them down every morning…still, I think they may find death quickly as they were trying to get into the garage.  We honestly haven’t seen a lot of spiders in the house during the build other than daddy long legs and other basic common insects, but then with this cold snap and time of year it was like they were hanging out all over outside the house.

While I was running water and testing for chlorine, Richard ran to the store to get boards for the appliance delivery.  They requested boards in case the ground is muddy.  I’m hoping it won’t be and they can back right up towards the door, but just in case we had to do this.  At first we were going to rent a truck, but got the idea to split the boards down the middle to get them in our SUV.  They still had to take a few inches off each board to get them to fit, but this is what we ended up with.  It’s not pretty, but it should work.

Finally I took a couple pictures of some of the things that happened on Friday that I forgot to document.  Here’s our new smart deadbolt.

We made some additions to our network rack.  It’s looking pretty organized with the extra shelf we added, now we just need to tie up the extra cabling at the bottom.  We have another smart hub now for the garage door and front door smart devices.

And I thought I would show a before and after of how a damaged threshold got repaired.  I think they did a really nice job on these.  Would I have wanted the damage to happen? No.  But honestly if we didn’t know what happened, we wouldn’t be able to tell.  We had about 4 that had some damage that wasn’t covered by the shoe mold and they all look flawless now. 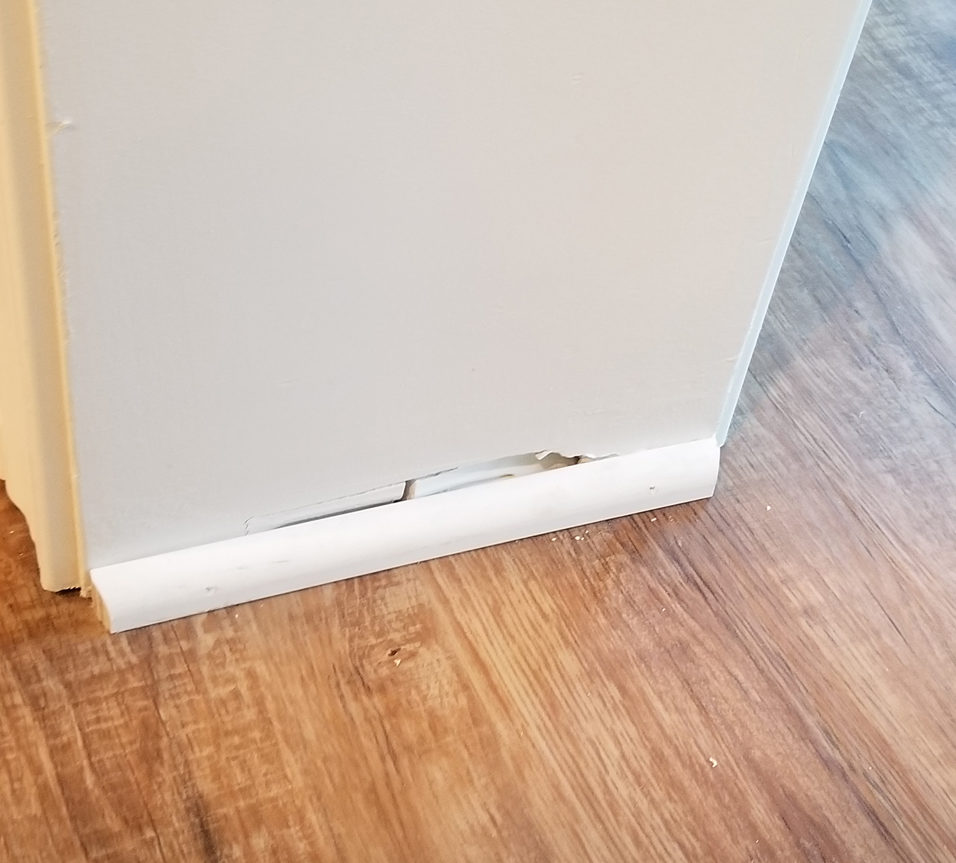 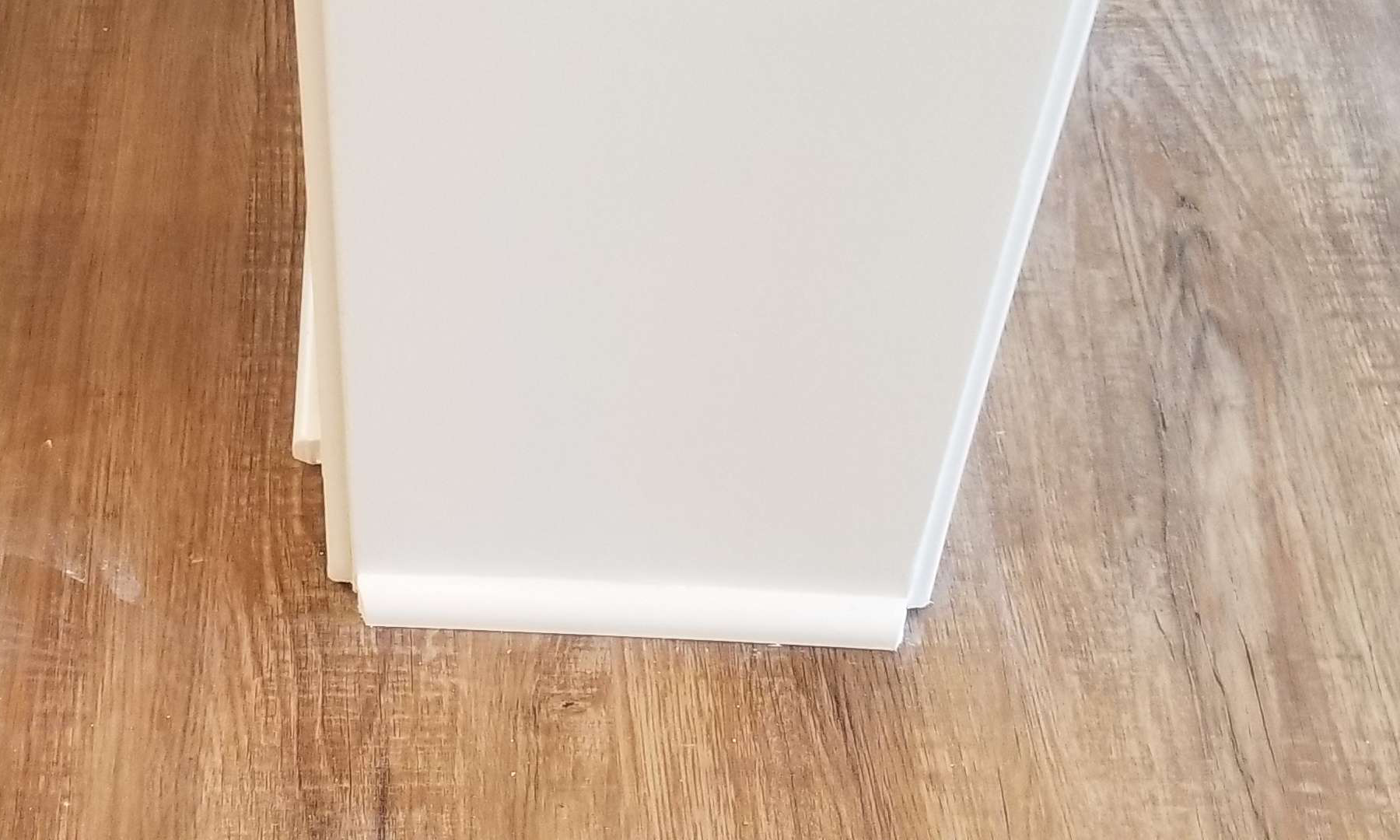 So that’s it for today’s activities.  We brought the mirrors but didn’t get a chance to put them up yet.  I’m hoping we can do that on Tuesday after we have our meeting with the 2nd landscape company.  If not, we can certainly get it done on Wednesday after we do the closing.