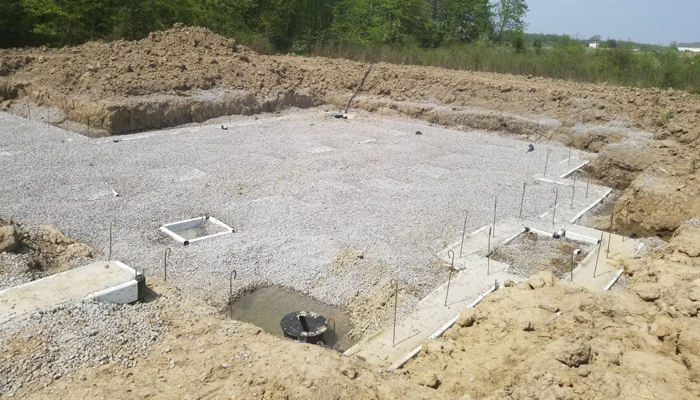 There hasn’t been many postings in the last week because unfortunately there hasn’t been much to to talk about.  We hear from our Field Manager on Friday who informed us that they put in the crocks for the sump pumps and amended the sign at the site to reflect some legal stuff I think they have post.  Otherwise he still didn’t know when the people who do the basement poured wall forms were coming out and he seemed irritated about it and said if he didn’t hear from them by noon, he would be calling them and pushing them.

We normally try to get out to the land every 2 to 3 days to see what progress has been made, but because of this update we got on Friday we didn’t bother going out until Sunday late afternoon.  Here’s some pics of the new sump pump crocks and the additional gravel they added earlier in the week.  You can see that the gravel is almost completely covering the dirt at this point. 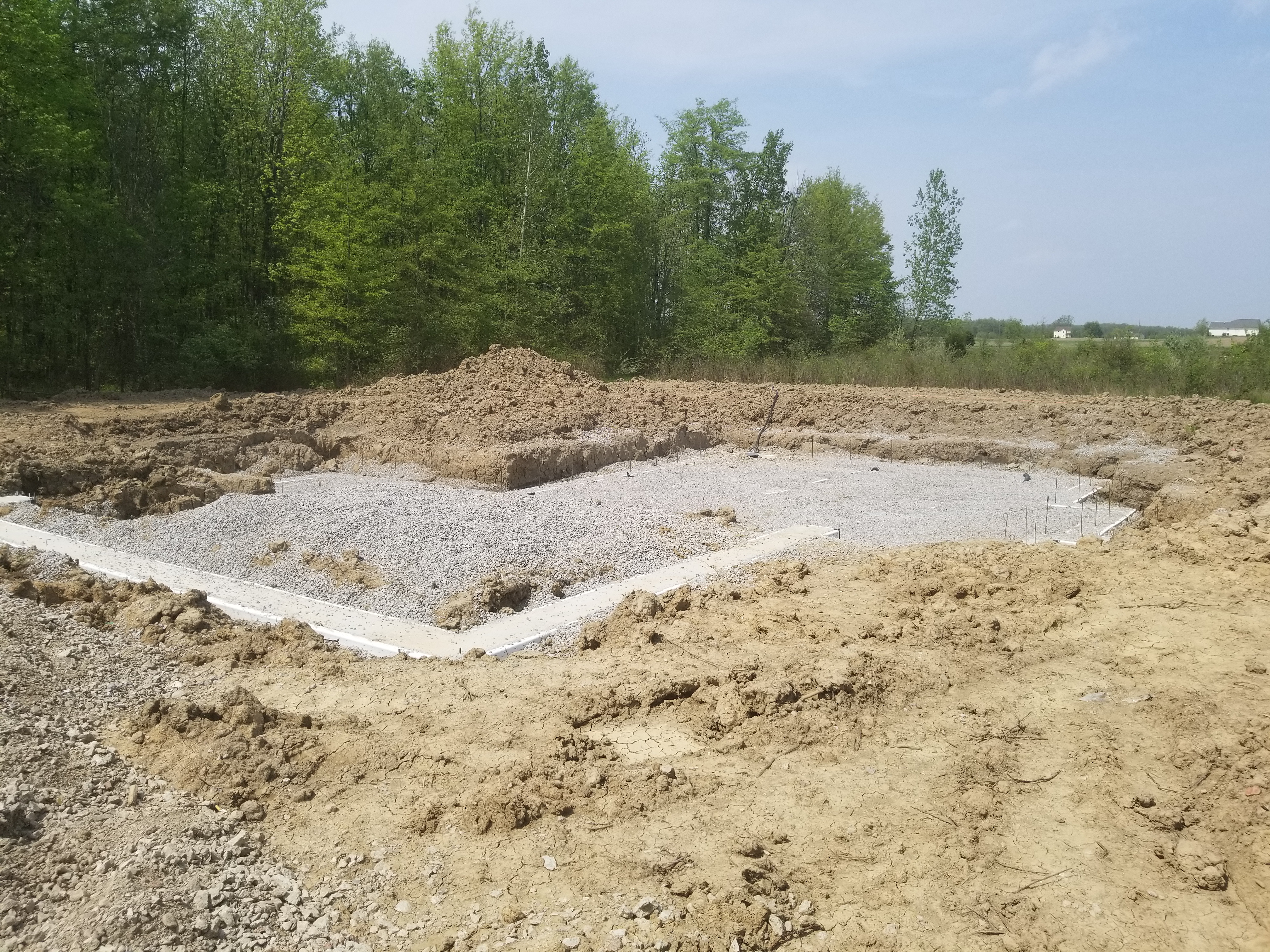 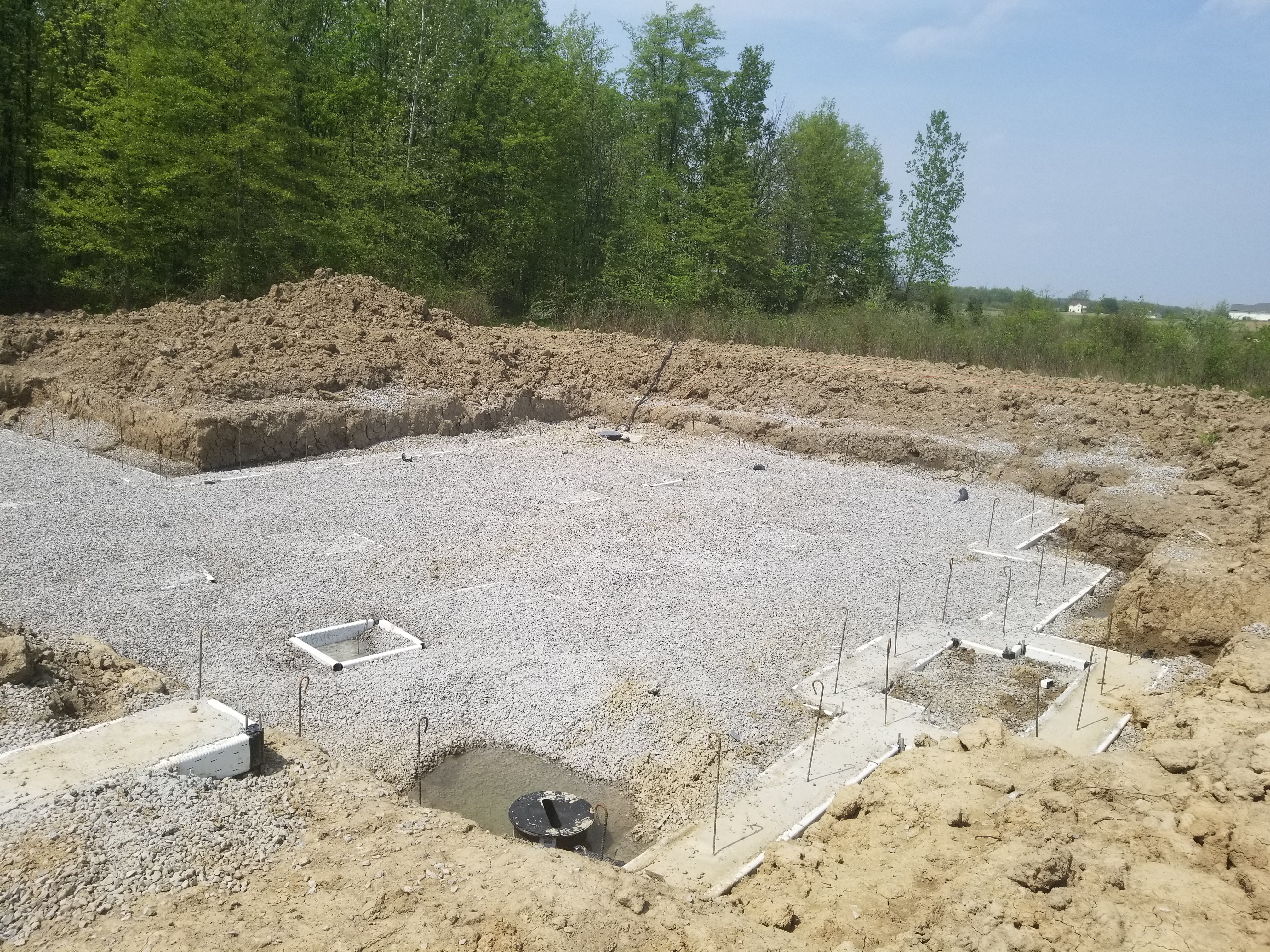 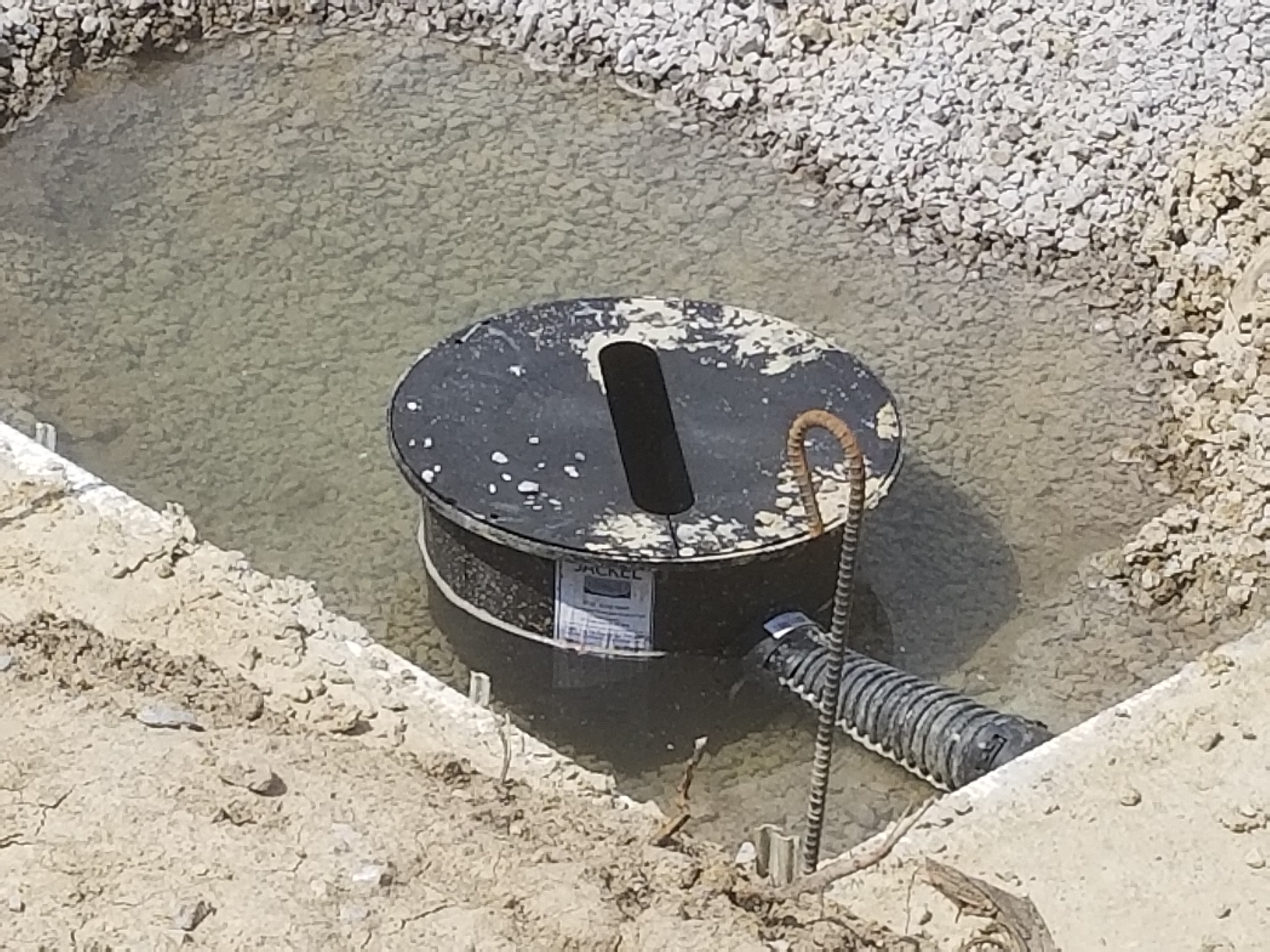 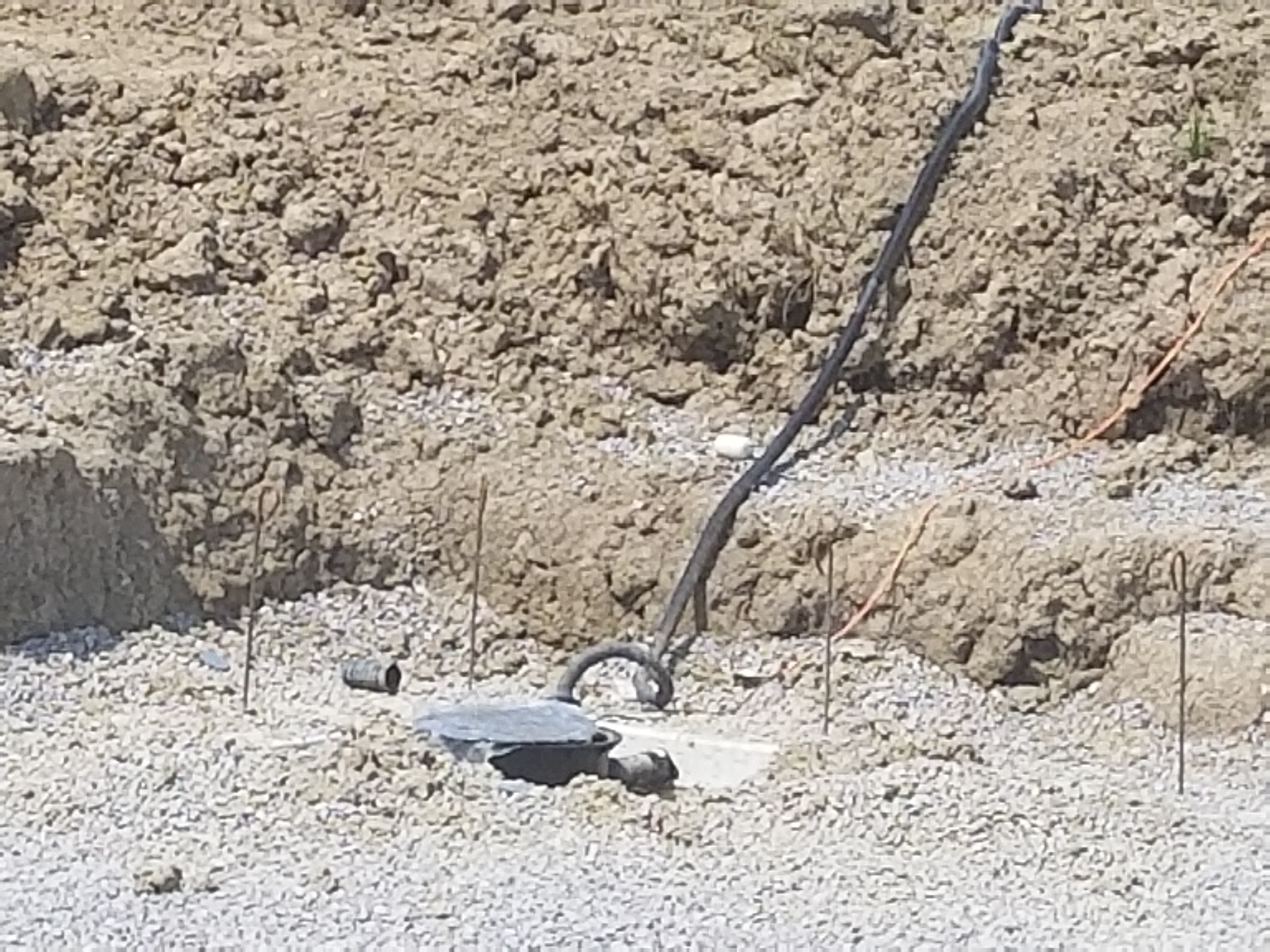 Today my husband talked back and forth with the Field Manager and we were told that the people who do the wall forms should be there on Thursday to do the work.  We’ll see.  In the discussion Richard also prodded a bit on time frame since things keep getting delayed (remember, when the foundation is done, we’ve been told the framers are behind too)  and although us moving in in August is still possible, it’s not probable.

The delays since breaking ground are just the latest delays that threw our mental timeline off.  Getting the situation with the neighbor sorted out delayed closing on our loan, which delayed permits and various other things.  Richard and I should have also gotten a few things done earlier, so I don’t want it to sound like it simply Wayne’s delays that have thrown off what we had hoped to be our timeline…it just keeps compounding.

We’ll have to most likely over stay our lease by at least a month then because our lease is up September 2nd.  Going to month-to-month is an extra $100 per month in our rent.  It’s not a huge amount in the scheme of things, but we had hoped to have that month as buffer before the full amount of our new home loan kicks in since we will have thousands of dollars in moving expenses.

The even bigger issue is our lease requires a 60 day notice and if you over stay after the day of move out you are charged twice the month rent until you leave if the apartment company does not allow us to extend the date and they of course are under no obligation to do so.  I have to admit I am a bit anxious and stressing over timing all of it and making sure we don’t end up paying a lot of extra money we won’t have at the end of the process.  I wish we would have been able to find an apartment that only required a 30 day notice, but alas there were few short term lease options in the area we needed for the price I was willing to pay since we are also paying our mortgage interest at the same time.  #socomplicated