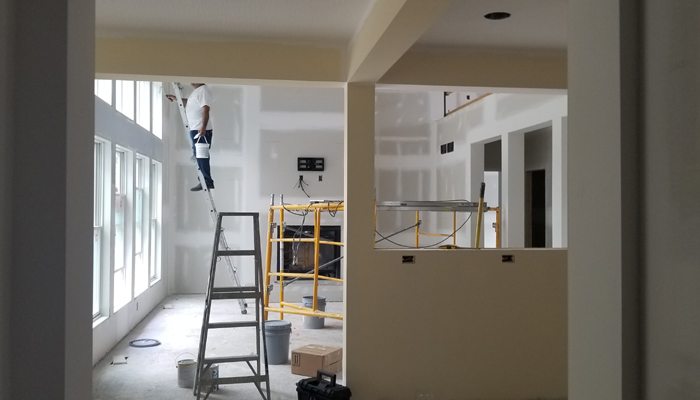 Today they primed the walls.  We were not there long, but we brought them the paint Creative Kid picked out as it was done separately from the Wayne Homes contract, so we got to see a glimpse of the colors as they prime with the same color as the final coat.  Basically they do 2 coats of color and skip using a white primer.  I only got a couple of pictures, which I will add below, but first lets talk about the last few days.

When we were there to put up the TV mount over the fireplace, we had notice that the under cabinet lighting cables had been pushed back in and mudded over!   The only cable left hanging out of the wall is over my kitchen desk. I knew this didn’t sound right, so I took pictures of the before and afters and we sent them to our Field Manager on Monday morning.  Sure enough, that was a no-no, so I hope they don’t have to tear up too much of the wall getting them back out.  I will say that I could barely see the wire in a couple of places where they poked them back in and while flattening out the mud they scraped off/cut into the casing on at least 2 of the cables that I could see.  I’m not happy about all of that and I am hoping it doesn’t delay things too much. 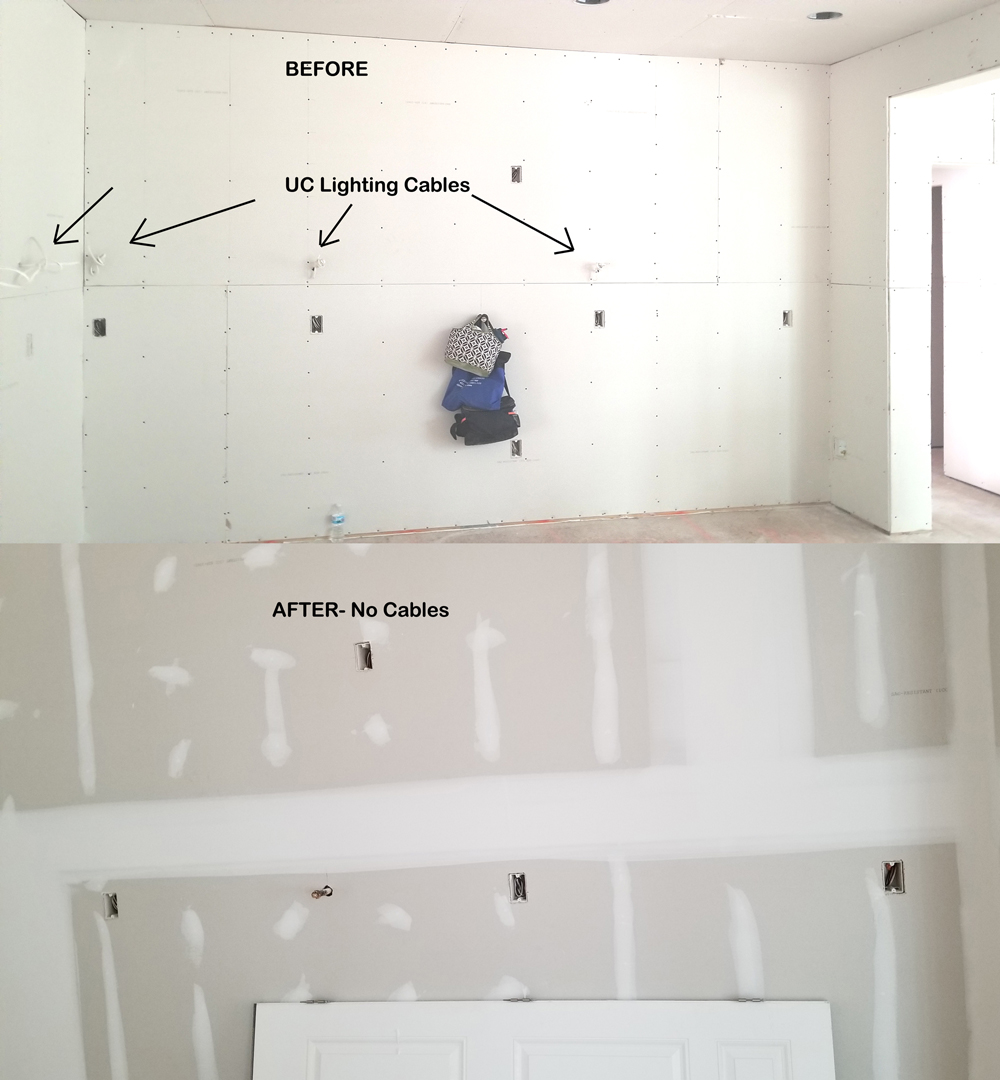 Yesterday Richard’s brother came into town and visited with us.  He is on a road trip going back down to his home in Florida and is visiting family along the way.  He was not able to stay long, but it was nice to visit with him and be able to show someone the house!  No one on either side of our family has been able to come see the house, so we had our first official visitor.

When we pulled up we saw a truck from our poured concrete wall contractor in the driveway and we were surprised to see him.  Turns out some areas where there are imperfections in the basement where the concrete form didn’t release cleanly were being patched.  We forgot to go down and see what it looks like after the repair when we were there today.  I think we are going to go out tomorrow evening and I will try to get some pictures of the changes.

As I said earlier, we had to bring the company doing the painting the wall color for Creative Kid’s room.  Here it is and this picture doesn’t really reflect the intensity of it…it’s going to be a very big contrast to the rest of the house.  ? 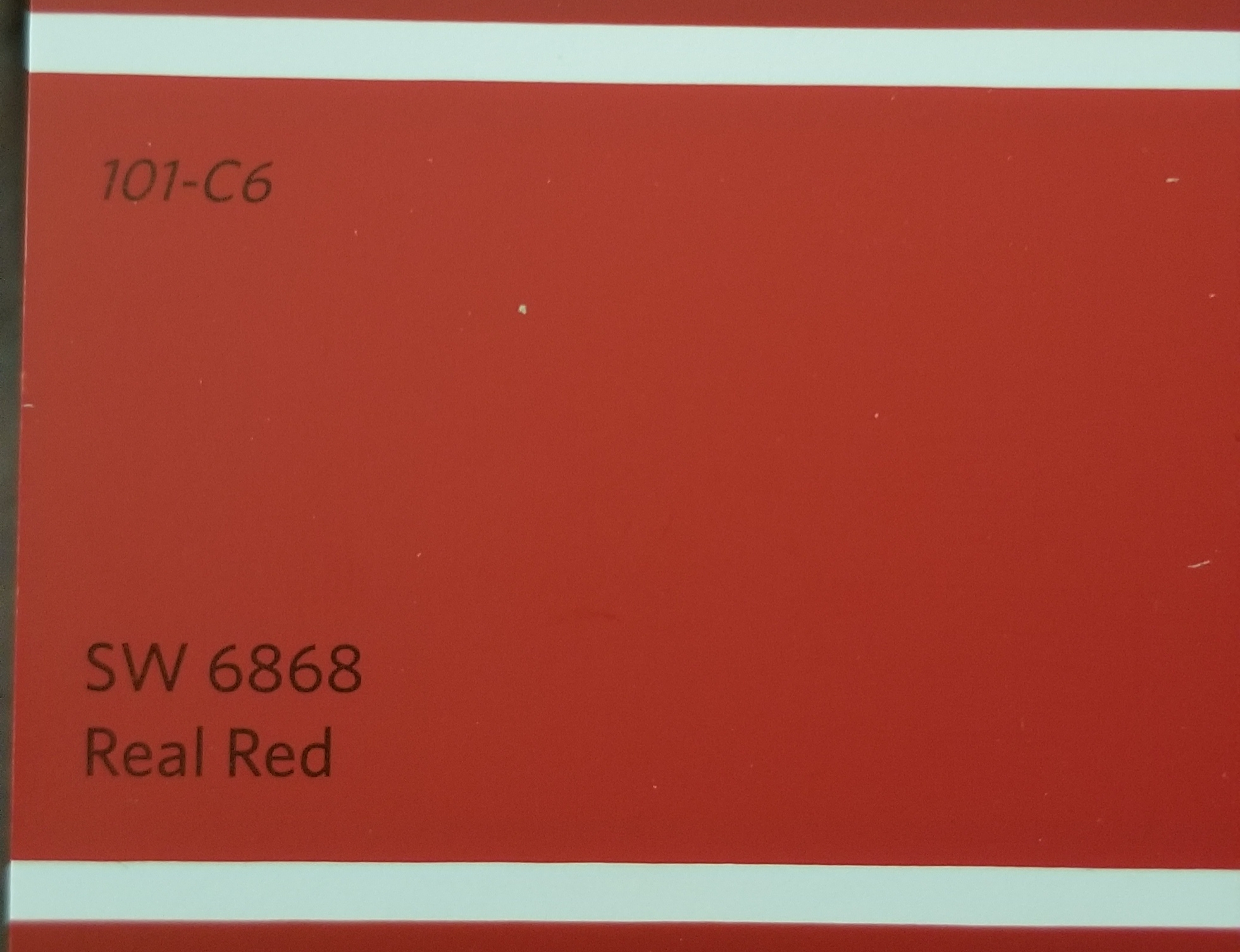 One of the first things we saw today when we got there was all the cabinet boxes!  The trim was not yet there, but the cabinets were dropped off and are taking up a nice chunk of real estate in our garage.  We were told that they will get installed tomorrow, so hopefully that happens and we get some really exciting photos tomorrow.  In total there was 9 pages of our order and I took photos of all of them for reference.  I’ve thought about adding a couple of base cabinets in the future up in the game room for snacks and a mini fridge and if we do that I would want to match the cabinets and counter top. 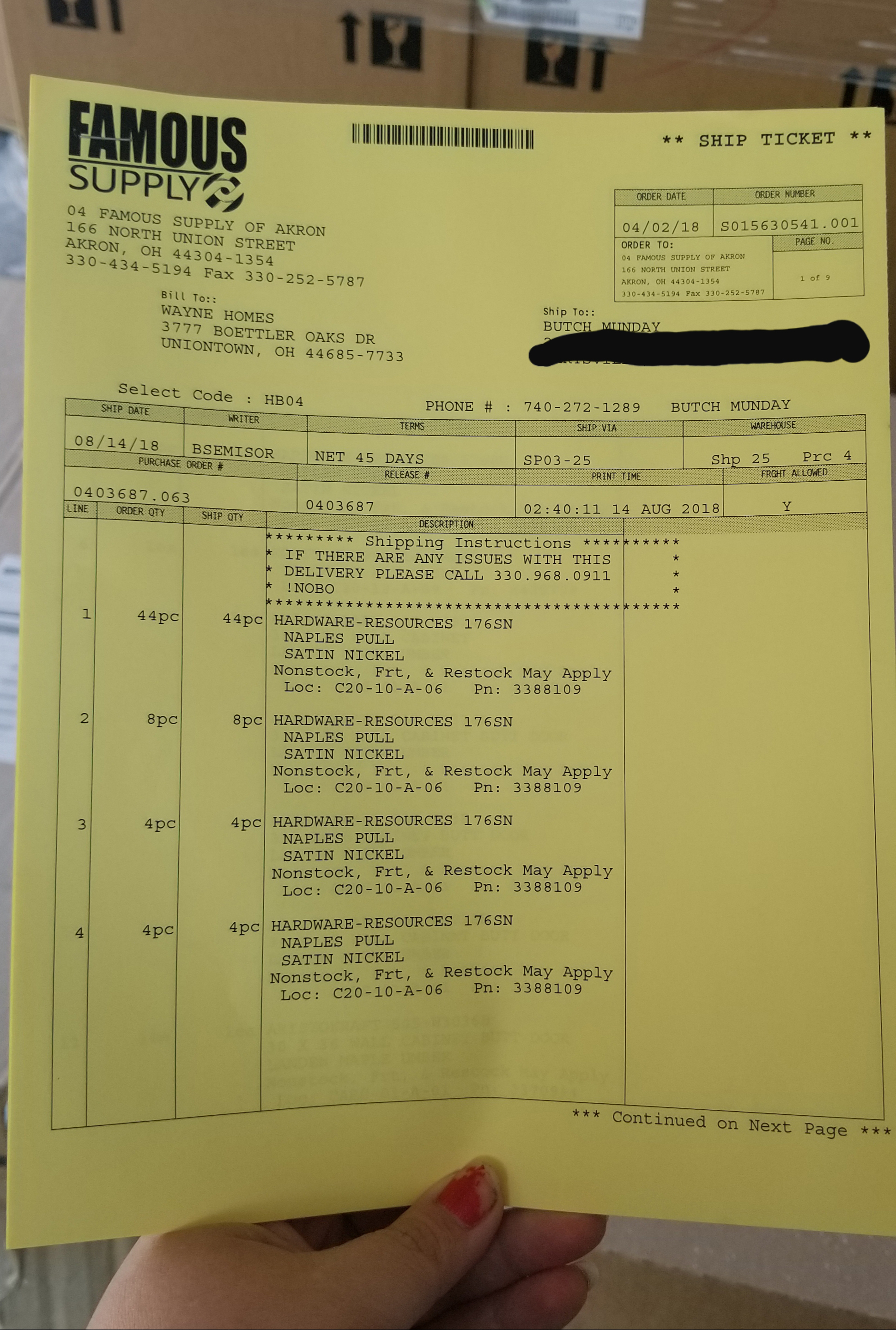 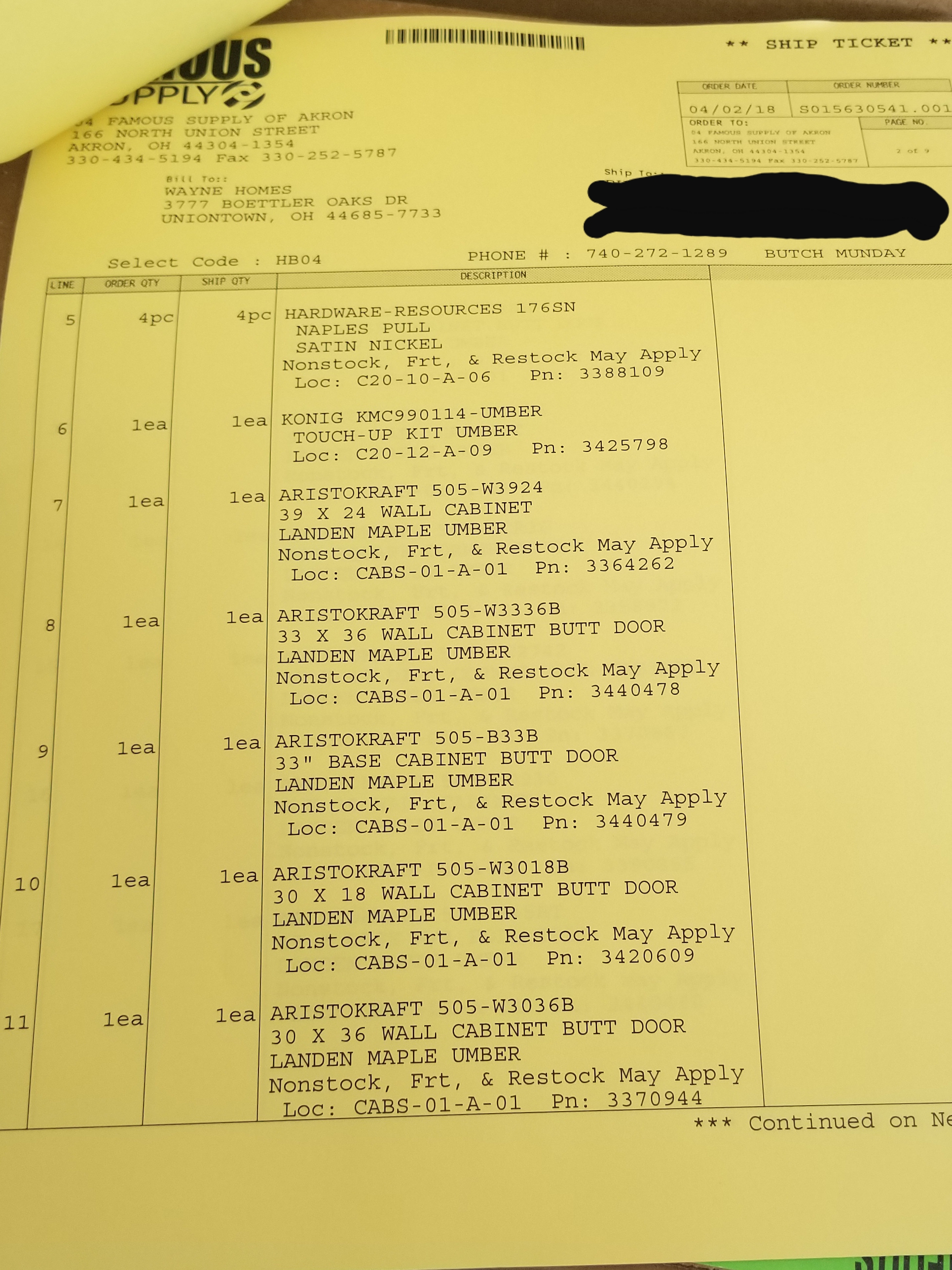 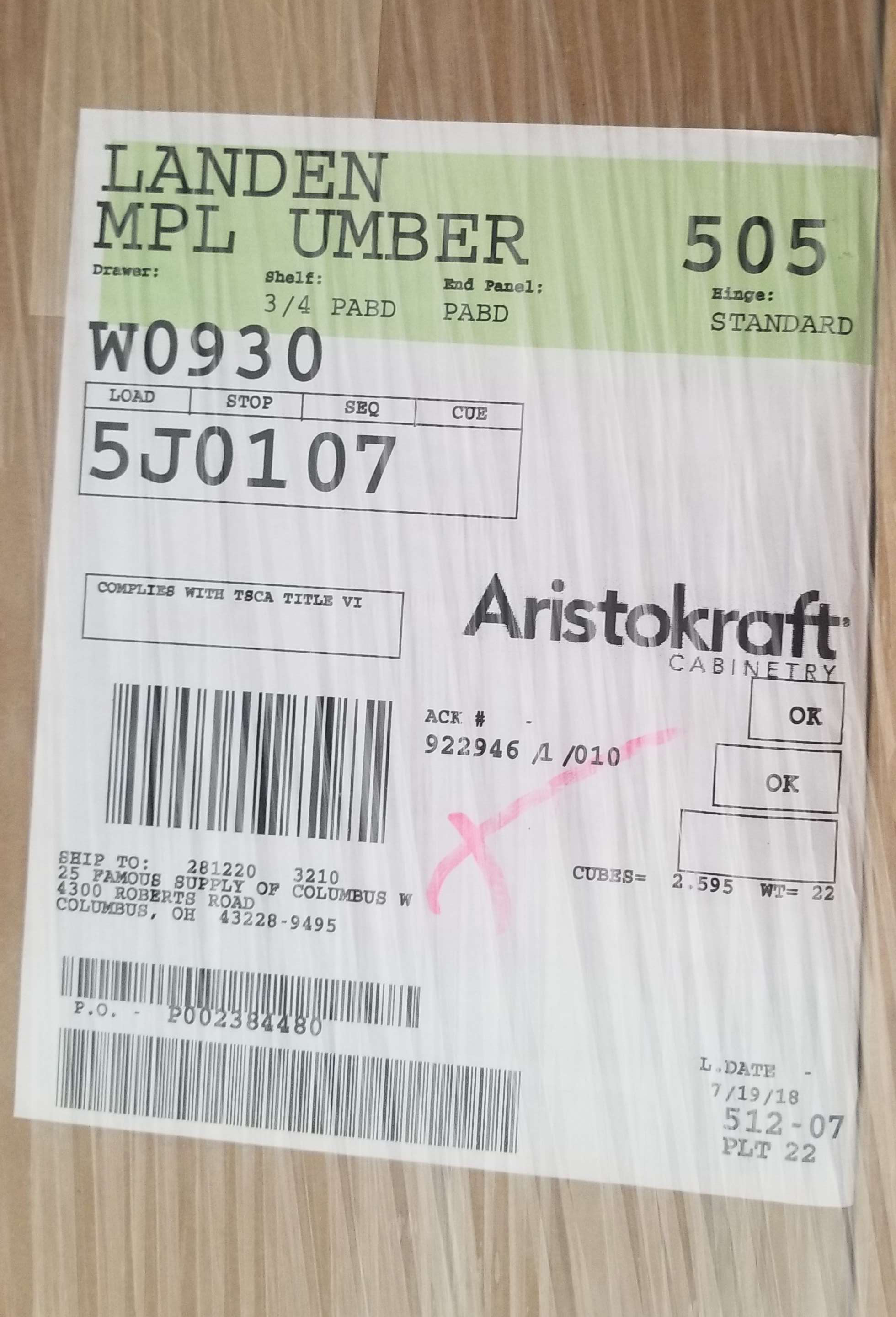 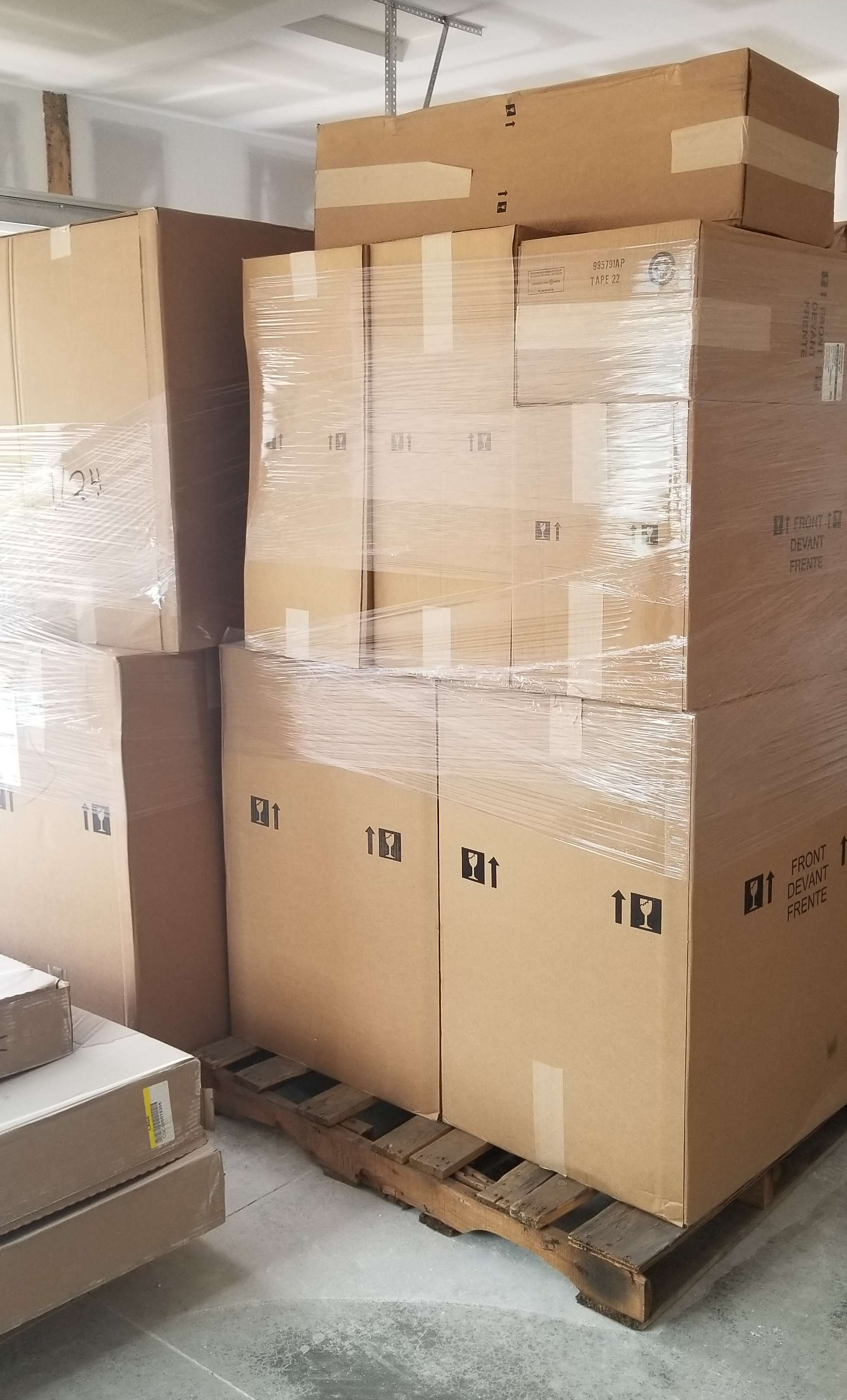 And finally a couple pictures of the priming.  We didn’t stay very long because they were in the middle of painting and we didn’t want to distract them and honestly I always feel a little funny taking pictures right over the worker’s shoulders.  So we dropped off the paint, said a few things to the one main guy, took a couple pictures and left.  I plan to get a lot more photos tomorrow, especially now that I know they are priming with the colors we chose so we can really start to see how the house will look.

The yellowish color that is in the sunroom, breakfast room, kitchen, pantry, laundry room and homeschool room:

Looking from the kitchen you can just start to see some of the blue the painter is putting up in the great room.  The blue will go in the Great Room, downstairs hallway, walk in coat closet, foyer, game room, guest room/office, and the upstairs hallways:

So that’s it for today.  To give you a better idea of the color layout, here are some pictures I originally gave to the design consultant at Wayne Homes.  The white color is the trim throughout the house. 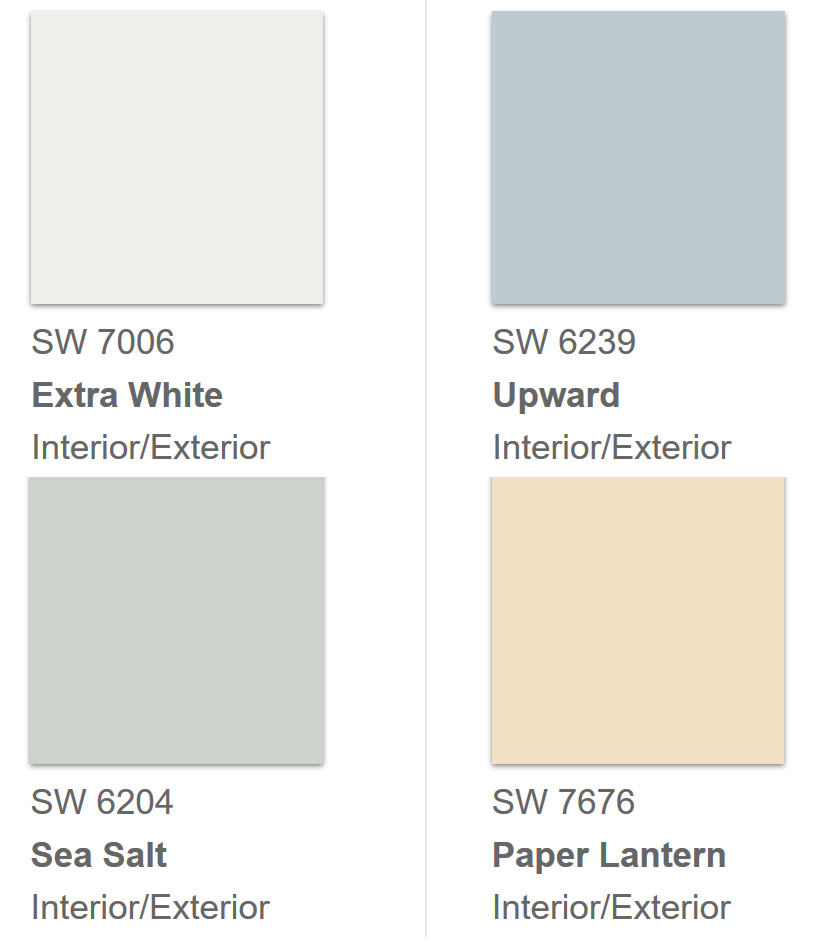 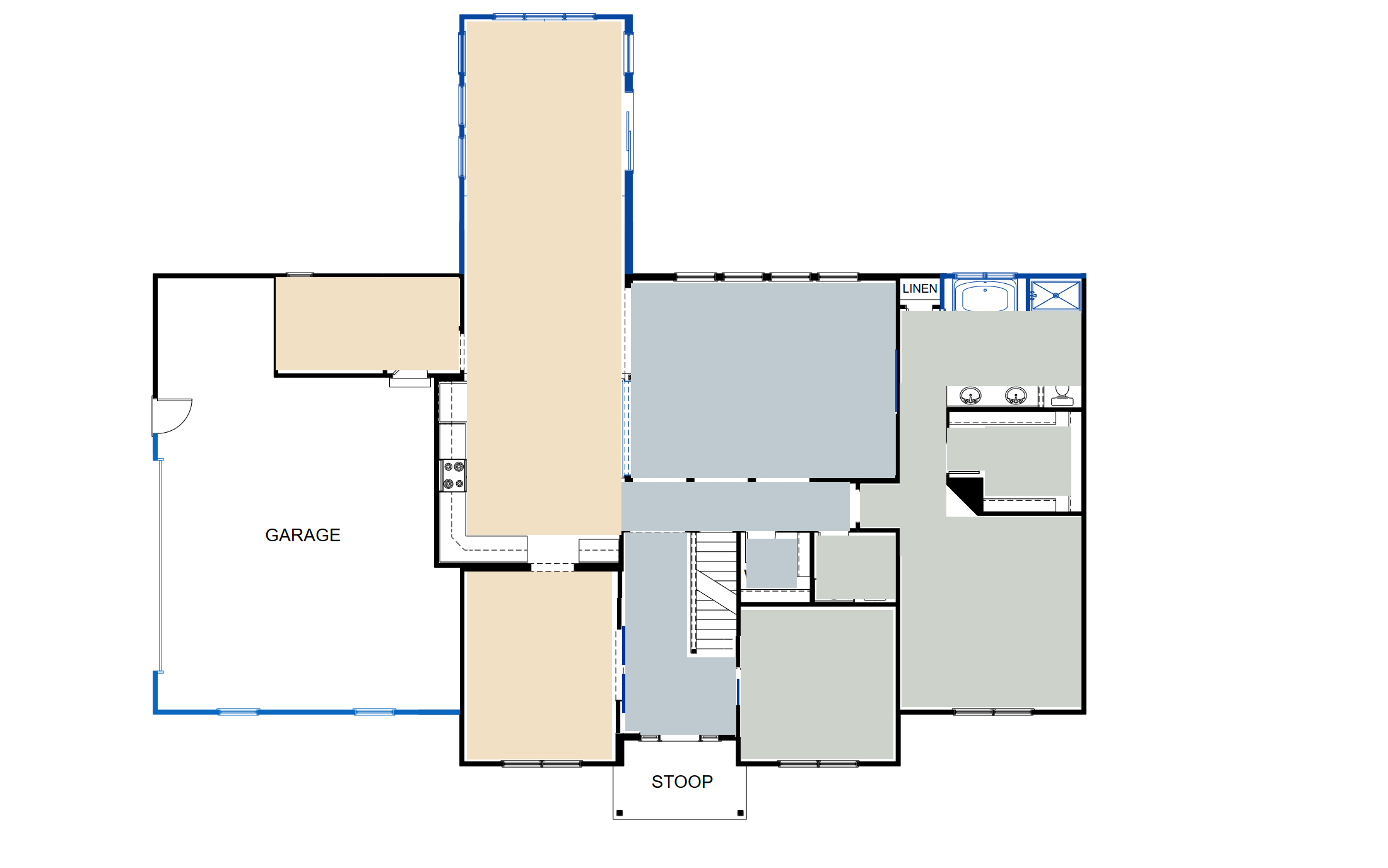 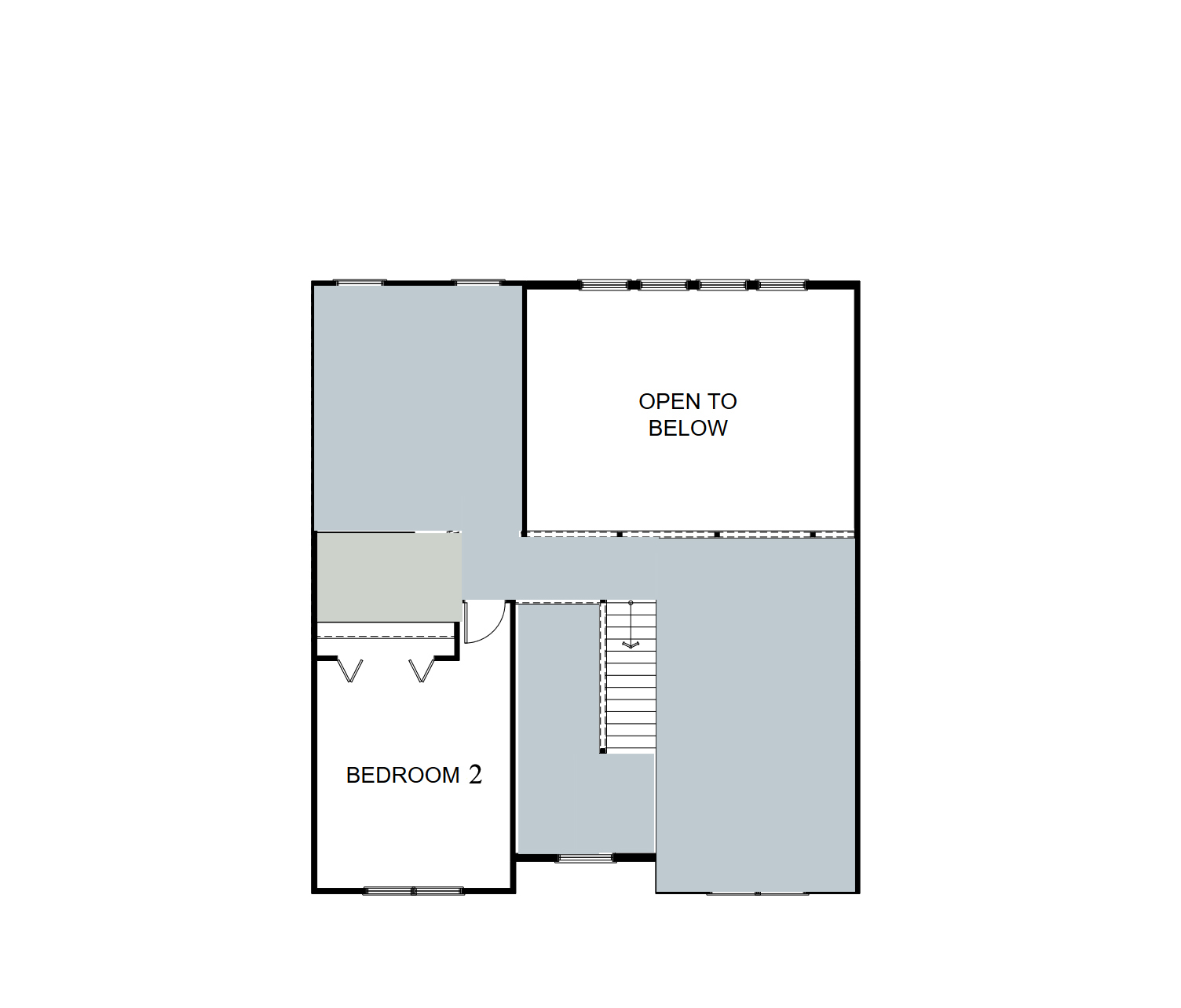 And of course, bedroom 2, Creative Kid’s bedroom…is to be red.  It so fits in. ????  That’s okay because we think we’re going to be doing some red in the garage as well.  Richard’s college team, NCSU, has red and white as their colors, OSU is scarlet and gray, so we think we’re going to do some interesting combination of red, white and gray in the garage and get him some vinyls for NCSU for in his workshop area of the garage and I will probably do some OSU stuff in other areas.  None of that will happen until after we move in though because we will be the ones doing that painting.