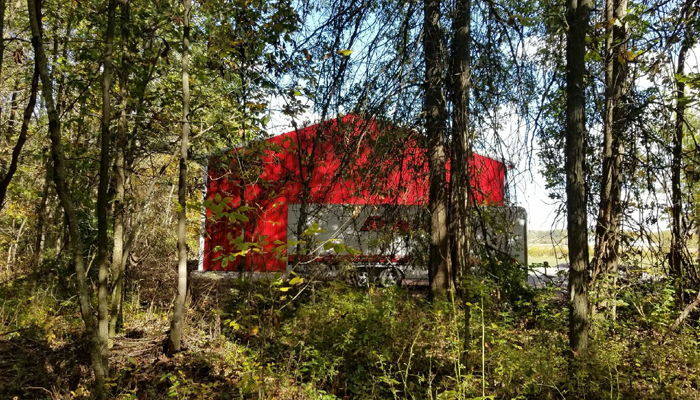 So when I last left off on our land buying journey, we had sent a new offer to the seller for slightly less than asking price with the 45 day close.  We did so based on the statement we were given that the seller had already done the soils for septic approval.  There have been a lot of developments since then and most of them, not good.

So lets start out with the positive things, shall we?  Our realtor, Jeff Monebrake, hooked us up with a land planner.  At first we didn’t realize what all value he would bring to the project.  We’ve never been through this process before and our builder said they did a land assessment of sorts for free as part of the process. I thought they would do everything that was needed to verify the lot was a good candidate for building the home we wanted to build.  What I quickly realized was that that was not the case.  They supposedly went out to the land to make their assessment, but that’s been several weeks ago and we still haven’t heard the results.  Once we realized that their assessment really wasn’t going to do much anyway, we quickly agreed to hire the land planner.

So soon we met Joe Clase, owner and operator of Plan 4 Land.  He walked the property with us and pointed out potential issues we might run into with the septic approval and with a neighbor who had built a barn that looked as if it might be encroaching on our potential property.  We discussed driveway placement and he had already made up a preliminary plan for the land with our house specifications in mind.  He explained that he had people who could do the soil test if we didn’t get it from the seller and surveyors who could find out if encroachment was actually an issue.  We decided to table both at first thinking the seller has the soil report and we were able to find an old survey on the lot in the county files and thought maybe we could deal with the surveyor after the lot was purchased. In the meantime, Joe was going to work on getting the driveway placement settled with the county.  We felt confident with our interactions with Joe, that he was a great resource of information and would help us verify that this lot was not too good to be true.

Now for all the bad stuff.  🙁  We waited and waited to get the soil report from the seller.  Our realtor sent many messages to both of the seller’s agents asking for this information and were either ignored or put off.  Our realtor went so far as to make a video message to send to one of the realtors in an attempt to personalize the interaction (harder to ignore someone ‘face to face’ so to speak).  He eventually got a response, but it wasn’t good.  We were basically told that the seller was an old man who couldn’t be bothered to look in his storage unit for the paperwork and that if it was going to be a hassle, he would rather just not sell the lot.

We were flabbergasted!  The same person who was so eager to sell the land that he had to have a closing in 45 days, now may not want to sell it if he has to hold up to his word?  What?!  Furthermore, when our realtor told his realtor that if now we had to do a soil test at this late date we were going to need more time, her response is she didn’t know if he would grant it!  Mind you that is in direct opposition to what we were told to get us to sign a new offer!  “Oh we have the soil test” and “Oh if you need a bit more time we will grant it, we don’t want to start over”…suddenly became ‘this sale is too much hassle and he’s a crotchety old man who won’t bend.”

With all of this back and forth with the land planning, we made an almost fatal error…we failed to start the process of getting the loan in place for the land!  All of a sudden it had been 30 days into a 45 day contract and we hadn’t gotten serious about the loan!  We were panicked and started contacting the lender for our builder as well as the lender for our current house and the credit union at my husband’s work.  We were originally told by the builder’s lender when we got to this point, we could probably do a Home Equity Line of Credit (HELOC) and just get the equity out of our current house to make the purchase.  We had done a HELOC before to pay off some debt and thought this would be pretty simple, as it was then. We quickly found out that was not the case.

First, the builder’s lender would take way too long to get the loan accomplished.  Our realtor put in for a 15 day extension of the contract with the seller and Joe was ordering a rush soil sample so we would know the lot was able to be built upon.  But even if the seller approved the 15 day extension, it didn’t look like the builder’s lender could get the loan done in that time.  So then we moved on to our current home lender, thinking we could get a HELOC from them quickly, like we did before, only to find out that they won’t do a HELOC if your home is currently on the market and that most other lenders won’t either.

That left the credit union.  After my husband went down and talked with a banker, he found out it would be easiest to get our equity out via a bridge loan.  It wasn’t what we originally planned, but maybe this would work out for the better in the long run and they were able to do a quick turn around and would hopefully get the loan accomplished in time.  Now here’s where God comes in, the banker needed lots of paperwork from us and our house had to be appraised.  We had no idea how long it would be before the appraisal could be done and getting the appraisal and all the paperwork in quickly was needed for the quick turn around.  The first paperwork was sent in and the loan moved onto the next person and the next step in the process where they order the appraisal.

The appraiser called on a Wednesday and said he had an opening on Friday!  Praise God!  The appraisal went smoothly and I said to the man, the banker didn’t think you would be able to get out here this quick and he said that it just worked out that he was already doing an appraisal not far from our town so he could combine our appraisal with that trip.  If that wouldn’t have been happening, he said it would have just depended on when his schedule could have accommodated us as he has a large territory he works.

We submitted the rest of the paperwork requested that Friday and the appraisal arrived on the banker’s desk Monday afternoon and by Tuesday mid-morning it was approved!  We are set to close on that loan next week and should have the money a few days later, just a few days before our extension expires.  So on the financial end, everything is working out.

In the meantime, Joe got a preliminary approval for our septic from the soil tester.  It will take a couple months to get our full report and it’s not going to be able to be put where we had originally hoped, but a traditional leach system (cheaper of the options) will be able to be placed in between some of the trees in the back part of our lot.  Whew.  One more thing off the list to be able to close.

Now with all that good news at the end comes a little caveat. We paid a surveyor to come mark the property lines because we were really concerned about the neighbor’s encroachment possibility and wanted to know before we close on the land.  Unfortunately, we were correct and the building is a few feet onto our land.  A few feet?  That doesn’t seem like much, right?  Well that doesn’t included that they violated the 20 foot set back for the county when they built it as well.

What does all of this mean for us?  Well it means the neighbor, who was already hoping to buy the land at auction since the seller owes thousands in back taxes, will now have to negotiate with us a land swap.  We will have to give him the couple feet he is over plus the additional 20 ft setback feet in exchange for the same amount of land from the side of their property some where.  We don’t know them.  We are already nervous about how things will be with them because they wanted the property we are buying.  Will they be resentful?  And the encroachment is definitely their mistake and we are trying to show grace as much as possible, but will they be as determined to start out on the right foot as we are?  At the same time, we are sadly giving up mostly treed land to them and, since this is not our fault, I expect to get treed land back in return.  If someone is to ‘take a hit’ so to speak on this swap, it shouldn’t be us.