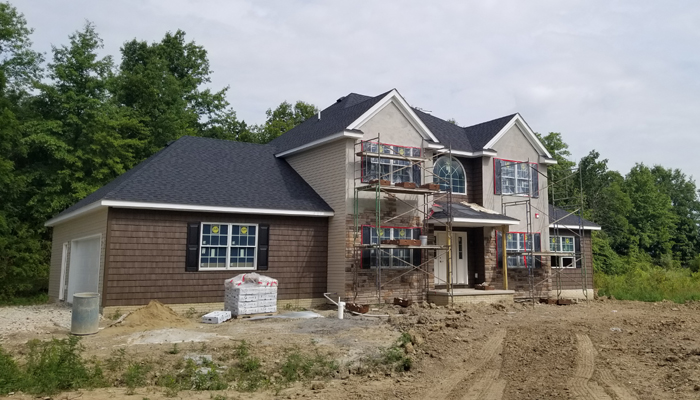 So last week was a long week where not much got done for one reason or another.  On Monday, Day 86, Richard went by to find a long line of trucks in the driveway.  We had inspections that needed signed off on before we could proceed with drywall and there were issues that needed to be addressed before the inspector would sign off on them.  The inspector did sign off on allowing permanent electric the week prior though so while our Field Manager was there and the inspector was there, the electric company was also there digging the trench to run the permanent lines to the house.

They siding contractor was also there working on the final bit of siding that goes between our 2 stone towers.  It is our understanding that something with the roofing was done in a way to not allow the shake siding on the front to be clipped in right and it had to be adjusted so that’s why they had to come back and do that on a different day.

On Tuesday evening, Day 87, we went out to the land to see if any progress had been made.  The answer was a big fat no, except that the stone had been delivered and a small amount of drywall was left in the garage.

On Wednesday, Day 88, we ordered our appliances.  We went through Big Sandy Superstore because they have a relationship with Wayne Homes so we got a better price than we could get anywhere else.  I could go on a rant about Big Sandy as we’ve bought things from their furniture side before and vowed to never buy from that store again….but I thoroughly searched sales elsewhere over the last 9 months and could not find a better price even during major holiday sales.

We also heard from our FM on Wednesday and he let us know exactly why we didn’t see more drywall delivered the night before.  It seems the shallow channel that our excavator created for water flow when it rains was too big of a question mark for the delivery driver and he didn’t want to cross it to deliver the drywall.  Our FM didn’t seem to be too happy that they were so squeamish about it.  Honestly, we could probably drive our SUV through it if we really wanted to so we were surprised they didn’t even attempt it.  In any event, we were told our excavator would be back out Friday morning to fill in an area of the channel so they could attempt redelivery on Friday.  Our FM said if he had to he would be there to make sure the people dropped it off this time.

On Friday, Day 90, we headed out to the land in the morning after another appointment.  When we got there a box truck was pulling out that we believe were the masons.  We assumed they needed supplies as no work seemed to have been done yet.  We also saw the channel had been slightly smoothed out and filled in in one area. The tree people were back to cut down the 4 additional trees that our excavator/septic contractor wanted removed before the septic is (hopefully) installed this week.  They will still need to come back and grind down the rest of the stumps that was also requested to be removed.  They are technically outside of the septic lines, but are close enough that the contractor said they need to go.  All of that is costing us more money out of pocket, but I digress.  This process is more financially draining on our immediate funds outside of the loan funds than we ever thought possible.

As we were getting ready to leave we heard and saw a truck at the road through the trees, so we decided to go ahead and leave and get out of there way.  Sure enough it was the drywall people coming back.

We left for a bit to go check out another house that was being build near us and swung back by about 20 minutes later to verify that they were able to get in to deliver the drywall and it appeared to be a success so we left. 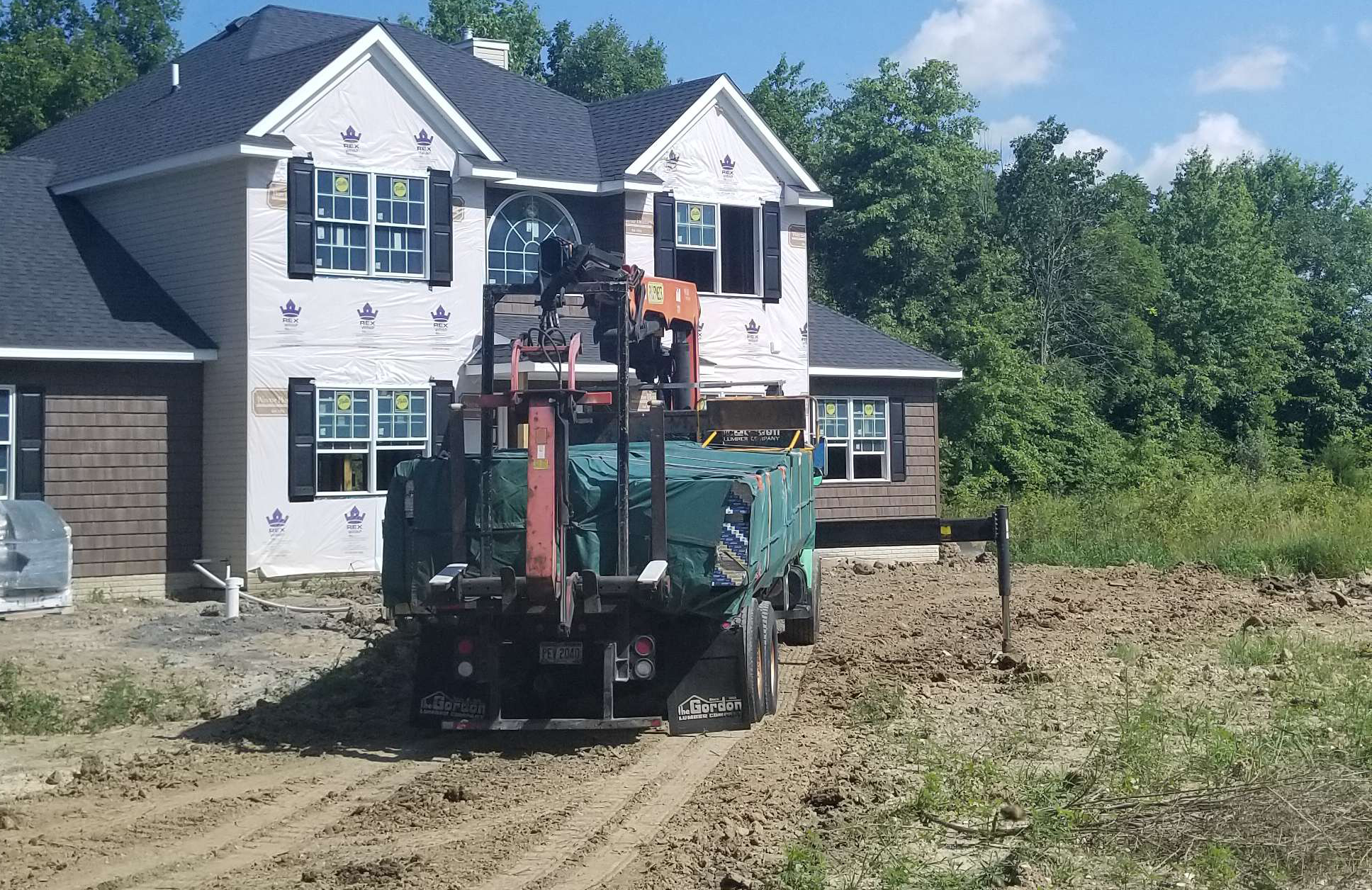 One of the last things we did Friday morning was to turn in our 60 day notice to our apartment complex!  We got the okay a week or so ago from our Field Manager that we could go ahead and turn in our notice for the end of September.  Less than 2 months from now we should be moving into our finished house!  Hurray!

On Sunday, Day 92, we decided to head to the land to see if anything else was done after we left Friday morning.  When we got there we were pleasantly surprised to see the stonework had finally started. 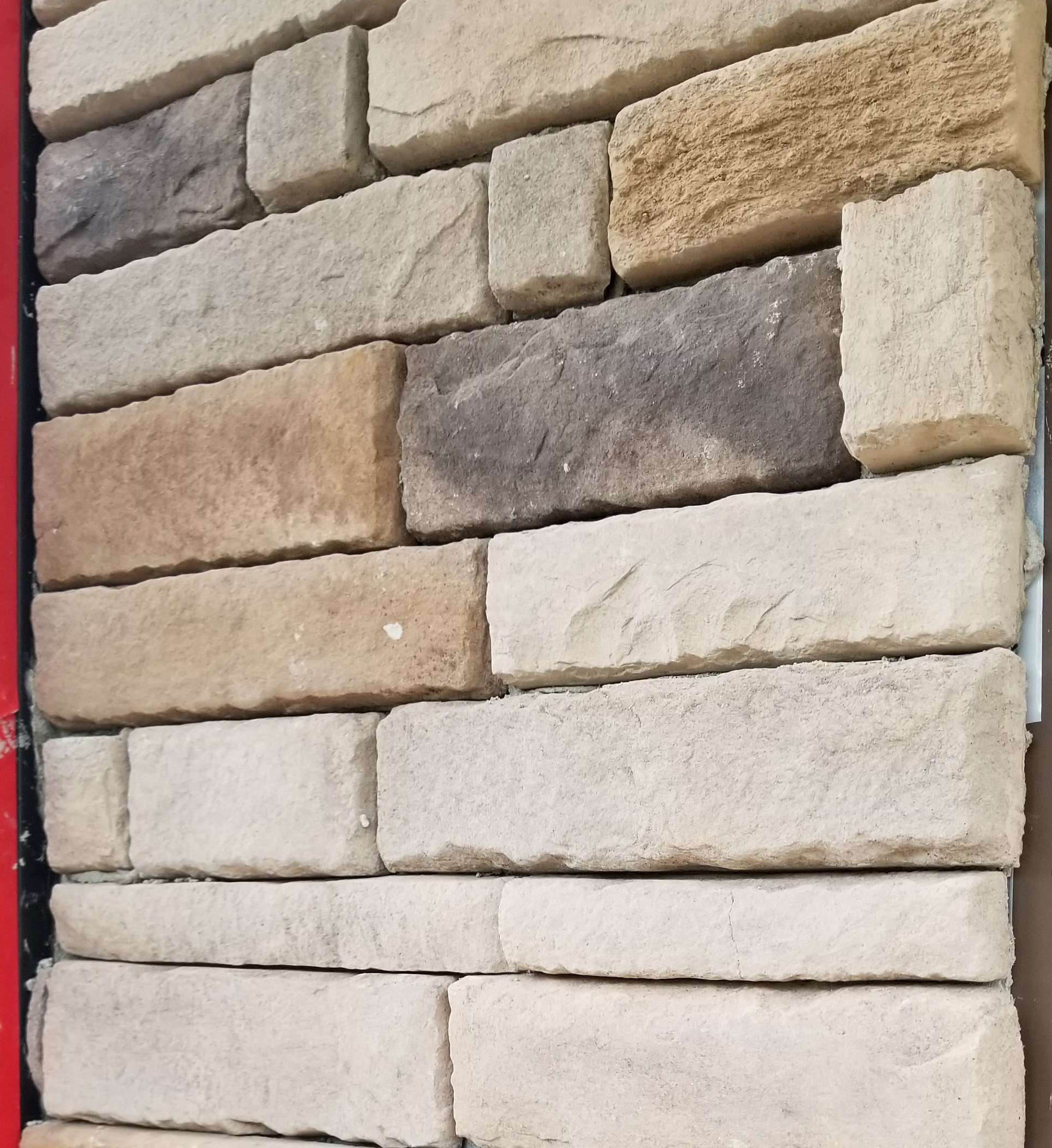 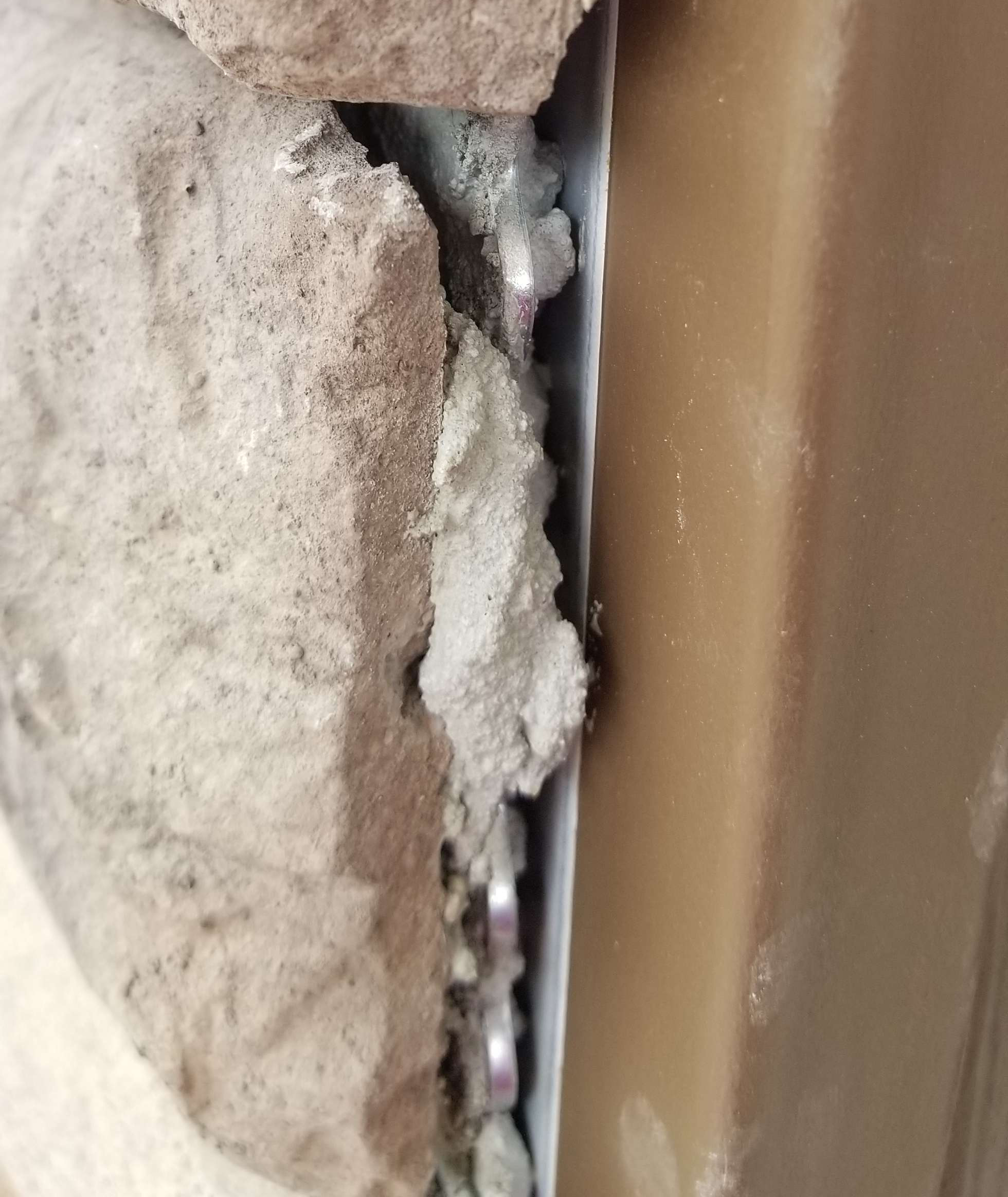 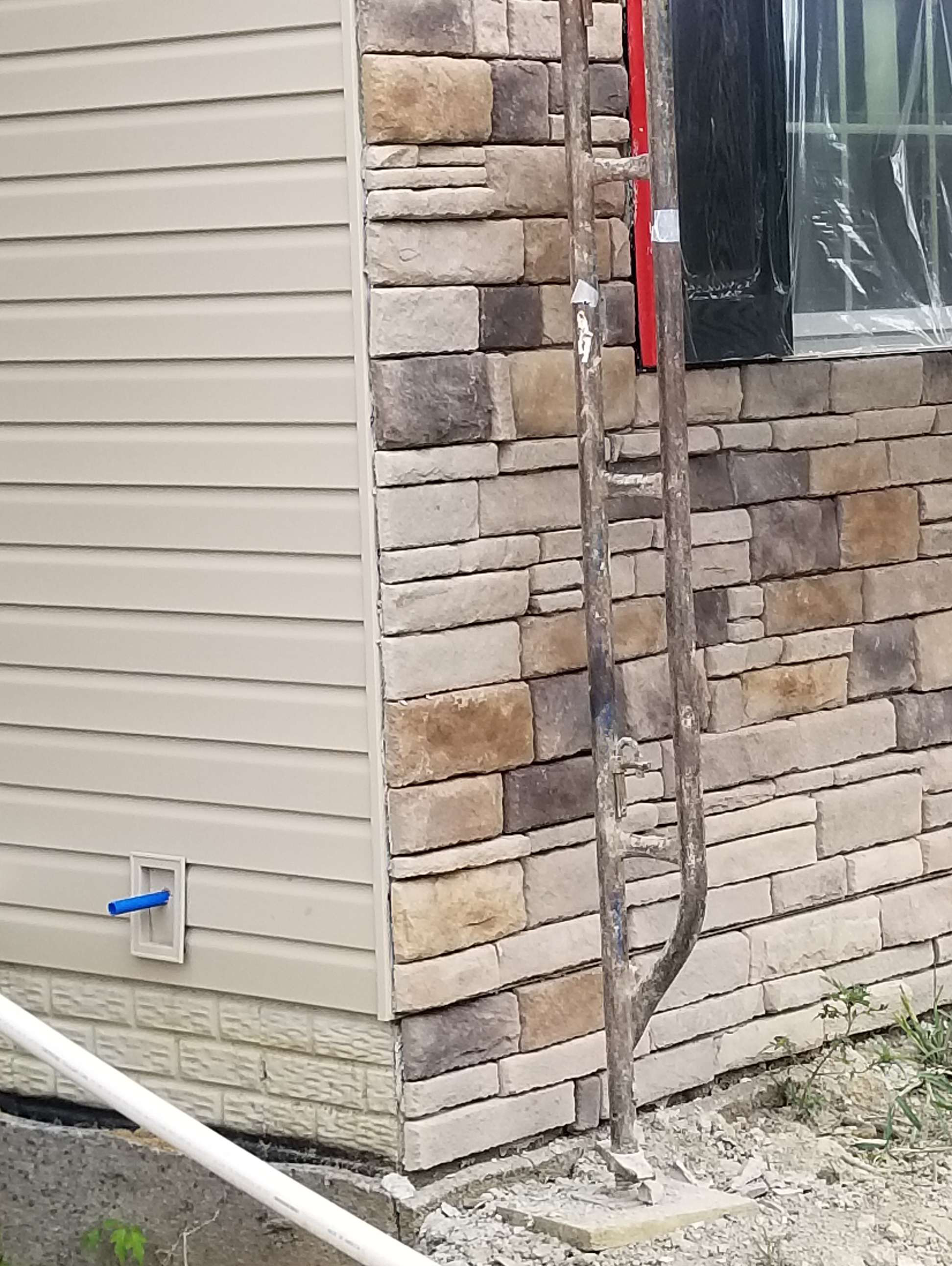 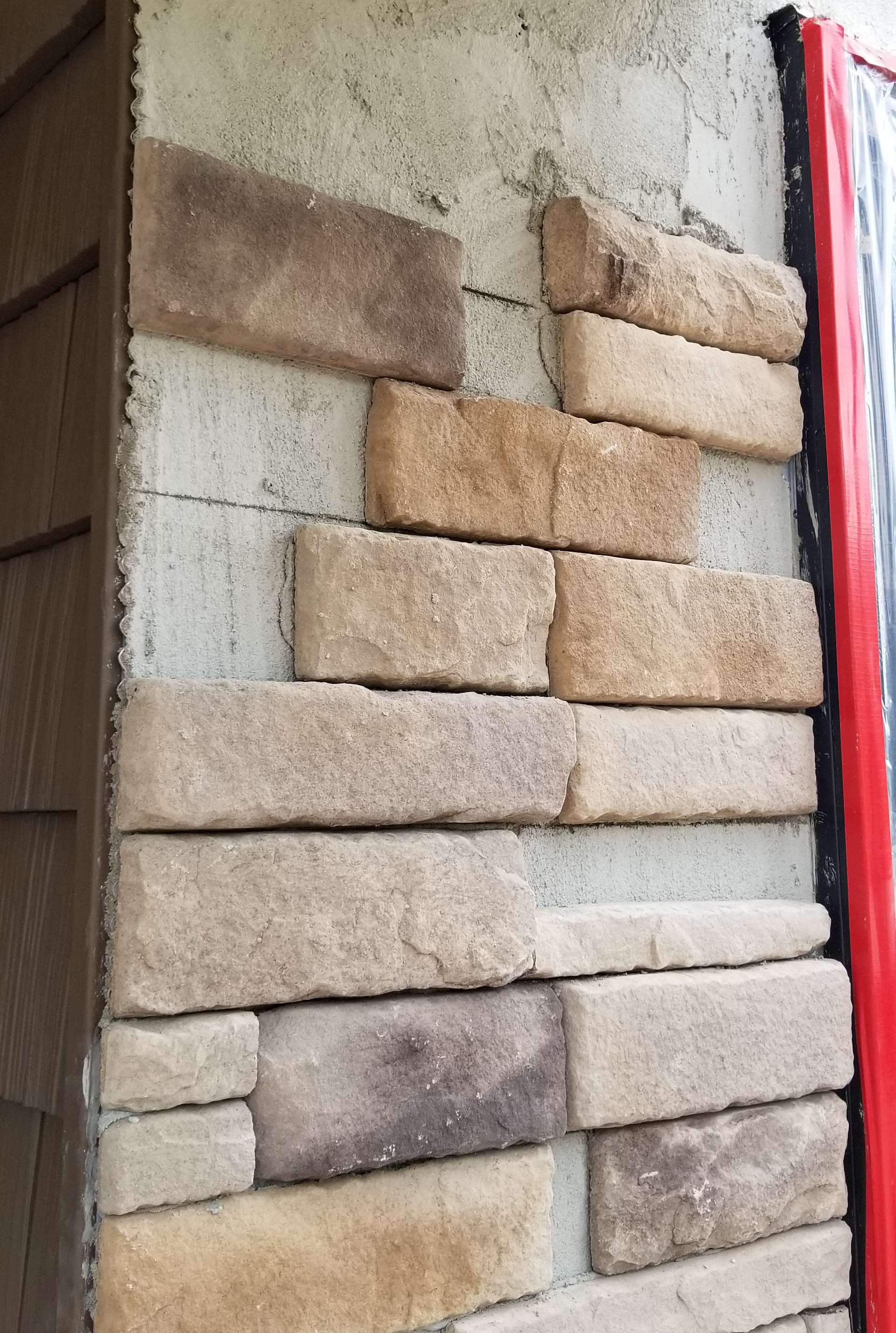 Inside we found the drywall had been split up and staged in rooms.  We take a lot of pictures of the materials being used for future reference.  We noticed the windows were open and were tempted to shut them, but figured they were left open for a purpose, like to have the drywall acclimate.

We went downstairs and saw that the lights now work which was awesome for getting some better pictures, but also for us to be able to envision the space a bit more.  We also noticed that the lighting is so much better than our old house, even though the basement is much bigger and both originally have basic lights, but the new house has more per square foot I think. 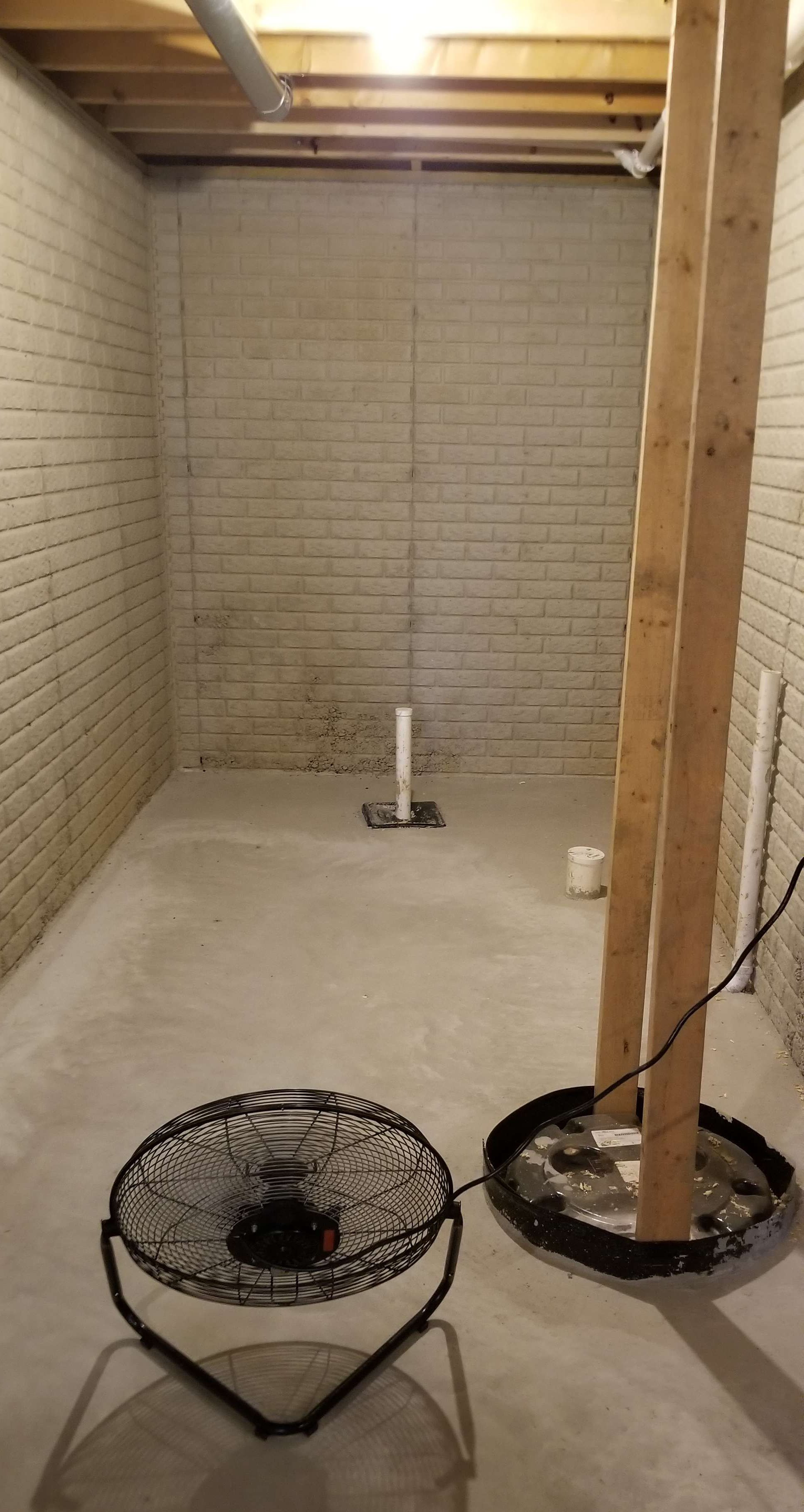 Well that’s it for this blog post.  I’m sorry it’s taken so long to get something up, but the delays plus an issue with my blog software has made putting up a new post a bit of a frustrating chore. I have updates from this week which thankfully includes lots of activity thus far and will make another post with those pictures soon.  Until then…