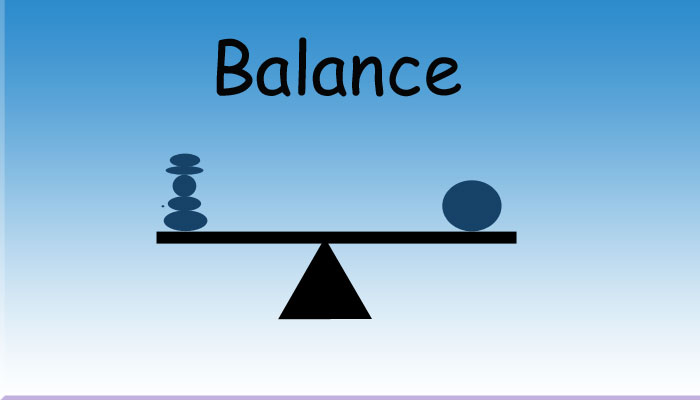 I don’t know about you, but I feel that often times parenting is about finding the ‘happy medium’.  As the saying goes, all things in moderation, I believe a lot of life is about not going to extremes.  This is definitely true in parenting, as handling one random temper tantrum or an occasional middle of the night wake up is different than dealing with a constant recurring issue.  We tend to give more grace to the child who makes an occasional spill over the child who never pays attention to what they are doing and causes repeated disasters.  It’s human nature really that we are able to deal with the one-off situations much more effectively than a constant stream.  We have more patience and more understanding when we don’t have to deal with those issues on a regular basis.

In life, the same pattern applies.  If a friend hurts our feelings from time to time, especially if we believe it unintentional, it is easy to forgive and move on.  If a friend is abrasive and constantly hurts your feelings and upsets you, most people will eventually drop that ‘friend’, as they seem more of a bully than friend.  At the same time we tend to shy away from someone who ‘tries to hard’ and seems to desperate to have a relationship with you.  Desperation or neediness is a turn off.

Then there is what society deems acceptable and what they do not, which isn’t always the same for both genders.  This brings me to where I am right now.  My adorable, fun-loving, creative, rough and tumble boy….also has a sensitive spirit.  Honestly, this is not surprising as both my husband and I have a lot of those same traits; however, our personalities being unique means we are impacted very differently.

Sensitivity in boys is not considered a good thing by society’s standards.  Somehow it has become ingrained in us that the male species is not supposed to cry.  That crying is a form of weakness and boys/men are supposed to be strong not weak.  I don’t buy into this notion, in fact I think it takes a great amount of strength to show vulnerability in front of others. That is not to say that all of your emotions should be on your sleeve or that emotions should run amok.  In fact I think way too many people are ruled by their emotions even when it is in direct opposition of what they know in their brain, but Creative Kid is 5 years old and at this age small things seem like huge things to them.  Time and maturity will separate drama from real emotions, especially when drama is not entertained by parents.

We even give those who bully sensitive children the upper hand and all the power as if they are right.  We tell our children to not show emotion…’don’t let them know they get to you, it will only make it worse’ we tell kids.  Why?  Why are we not telling our children that anyone who would pick on someone for being legitimately upset about something has massive character flaws?!  Why is childhood bullying an acceptable behavior for some adults?!  Why is ‘kids will be kids’ an acceptable explanation for some of these situations.  Children can be very cruel.  Most adults, if they see another adult having a bad day or crying over something, do not go up to that person and make fun of them or attempt to get leverage over them because they are upset, so why do we accept this out of kids?  If your child is a bully, I beg of you don’t brush it off as kids being kids…you are raising future adults, it’s best you get that behavior in check now.  If your child is bullied, I beg of you not to tell them to put their emotions in a box…that can lead to a very lonely life as well as heart issues from stress and bottling it all up.

I was the later and as a more extroverted person from a highly extroverted family, I tended to ‘put myself out there’ a lot as a child to try to make friends.  I’m sure at times I probably seemed desperate or wore my emotions on my sleeve.  I even did things against what I knew to be right to try to make other kids like me, who rejected me in one way or another.  It doesn’t take much about you being ‘different’ to make kids reject you.  So I learned to bottle up my feelings and that being alone was better than being hurt.  I didn’t even share things that were going on with my family because it was embarrassing and as extroverted people with lots of friends and an active social life, I didn’t think they would understand (my husband on the other hand was an introvert from an introverted family, so the pull to be more social wasn’t there and he was less effected with being more socially isolated).  My childhood left me with doubts and anxiety about social situations that linger to this day.  It left me isolated and distrusting of people to the point that I really don’t have any close friends as an adult either and I have accepted that ‘fitting in’ is something that will never happen for me.  Simply put, kids can be cruel and they leave lasting scars.

So here I am, the mother of a 5 year old rough and tumble, ‘all boy’, boy…who also is very social and has a sensitive spirit and doesn’t understand when someone does something that’s “not fair” or mean to them.  They are traits all to familiar to me as I have my own childhood baggage and don’t want to visit that on him.  Trying to strike the balance between not wearing your emotions on your sleeve and not bottling them up and closing yourself off, can be very difficult to learn even as adults, let alone to a 5 year old boy.  Lets face it, most of us are wearing a mask in life and aren’t being our authentic selves because we don’t think people would accept us if they knew who we truly are deep inside.

I want better for my son than to think he has to be anything other than who he is, but I also want him to channel those traits into healthy ways.  Finding the happy medium isn’t easy, but it is necessary if I want my sweet boy to grow into a strong, confident man.  And make no mistake about it, we are not raising children, we are raising men and women and hoping not to leave them with too many scars along the way.