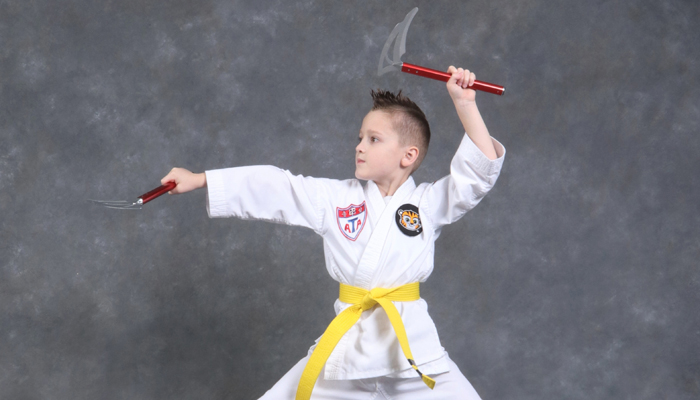 Wow, sadly it’s been seven months since I have given any updates. I’ve planned to do it at various times, but procrastination occurred due to the pursuit of perfection at first. I’m trying to use a new motto this year: done is better than perfect. Seeing as it’s now June, you can tell how that is going. ? That’s a hard one for me because I am definitely a perfectionist when I do things and it’s hard to motivate myself to do things if I know I don’t have the time to do them right.

So lets catch up on the last seven months, shall we? The month of November was filled with more unpacking and trying to get the new house in order. We got rid of a lot of shelving we owned at our old house for rooms like the game room and my craft studio. We no longer wanted open shelving attached to the wall and instead wanted free standing units. In addition we had wanted to do built in units on either side of the fire place in the great room but the one person we thought was looking promising for that job never contacted us back after some changes in their life. I don’t know if they no longer had the time to do it, wasn’t interested or what but with family coming in at Christmas time to stay with us, we didn’t really have the time to investigate other carpenters so we decided we would find freestanding units for the time being and either customize them later to look like built ins or have built is made at some future point.

In the end we spent multiple days going to Ikea and buying Besta and Kallax for several projects. Once Black Friday came we invested in a lot more Besta because they were having a 20% off sale. I ended up buying that purchase online and it ended up being a bad decision. First, our delivery was delayed and then when it came it was missing 90% of the cabinets and was mostly just the shelving and the delivery contractors knew nothing about what was supposed to be in my original order as they only get paperwork for what they are supposed to deliver that day.

When I called their service line, it actually said they were not taking calls because of call volume and they gave no options on other ways to get in touch with them! My husband eventually tricked the call system to get an actual person and they gave no explanation of why I didn’t get my full order…in fact they just asked what was missing and said it would be redelivered! Of course they only come out our way once a week so I lost over a week’s worth of work on the house and it was getting awfully close to when our house guests would arrive.

Did I mention I am a perfectionist? Oh my…the stress. We got the house presentable in time but it was not finished by any means. It’s still not finished for that matter and that is very frustrating to me, but I’m trying to give myself a little grace as we’ve had so much going on. While I have been trying to get my house in order: I was sick for a few weeks in late November into December, we’ve been trying to get new routines going on with our family life and with the house, we’ve had continuous car issues with what is supposed to be our newer/more reliable car, we had multiple holidays thrown in there, constant crazy weather, issues with our new internet provider, the quest to find a new church…the list goes on and on.

Here are some pictures of our new cabinets that sit beside each side of the fire place. We also got some of these same type cabinets to use as curio type cabinets in the dining room. I’m still working on all the areas that have glass to decide what goes in them as I have a lot of knick knacks and just threw everything in there initially to get them out of boxes, but now I want to thin them out and rearrange. More pics in the future. Here are also some photos of the game room set up that used a lot of our order that was missing and why we were upset that we lost a week. Getting this all done was a lot of work!

We had a great Christmas and enjoyed having family here immensely. Was everything set up the way I would have liked it? No. And for that matter it’s still not. I heard it takes 3 years after moving into a new house to get it the way you want it and I can believe it. I thought I would be much farther along than I am right now. Part of the slow down is that life continues moving. You can’t stop it and say, “no, I want to solely focus on getting my house the way I want it” and spend all of your time there…..work still happens, homeschool still has to happen, activities and events still go on, illnesses happens, things break and have to be fixed, weather gets in the way, etc. There is always something going on.

Here’s a couple of pictures of those things. Our first Christmas tree at the new house and some Kickpix of Creative Kid from Taekwondo that was taken around this time.

By the time January came around, I just needed a break. Like a break, break. I didn’t feel like doing anything, I just wanted to…be. Ever get that way? You’re exhausted from the constant push and your motivation just goes into the toilet. I guess it was due. I am not a like to be on the go kind of person and I like to work on one major project at a time and see it to completion. Sure I multitask…what mom doesn’t, let alone a home schooling mom! But I don’t like having too many huge irons in the fire at once and the past couple of years took me way out of my comfort zone. It felt like about 5 years of busyness and stress wrapped up into about 18 months. For me, it was just insanity and it felt like I was finally getting a chance to breathe.

So that’s just what I did. It was snowy and cold and we had snowball fights and stayed huddled under blankets and I just felt like hibernating. I enjoyed being surrounded by our new environment. We see wildlife of some sort every day. Even as I type this I looked out the sunroom window and saw a dear snacking on some foiliage on the floor of our woods. Through the winter it was not uncommon to look out and see blue jays and cardinals, deer and wild turkeys, squirrels and chipmunks, etc. I’ll insert a few pics of the sights I have captured.

The snow was beautiful hanging on the trees and looking out our bathroom window, it literally looked like a picture.

By the middle of February I was already over winter though and tired of being cooped up and freezing. I don’t do well in the cold….yet I live in Ohio!?‍♀️ I started working on the last room that was still full of boxes, my craft studio. It is 4 months later and it’s still not completely finished. It required purging and multiple more Kallax and other purchases from Ikea, but I’m at that stage where I have little bits of this and that sitting around that I still have to get rid of or find a place for so when that is done I will be sure to post some pictures of the finish room. (I’m sounding like a broken record on that, right? So much to do and I don’t like to take pictures until it’s all completely done.)

The craft room took up much of February and March. April brought our annual trip to the Great Homeschool Convention in Cincinnati and I will be surely doing a post on that in the near future. It’s one of my favorite things to look forward to each spring. This year we took a few extra days off and turned it into a mini vacation since we haven’t been anywhere that we just get to relax and chill in a really long time.

Last month meant the beginning of trying to get some things done outside. We are waiting on our excavator to get back with us about helping us do some additional grading and a final grade for grass. At this point we are planning to plant the grass ourselves. The grass we planted in the septic field last fall has come up and we have overseeded and fertilized it recently to help it along. It’s not full and lush yet and we are still going to need to do more spot work, but it’s getting there. We also are almost done with some organizational systems we have added to the walk in coat closet/networking closet in the last month. Expect a blog post when that is complete!

Oh and you remember that internet issue I mentioned earlier? Well we have determined that in order for me to upload pictures to this blog I basically have to use my cell phone as a hot spot because our internet has went downhill after the first couple of months and I can no longer upload batches of photos without them timing out. In addition, I have a new computer and it’s network card seems to be problematic on our wifi. It likes to drop out when no one else in the house is having an issue. Oy vey. I also couldn’t find the installation CD for several months to the photo editing software I use to put it on the new computer. ?‍♀️ And did I mention I lost access to my email for several weeks after a Windows update seemed to screw up Outlook. The pièce de résis​tance is that a software update has totally changed the backend editor of this blog and the changes are downright painful to my brain. ? It’s been an adventure to say the least.

So there’s the short story on the last 7 months and of my blogging woes. Hopefully now that I have all the software I need and have work arounds for the internet issues I can get back to sharing our lives and the progress on turning our house into a home on a more regular basis again. We also had our first warranty issue with the house and I want to do updates on how that went and we’re soon to have to do another one so I will document that as well. None of the issues are major, but things that need to be taken care of and the people we have worked with so far have been helpful and conscientious. I look forward to updating all of you on this for those of you who are reading this for information on building with Wayne Homes.

One Reply to “Seven Months Later…”