We officially signed Creative Kid up for a year of Taekwondo for a year.  It’s a bit financial commitment, even more than I thought it would be, but the teachers are really good with the kids and we really think CK will benefit from his time here.  At first we were reluctant to make a commitment to more than 6 months because we didn’t know if this facility will work out once we move.  The half an hour drive doesn’t seem like a lot, but doing it 2-3 times a week may end up being too much.  However, they assured me that when we move all they need is proof of the move for us to get out of the contract if we find it isn’t working out for us and we need to find a place closer.

Creative Kid was so excited because it meant he got his own set of tools and the badges that show he is part of the black belt club.  The day before this class we went to another Taekwondo class and CK was not listening to his instructors very well and had not one, but two meltdowns over not getting one more turn at something.  We had a huge discussion with him about if he didn’t show he could listen to the instructors we wouldn’t be paying to put in him the program after the trial month.  Today he tried hard to listen and not melt down when things didn’t go his way, so we made the commitment. 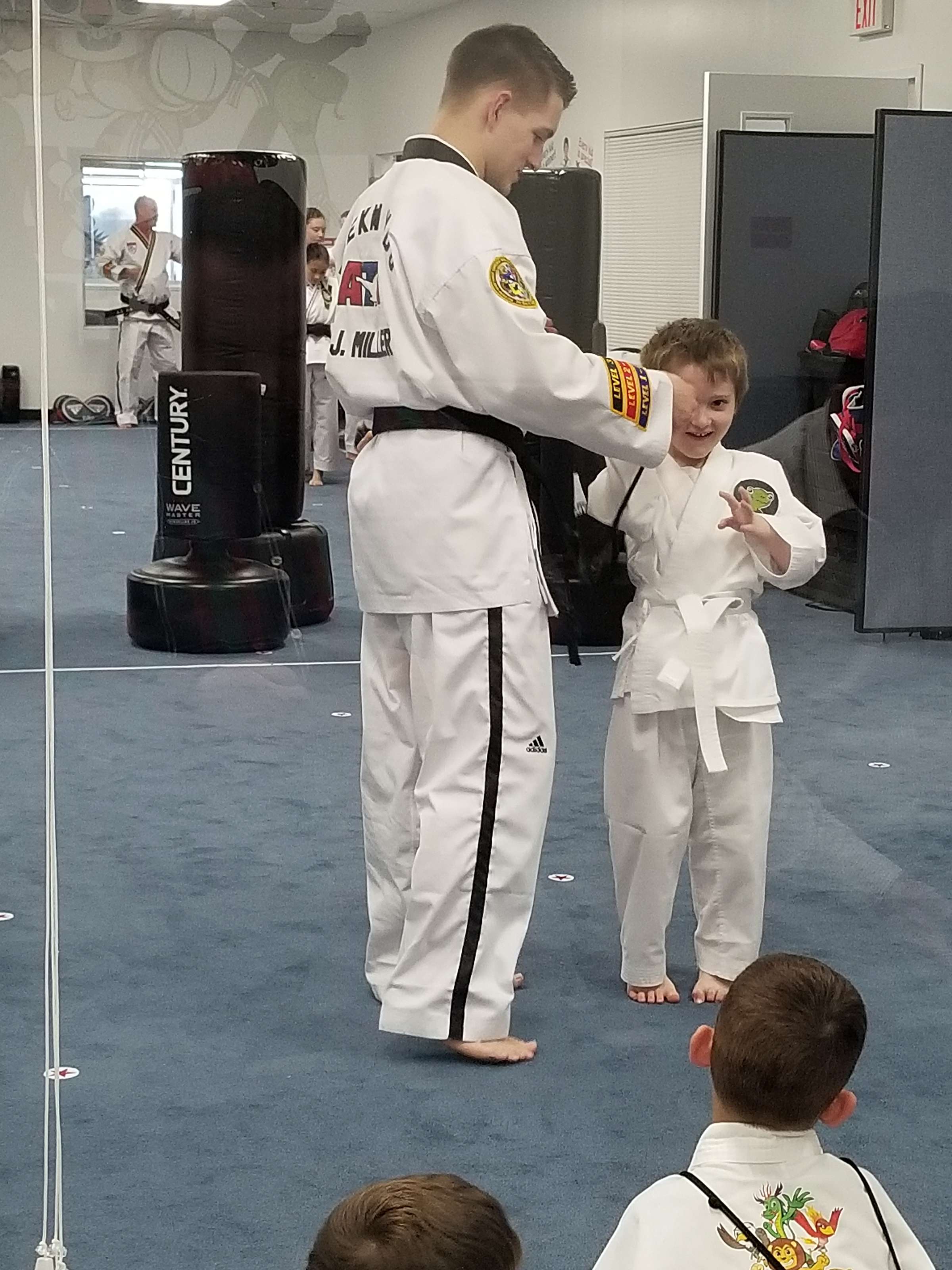