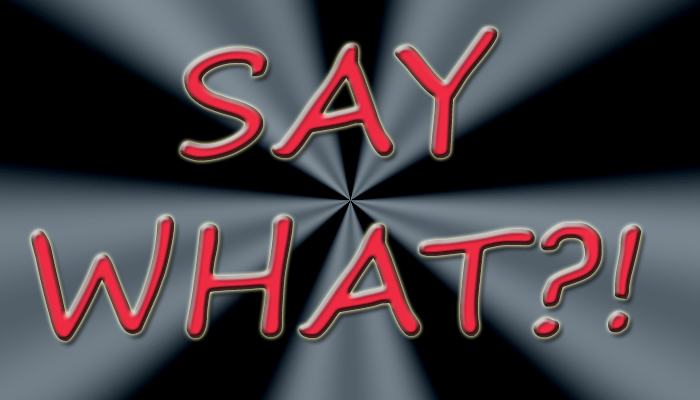 This is going to be a series of posts, a little tongue in cheek about the title, but the series will highlight articles about ridiculous public school situations where common sense has flown out the window.

Today’s entry into this virtual hall of shame, is this article about a 5 year old girl who was suspended from kindergarten for pretending to have a gun that was just a stick she picked up off the playground during some imaginative play with other kids.  It seems they were playing king and queen and she was the guard protecting the royals and picked up the stick and pretended it was a gun to defend the kingdom from an intruder.

The school said that the girl “posed a threat to other students”.  Could someone please tell me what threat she posed?  Not imaginary threat, but actual threat.  Will the stick gun spontaneously combust and throw splinters at the other students or something because all I am seeing here is an over-reaction to the idea of a gun, even if it’s fake, made out of a kids imagination (which should be encouraged), and is in the form of a naturally occurring form of a stick.

It leaves me pondering exactly when did America lose it’s mind, because common sense has completely flown out the window.  The school defended the policy saying they will “not tolerate assaults, threats or harassment from any student.”  They say that she posed a threat when she made a shooting motion towards the other students.  Since when do we punish children playing for imaginary threats?!  This is ridiculous and is absolutely the problem with zero tolerance policies.

Did they really think she was trying to physically threaten the other children?  Did they think the imaginary wood gun could shoot real bullets?  Did the other kids actual take her fake wood gun and pretend play threats as real?  My guess is the answer to all of these questions are no.  Of course not!  But that’s not what this is about.  This is about the continuous push to blame guns for crimes instead of the person pulling the trigger.  It’s about trying to blur the lines of black and white and say everything is gray and subjective.  It’s about saying there is no clear right and wrong…good and bad…and no one should be judged.

Guns are not bad.  They are an inanimate object with no feelings or motives.  Some people, on the other hand, are bad and do bad things.  BUT in an effort to not label people ‘bad’ and excuse bad behavior, and many times down right evil behavior, there’s a push to label all guns as evil instead. Funny, I’ve never see a gun discharge without a human causing it.