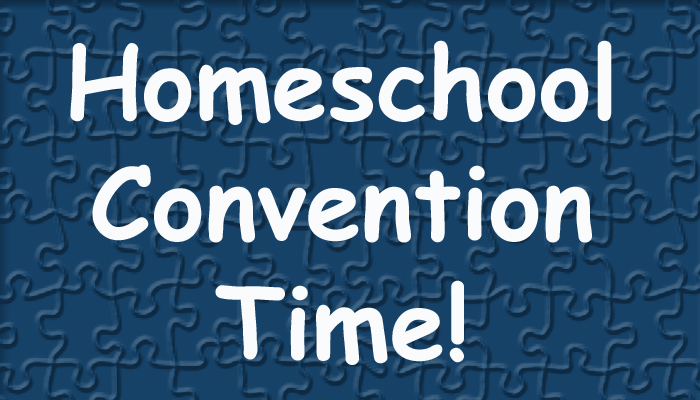 The morning of day 2 was an early one.  Sessions started at 8:30 and we had to go to the kids program to drop off Creative Kid first and we needed to grab some breakfast along the way.  We went down to the convenience store/Starbucks inside our hotel and grabbed a couple breakfast sandwiches for the adults, a muffin for Creative Kid and some drinks.  After eating quickly, we walked across to the convention center and I went to my first session of the day while my husband took CK to the kids program.

We went to separate sessions this time.  My husband went to a session on distractible kids while I went to a session by Colleen Kessler on Giftedness.  We’ve suspected that some of the issues we have with CK is due to giftedness and this session addressed what giftedness is and how it is often misdiagnosed and misunderstood.  I took lots and lots of notes and recognized many traits my son has and I am fairly confident that he is indeed gifted.  I have plans to get some books that she recommended and maybe seek out a community to be a part of to hear other people’s experiences.

Shortly after our first session was over, we got an email from Wayne Homes that our building permit had been approved, but they wouldn’t release it until they had a copy of the zoning and septic permits.  We already have the zoning permit, so we’re still just waiting for the septic permit that seems to be taking a while.  We were very excited to hear about the building permit because we had no idea it had been submitted!  When we talked to our field manager, he said that would happen after the septic came back, but obviously they had already submitted it for consideration without letting us know.

We met back up for our second session of the day, another Kathy Koch session called 8 Great Smarts.  It’s based on her book of the same name which explains how there are 8 different types of smarts or ways of thinking and learning.  This session and her book help you identify what areas your child (or you) excel in so you can foster those things while also working on some of the smarts that maybe they struggle with sometimes.  Again she had handouts and lots of useful information.   It was easy to identify a couple areas that Creative Kid is strong in and other areas he is weaker in…we also gained some insight in ourselves.

After our second session we picked up Creative Kid and headed down to the vendor hall to eat lunch and do some shopping.  One of the first things I bought was a session special at the Celebrate Kids booth that included all of Kathy Koch’s books for a reduced price.  I was going to have Kathy sign a couple of them but CK, who had been with daddy shopping, had a meltdown about that time.  The lack of proper sleep was showing and it was even more reason I wished we had skipped the evening event last night.  We sat for a while and regrouped and then went to the Rainbow Resources booth where I bought a new book from A Reason For Handwriting and the level up kit for All About Reading.  Last year I waited until the last day and missed out on buy some of what I needed at that booth, so I made sure to go earlier rather than later this time.

After taking Creative Kid back to the kids program, we split up again for the next sesson.  I went to another session by Colleen Kessler on worry and anxiety in your children.  Anxiety often accompanies giftedness and we definitely see that in CK at times.  I learned a lot about anxiety in kids, how to deal with it, the different kinds of anxiety and how to overcome them.  I took multiple pages of notes and went away with thinking that although my child has some of these tendencies, he does not have them to the extreme as some kids and I am grateful for that.  There are definitely techniques though that I can use to help him when he gets anxious.

My husband during that time had went to another session from Nicholeen Peck that I had wanted to go to, but the worry session won out for me.  After those sessions we were to pick Creative Kid back up and go to a session on how to start a family business on Youtube.  However, my husband’s session ran waaay long and I ended up going to the Youtube session to grab three seats.  He eventally had to bail on his session to go grab CK and they got into a very packed room a couple minutes after the session had started.  We learned a lot about Youtube business models and how to start a channel with forward thinking in mind.  Creative Kid is very interested in Youtube and having his own channel in the future, so this was a good session for us to attend.

Originally we were going to go to dinner and then to one last session of the day, but because of the lack of sleep affecting CK’s attitude, we decided to skip the evening session and just go back to the hotel and figure out a restaurant for dinner.  After much gnashing of teeth and realizing that most of the stuff around the hotel was not food we wanted or could serve CK, we decided to give the hotel restaurant a try.

I’ll give the Hyatt hotel restaurant a 6 out of 10.  We had jalapeno corn bread as an appetizer and that was good.  For our main meals there wasn’t a lot of normal options for CK and we ended up settling for gluten free chicken nuggets.  CK really didn’t like them and hubby tried them and said they were disgusting.  The other options were more ‘froo froo’ for lack of a better term and were not things my son wanted at all.  For me, I had a 4 cheese macaroni with brisket on top.  The brisket was fatty and cut so thin it was almost no meat taste to it and the cheese in the 4 cheese macaroni was so overpowering it was too rich…and I am a person who loves cheese!  My husband said his food was okay, but overall we just weren’t overly impressed.  Next time we go, we will have to find a place to eat downtown that is fairly close to the hotel and has more than pretentious food that is overly priced.  It also took quite a while to get our food and quite a while to get the check, which didn’t help our mood.

We all swam in the pool to relax and then it was off to bed for our little guy.  We are not used to sharing a room with him, we normally get a suite, but we sacrificed space to get proximity to the convention center.  So we turn off all the lights and then wait for him to fall asleep and then turn back on one light for us to read by and plan for the next day.  We can’t be the only ones who do this lovely nighttime ritual in hotels, right?  Hopefully we’ll all get better sleep tonight.