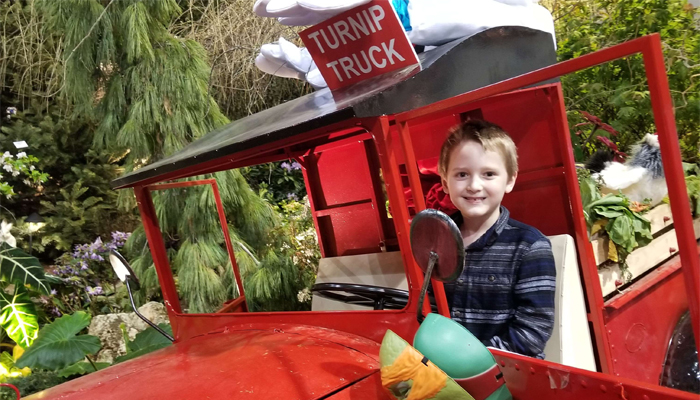 Last month we went to the Columbus Home and Garden show that is sponsored by the Columbus Dispatch.  It was our first time going to it and I went there for several reasons.  One, we are probably going to need a landscaper before the end of the year to help us plan out flower beds, trees and in general the front yard.  The second reason was that I wanted to get contacts and ideas for our future deck and pool in the back yard.

At first when we entered it seemed fairly small, but that was before we realized there was a connector aisle that went into the big building on the fairgrounds that normally houses a lot of the sale booths during the state fair.  That building is HUGE to say the least.  There was a lot of stuff to be seen and a lot of different types of businesses.  There were the things we were looking for but there was also everyone from roofers to cabinet makers to bathroom remodelers and everything in between.

I have mixed feelings about the experience we had.  We had lots of people trying to get our business and hound us to look at their product, but we found out pretty quick that an easy way to shut them down is to tell them we’re building a new house.  I mean why would you keep trying to sell me on new windows when we’re about to have all new windows?  So  that was easy enough to bypass so we didn’t waste our time; however, one thing that left me a little put off was that some of the landscapers or pool people didn’t really seem interested in talking to us unless we were looking for someone right now.  The fact that we were 6 months or more out from needing their services made us not worthy to spend their time with in most cases, even if they had no one else as their booth waiting to talk to them.  It definitely was off putting for me.

On the other hand I got some good ideas from some of the displays and in general it energized me thinking about the future while we were sitting there spinning our wheels waiting on all the stars to align so we could start our house build.  I brought back pamphlets and took a few pics of things I wanted to remember in the future, but I will definitely be looking for companies that are willing to answer questions even if I’m not ready to use them immediately.  Dismissing people just because you won’t make money quickly off them is bad business.