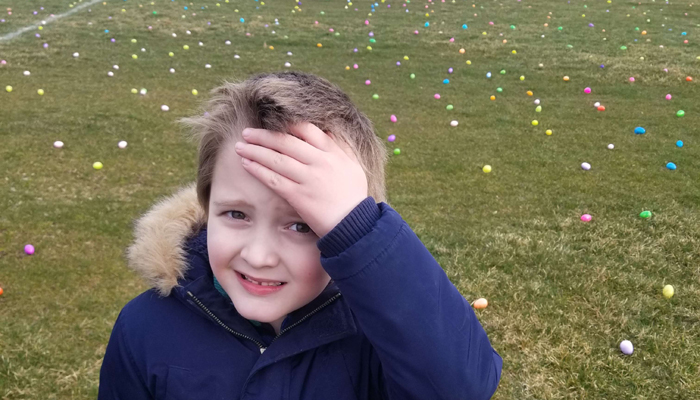 Normally for Easter we would have a family get together at our house and have a little egg hunt for the kids.  This year we are in a small apartment with no yard of our own, but we still wanted Creative Kid to be able to participate in an Easter Egg Hunt.  So I did some searching and found that the local Kiwanis Club (Dublin, OH) was putting on a free egg hunt and there was a pancake breakfast ahead of time for a small fee. 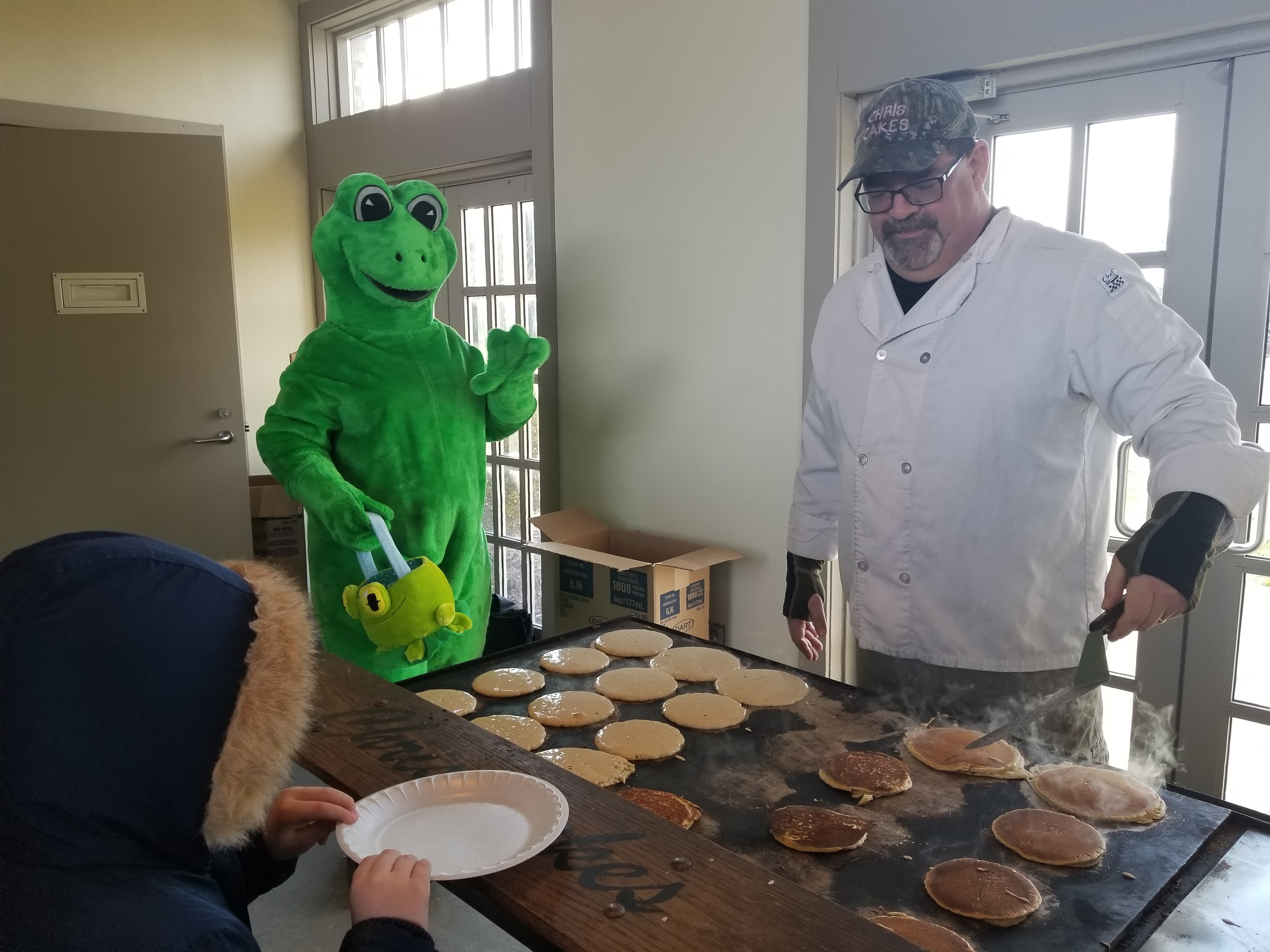 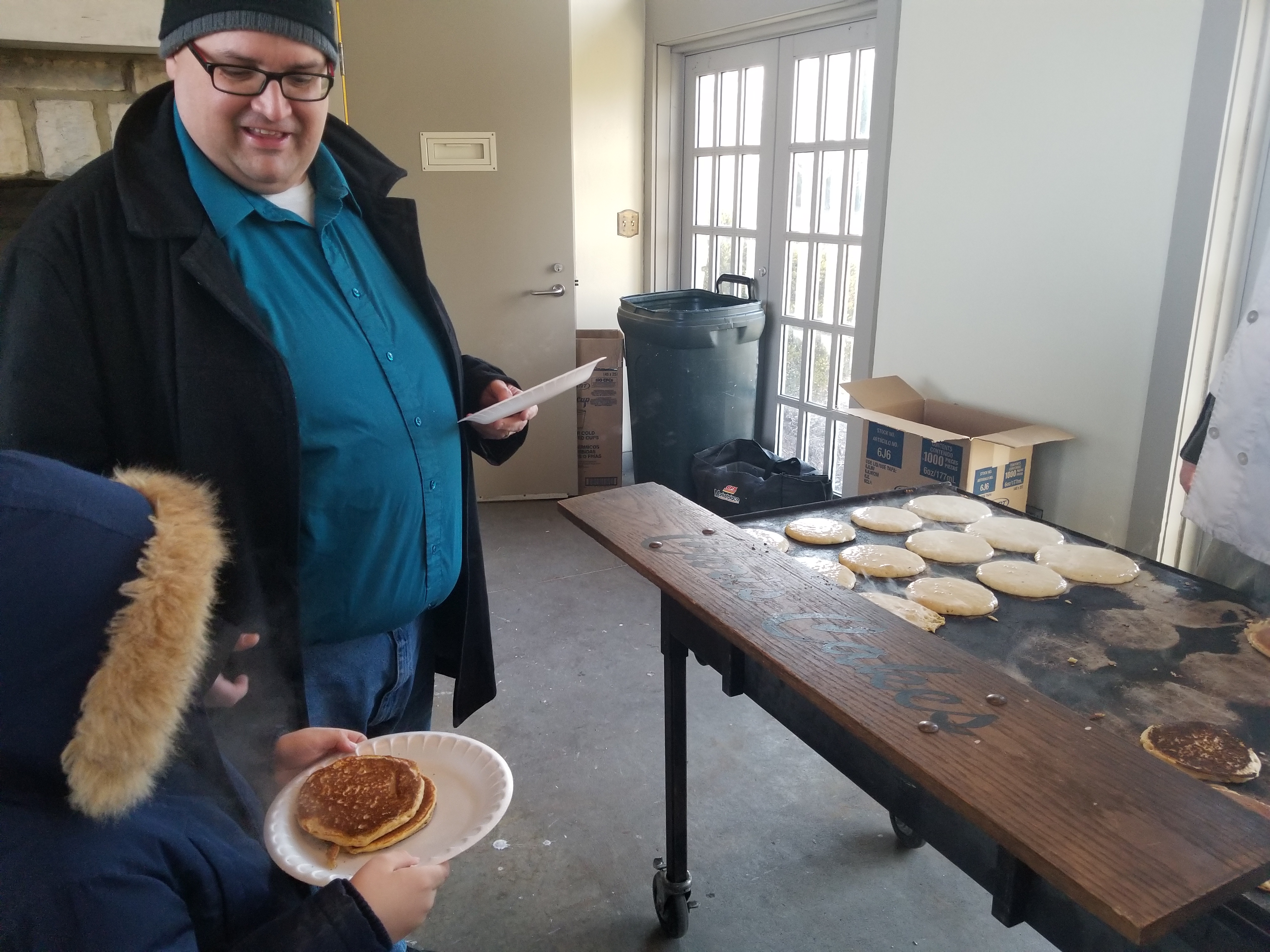 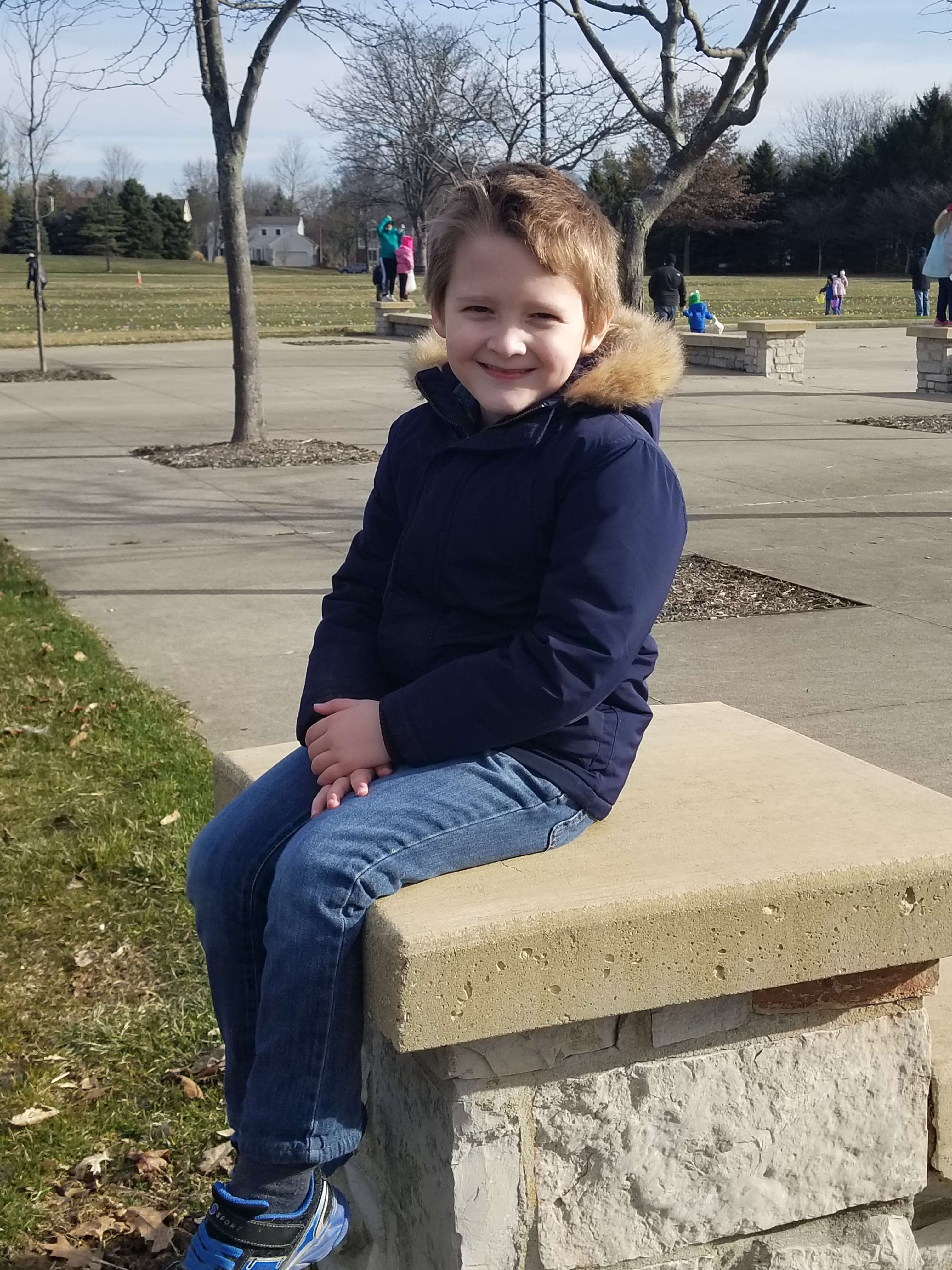 So today we went early to the park where it was being held and found out quickly that we didn’t need to be there so early.  It was also cold, so it would have been better to come a bit later.  Creative Kid got to experience catching his breakfast for the first time as they flip the pancakes to you.  Then we took pictures with some of the costumed characters and waited for the egg hunt to start. 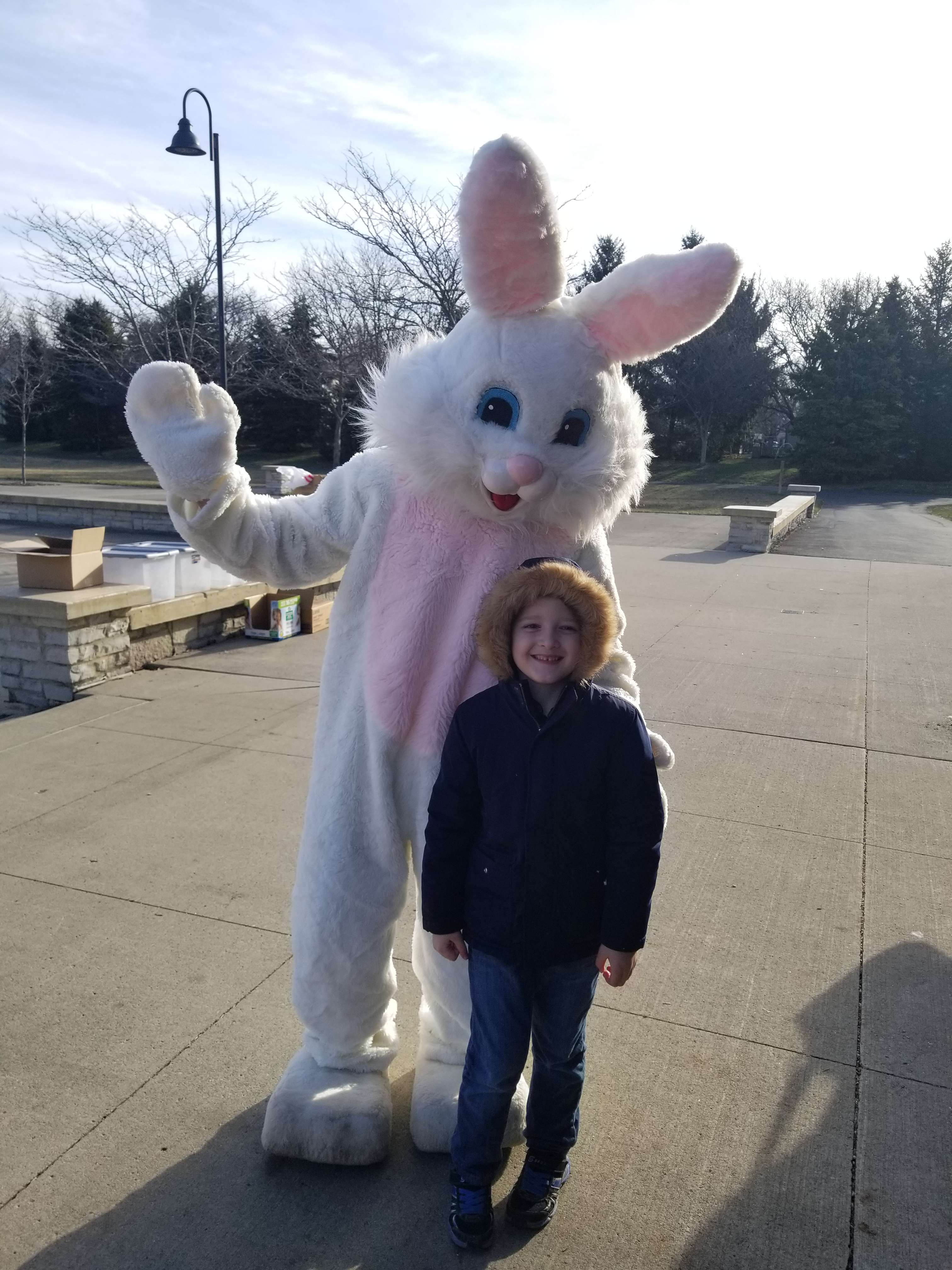 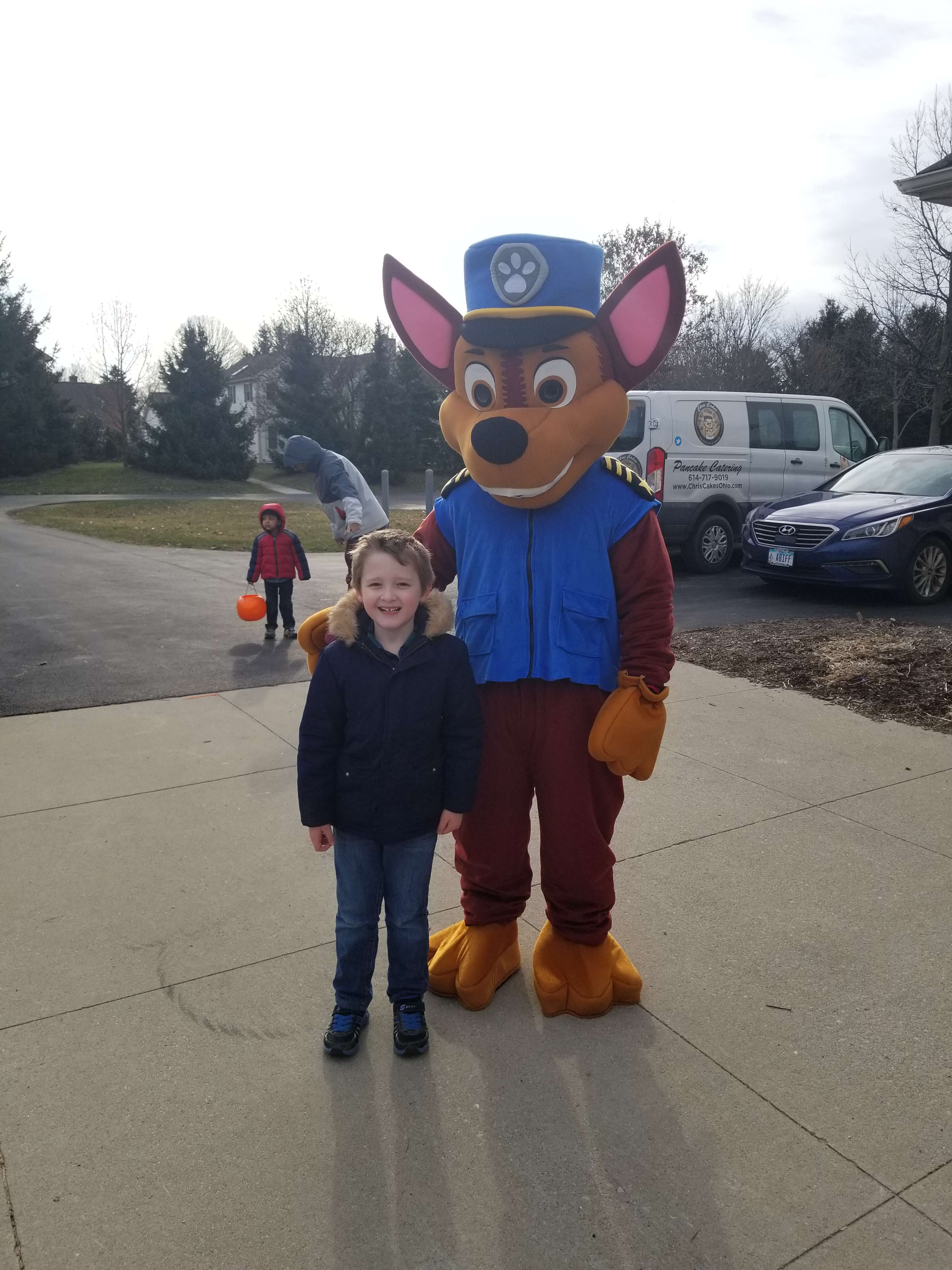 Creative Kid didn’t get a ton of eggs as it was his first time at an egg hunt with sooooo many kids!  But he had a great time and that was most important!  He insisted we ‘go live Mommy’ on Facebook so everyone could see him at his egg hunt and then he wanted to share his candy with us once he got in the car.  So sweet. Love my little guy. ❤

If we did this again, we’d definitely not get there when the event starts, but maybe a half an hour before the egg hunt so we wouldn’t have had to wait in the cold for so long after we finished eating.  There was fireplaces that were lit in the shelter house but that did little to keep us warm.  Also my husband had to walk to the main building for the park to go to the bathroom because the shelter houses aren’t officially opened for the season so the bathrooms were still locked.  Still I would definitely recommend this event to anyone looking to go to a public Easter Egg Hunt in the Columbus/Dublin area.